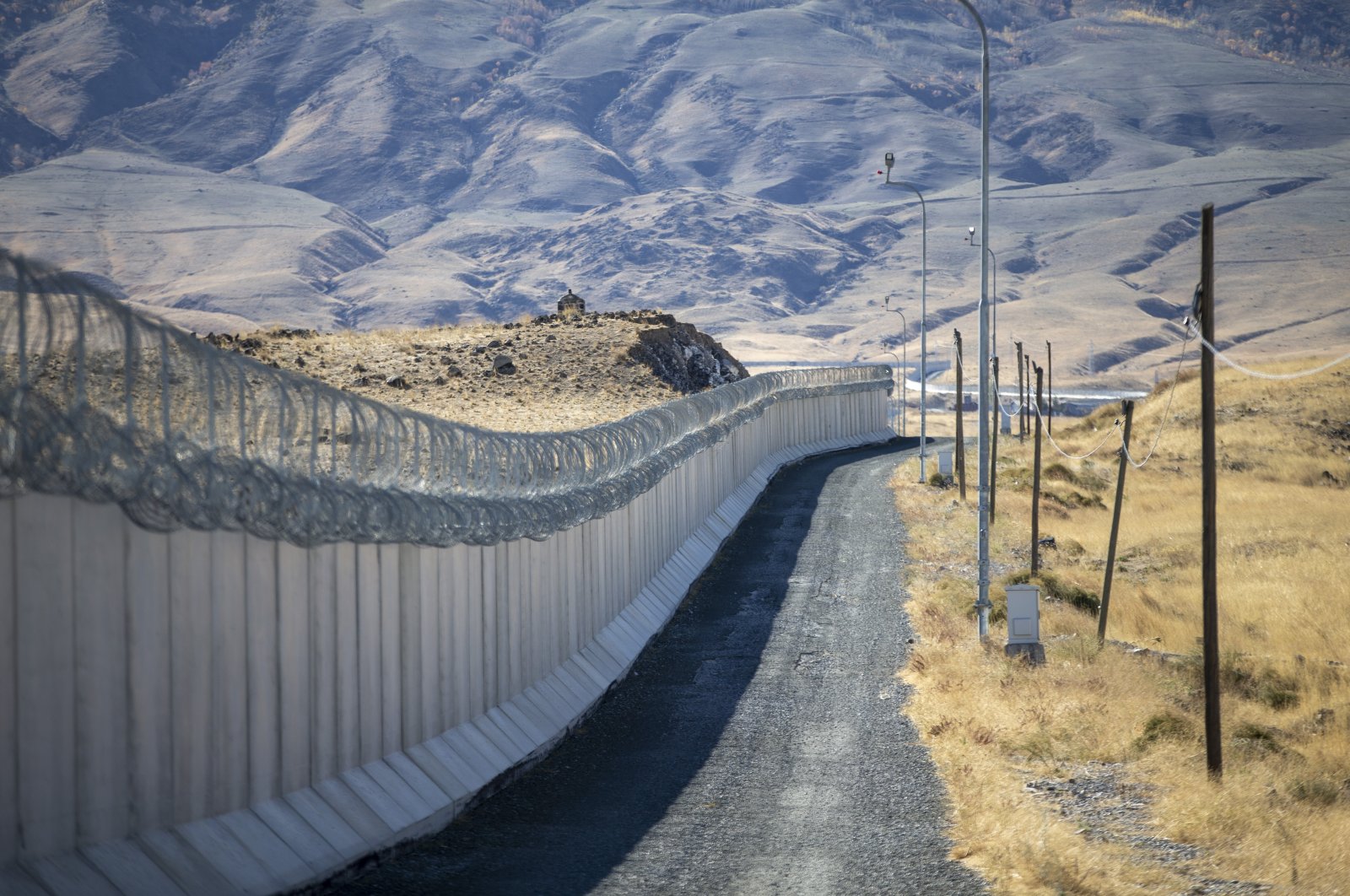 The 145-kilometer (90-mile) wall that was recently completed along the Ağrı-Iğdır section of Turkey's eastern border with Iran has proven successful in preventing irregular migrants and smugglers, especially terrorists, from entering the country.

Every precaution is being taken at the border to prevent illegal crossings and eliminate terrorists. Turkish security forces are able to instantly detect individuals attempting to illegally enter Turkey from Iran through the Integrated Security System while they are still outside the border.

Border units are on alert around-the-clock, tasked with catching irregular migrants then delivering them to the relevant institutions.

Thanks to the capabilities of the border security system, security forces detected 1,693 irregular migrants approaching the border in 85 incidents in the region in the last month and prevented them from entering the country.

Personnel overseeing the manned and unmanned watchtowers, which are deployed at different points on the road along the wall, keep their eyes fixed on the border, ready to report any violations, as security forces patrol the road in armored vehicles manufactured with domestically produced resources. Both are on constant alert, ready to prevent any threat.

In addition, wire and panel fences have been fixed to the top of the wall to discourage those attempting to illegally climb over it.

The project was initiated in 2015 with the aim of stemming the ever-increasing flow of irregular mass migration along Turkey's 2,949 kilometers of land borders. Since 2015, 837 kilometers of Turkey's 1,295-kilometer southern border have been sealed with a border wall. In the east, walls have been erected along 168 kilometers of the 1,182-kilometer border since work began in 2017.

The construction of a wall along 73 kilometers of Turkey's 2,477-kilometer eastern and southern land borders, all neighboring Iran, also continued this year. Work is ongoing to bolster the 238-kilometer stretch along the Iranian border in the east and 33 kilometers on the border shared with Iraq in the south.

Authorities say there are 182,000 registered Afghan migrants in Turkey and up to an estimated 120,000 more unregistered ones. President Recep Tayyip Erdoğan urged European countries to take responsibility in the event of an influx, warning that Turkey had no intention of becoming "Europe's migrant storage unit."