Over 1,000 km of Turkish land borders protected by security walls 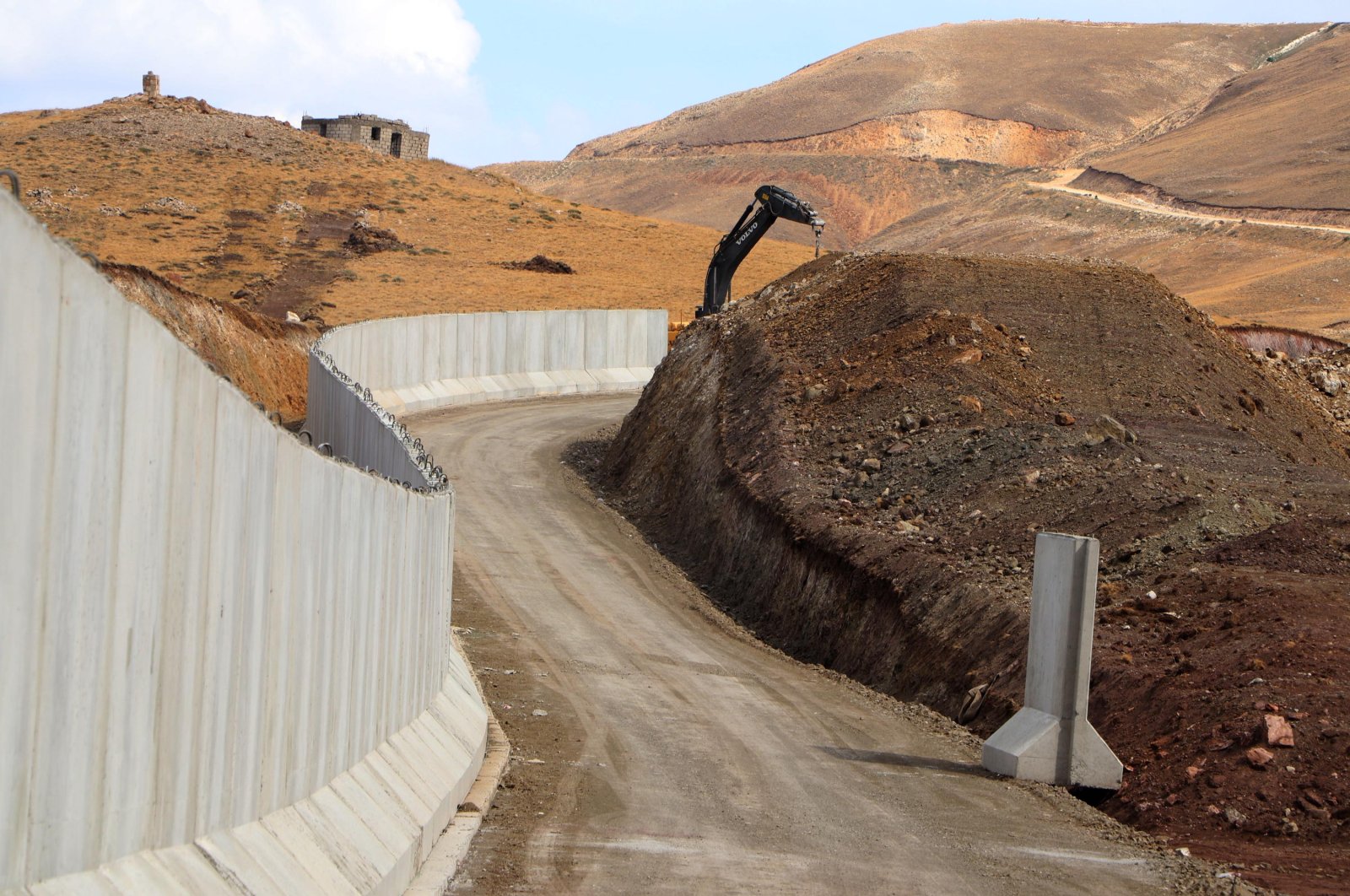 Over 1,000 kilometers (621 miles) of Turkish land borders have been fortified with security walls to prevent potential migration waves as of September, the Presidential Annual Program for 2022 underlined.

Within the scope of the physical security system project initiated in 2015 to secure the country's borders, security walls were constructed along 1,005 kilometers of Turkey's land borders, accounting for 34% of borders.

In the Presidential Annual Program for 2022, published in the Official Gazette, procedures designed to prevent illegal passages were listed under "security services."

The project was initiated in 2015 with the aim of stemming the ever-increasing flow of irregular mass migration along Turkey's 2,949 kilometers of land borders. Since 2015, 837 kilometers of Turkey's 1,295-kilometer southern border have been sealed with a border wall. In the east, walls have been erected along 168 kilometers of the 1,182-kilometer border since work began in 2017.

The construction of a wall along 73 kilometers of Turkey's 2,477-kilometer eastern and southern land borders, all neighboring Iran, also continued this year. Work is ongoing to bolster the 238-kilometer stretch along the Iranian border in the east and 33 kilometers on the border shared with Iraq in the south.

In Van, which has the longest border with Iran, security forces are taking every possible precaution to prevent illegal crossings, smuggling activities and terrorist infiltrations by constantly monitoring and patrolling the border with armored vehicles.

Authorities say there are 182,000 registered Afghan migrants in Turkey and up to an estimated 120,000 unregistered ones. President Recep Tayyip Erdoğan urged European countries to take responsibility in the event of an influx, warning that Turkey had no intention of becoming "Europe's migrant storage unit."

Soylu also visited Iran last week to sign a memorandum of understanding designed to prevent the terrorist and illegal activities the countries face, particularly along their borders.