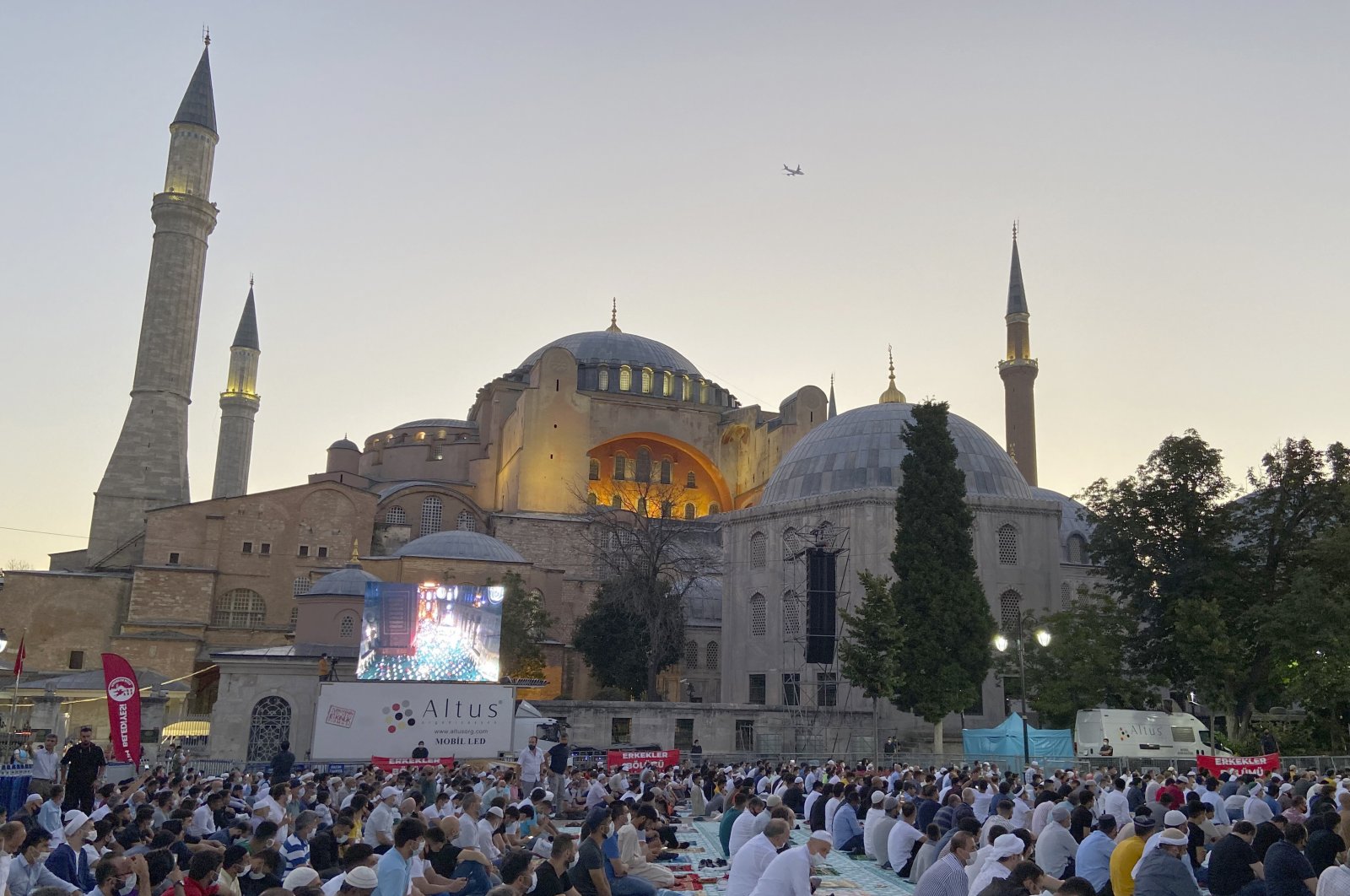 A group of unidentified people on Tuesday attacked a 16th-century historical Ottoman-period mosque with stones in the Greek city of Trikala.

Windows on the entrance door of the Kurşunlu Mosque, also known as the Osman Shah Mosque, were broken in the assault, according to local media reports.

The mosque was also attacked last month as a “retaliation” for Turkey’s decision to revert Hagia Sophia into a mosque.

The Ottoman mosque was designed by the famous Ottoman imperial architect Mimar Sinan. It was the only mosque Sinan designed in Greece. The mosque opened its doors in 1570, and was the principal mosque in Trikala during Ottoman rule.

The mosque was commissioned by Osman Shah, also known as Kara Osman Pasha, who was the son of one of Sultan Selim I’s daughters. Osman Shah for a long time dwelt in Trikala as the governor or sanjak of the province.

The city lost much of its Ottoman and medieval buildings in the early 20th century, particularly after it was rebuilt to fit a modern urban plan in the 1930s. It is the only mosque still standing in the city of Trikala out of the at least eight mosques that the famous Ottoman explorer Evliya Çelebi reported seeing in his writings.

The mosque is no longer used for worship; it now functions as a venue for minor events and is a protected UNESCO site.

Turkey last month lambasted statements and actions by Greece against the move to revert Hagia Sophia into a mosque after the first Muslim prayers were held in the Istanbul landmark.

Relations between NATO allies Ankara and Athens have been uneasy in recent months but tensions increased over Hagia Sophia and the energy riches in the Eastern Mediterranean.

President Recep Tayyip Erdoğan had joined thousands for the first Islamic prayer at Hagia Sophia after decades as a museum.

Greek Prime Minister Kyriakos Mitsotakis said what was happening in Istanbul was "not a show of force, but proof of weakness."

Aksoy "strongly condemned" the burning of the Turkish flag in Thessaloniki and accused the Greek government and parliament of "provoking the public with hostile statements."

"The spoiled children of Europe, who cannot accept renewed prostration in Hagia Sophia, are once again delusional," Aksoy added in a statement.

The UNESCO World Heritage site was originally the Byzantine Empire's main cathedral before its conversion into a mosque after the Ottoman conquest of Constantinople in 1453.

Turkey's highest administrative court on July 10 said Hagia Sophia, which served as a museum for 86 years, was registered in property deeds as a mosque, allowing Ankara to change its status once more.