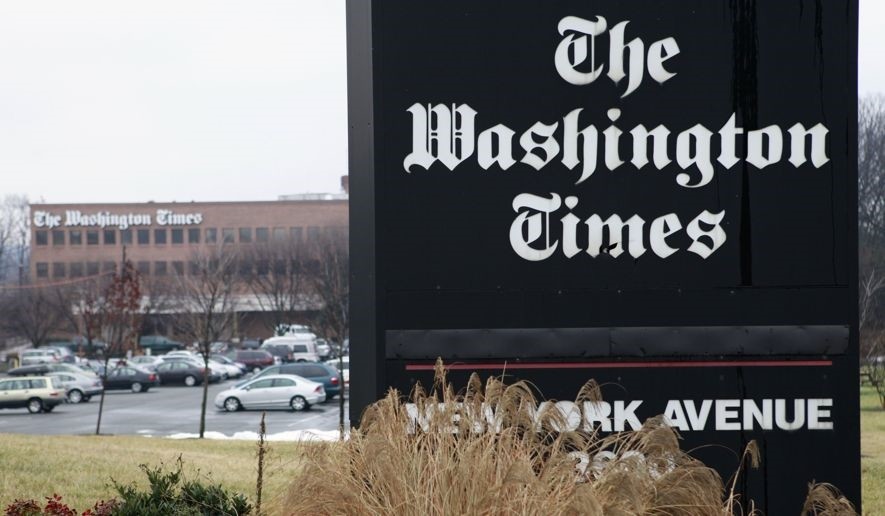 A conservative daily based in Washington refused to disclose the financial backer of its sponsored special report on Turkey, in which various writers criticized the Turkish government.

The Washington Times published a supplement titled "Turkey at a crossroads" on Tuesday, which was promptly distributed around Capitol Hill. Multiple Washington insiders quickly pointed to Gülenists - the followers of Fetullah Gülen, who allegedly masterminded the failed coup in Turkey.

However, the newspaper later updated the information on the website as: "Turkey at a Crossroads is a Special Report prepared by The Washington Times Advocacy Department and Friends of the Republic of Turkey."

A Daily Sabah inquiry into the founder or the president of "Friends of the Republic of Turkey" did not bear any results. The obscure group only has a Twitter account, which started tweeting on April 4, the same day the report appeared in the Washington Times. Public databases show there is no such non-profit organization based in DC, Virginia or Maryland.

Adam VerCammen, the director of advertising and sales for the Times, said in an email that he was not at liberty to disclose the financial backer for that content section.

The supplement featured Rep. Dana Rohrabacher, a Republican heavyweight from California known for his pro-Russia and pro-Gülen views. Rohrabacher considers Gülen a "peaceful Islamic leader" and describes his followers as "enterprising," according to a press release published immediately after the coup attempt in Turkey. The Turkish government, on the other hand, has designated Gülen's followers as terrorists.

Gülenists have been in frequent contact with Rohrabacher, who had a close relationship with the California-based Pacifica Institute, whose honorary chairman is Fetullah Gülen. Rohrabacher also visited Turkey on a trip hosted by Gülen's business arm TUSKON in 2011.

Ken Grubbs, the communication director for Rep. Rohrabacher, said that the congressman's article was written at the request of the Times.

Another article appearing in the supplement was written by former police chief Ahmet Yayla, a leading Gülenist who is believed to be a senior operative within the group's so-called special unit, whose aim was mainly to infiltrate the ranks of the police and judiciary.

Michael Rubin, a resident scholar at the American Enterprise Institute (AEI), was among the authors of the supplement. Both Yayla and Rubin claimed that the Turkish government and President Recep Tayyip Erdoğan had been sponsoring, aiding and abetting terror groups such as al-Qaida and Daesh. The U.S. government, including the White House and the Pentagon have repeatedly refuted these allegations and said they were baseless.

Rubin, a former opponent of Gülen, has recently drawn closer to Gülenists, publicly backtracking his views on them in 2015 by declaring that he was ready to listen to Gülen and his supporters. Rubin also somehow forecasted the coup attempt in Turkey almost five months ago. He also defended the attempt in his subsequent pieces.