A first in 47 years: Friday prayers in Turkish Cyprus’ Varosha 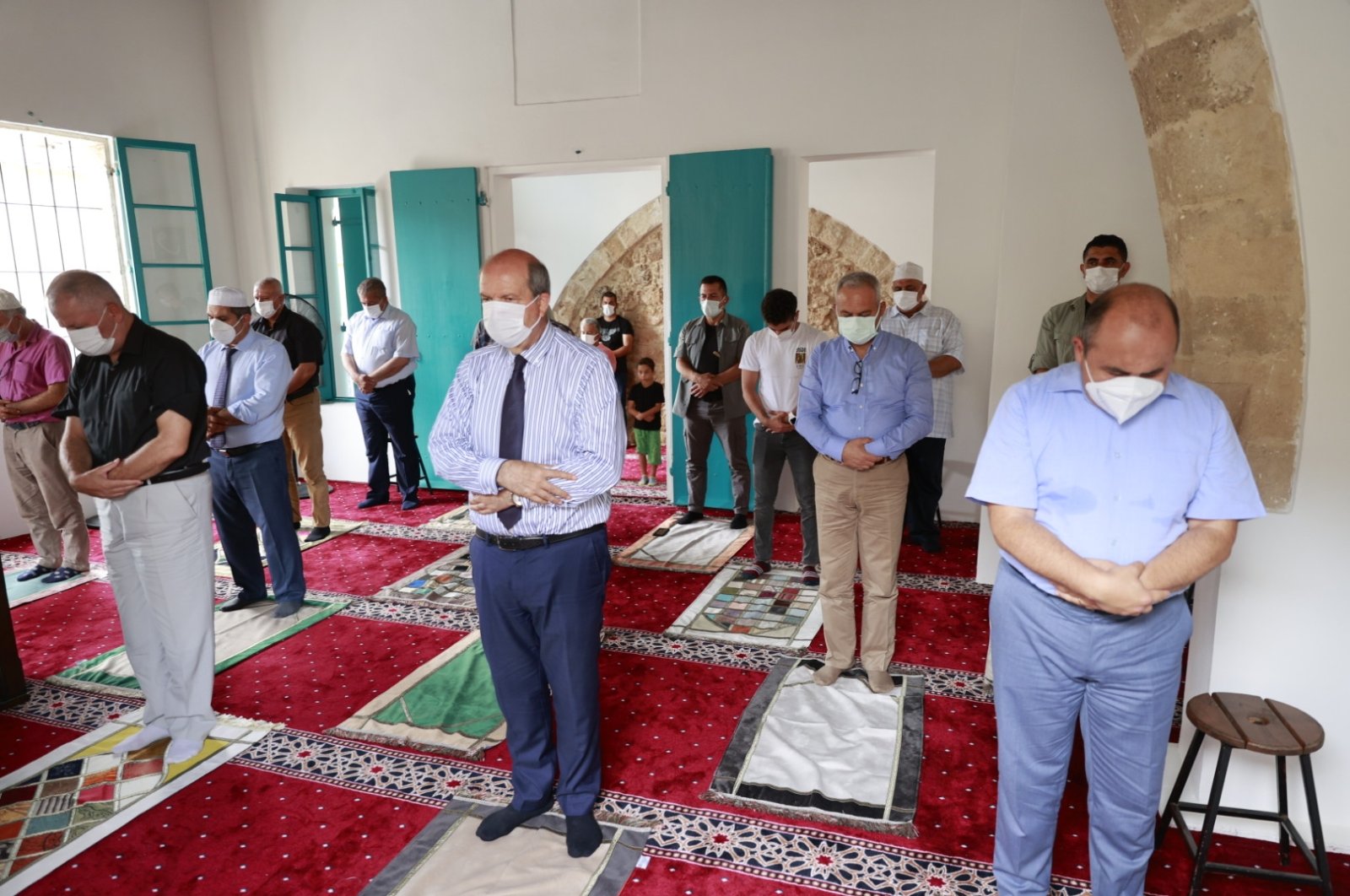 The prayers were performed with the attendance of Turkish Cypriot President Ersin Tatar at the Bilal Ağa Masjid, which is known to have a history of 200 years.

The prayers were led by Erdoğan Eken, the Religious Services Advisor at the Turkish Embassy in Lefkoşa (Nicosia).

Turkish Cypriot President Tatar said that it is “peaceful” and “beautiful” that they performed their first Friday prayers after 47 years.

“I would like to thank all the people that contributed to the restoration of this masjid,” he said.

The island of Cyprus has been divided since 1974, when a Greek Cypriot coup aimed at Greece's annexation of the island was followed by violence against the island's Turks and Ankara's subsequent intervention as a guarantor power.