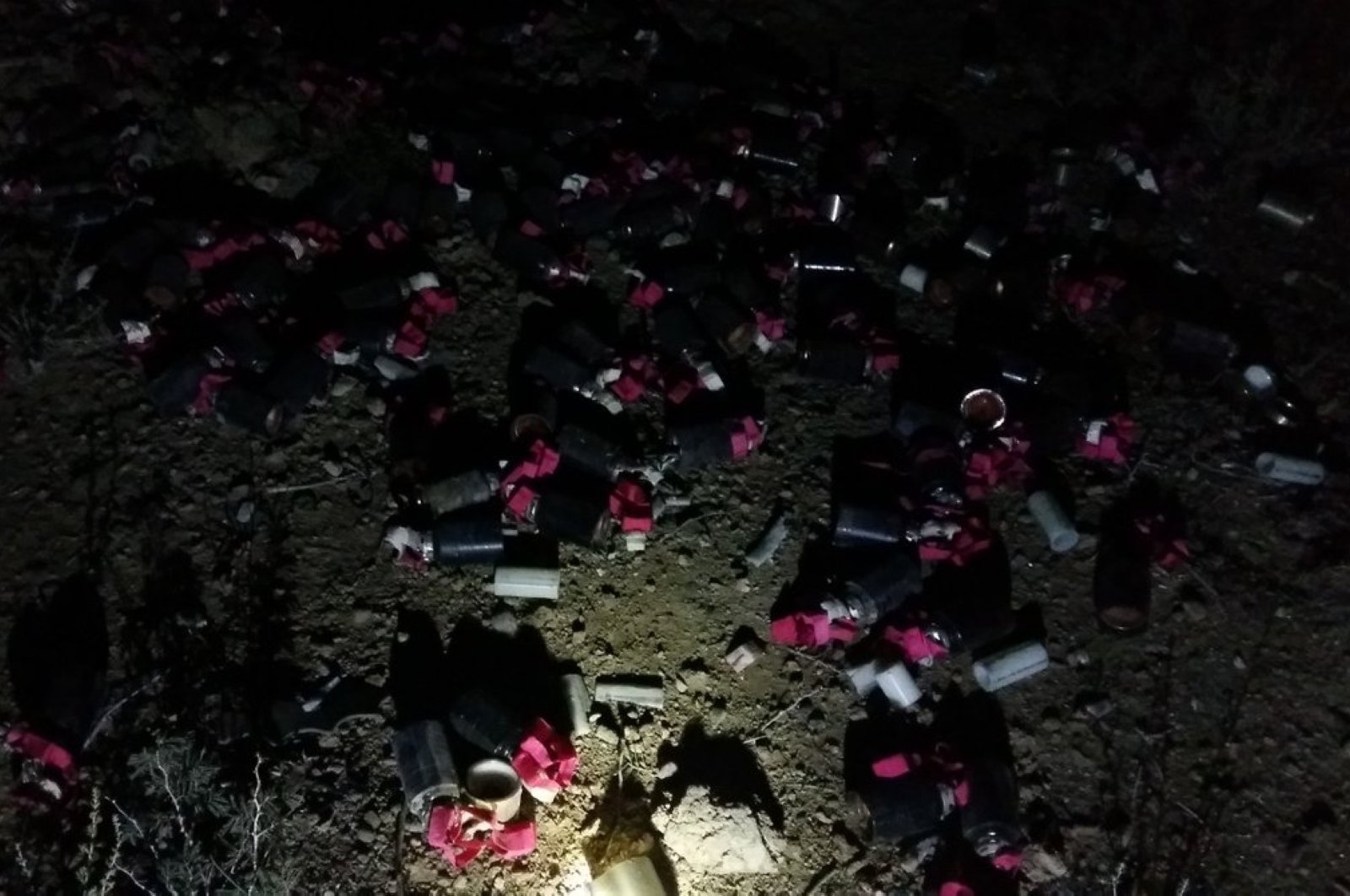 The image shared by Hajiyev on Twitter shows the cluster bomblets after explosion in Azerbaijan's Goranboy district on Oct. 6, 2020 (Photo taken from Twitter)
by DAILY SABAH Oct 06, 2020 11:05 pm
RECOMMENDED

"Armenia has fired a cluster rocket at the Baku-Tbilisi-Ceyhan (BTC) pipeline. In vicinity of Yevlakh region, a rocket landed 10 meters away from the pipeline," Azerbaijani President Ilham Aliyev's aide Hikmet Hajivev said in a tweet late Tuesday as local media reported that a resident of the Goranboy district had been killed due to the explosion of the internationally banned bomb.

"300+ Cluster bomblets ejected around. No damage to the pipeline. ANAMA is in operation," Hajiyev said, referring to the Azerbaijan National Agency for Mine Action.

“We would like to note that these bombs were included in the class of prohibited ammunition in 2008 in line with the Convention on Cluster Ammunition (CCM),” ANAMA was quoted as saying on the news site.

The BTC pipeline delivers Azeri light crude oil through Georgia to Turkey's Mediterranean port of Ceyhan for export via tankers.

Azerbaijan described the attack as a "terrorist act" and highlighted the pipeline's important role in Europe's energy security.

Armenia has launched missile attacks targeting civilian settlements in Azerbaijan shortly after it resumed attacks in the occupied Nagorno-Karabakh area.