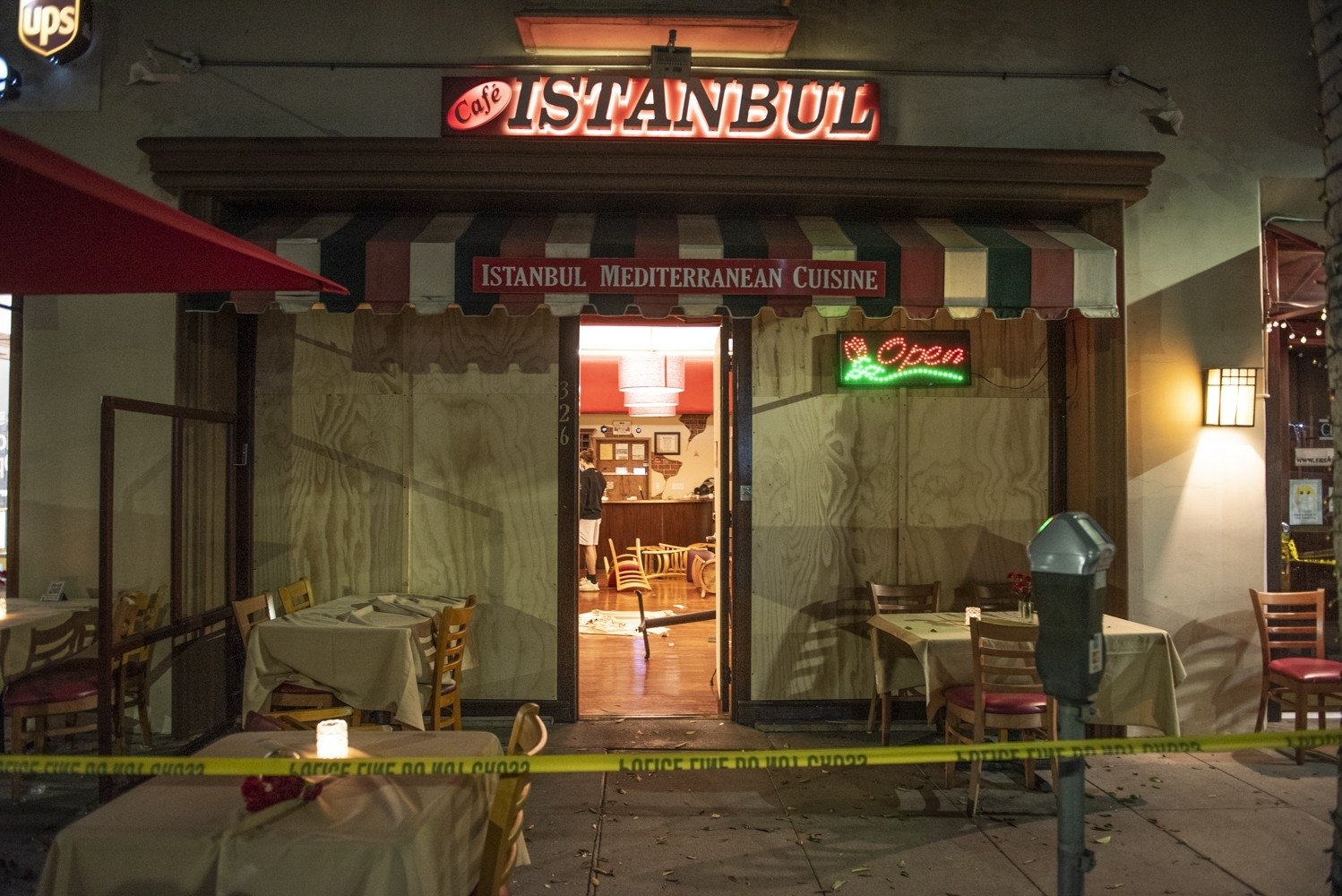 A group of Armenians attacked a Turkish restaurant in California late Wednesday.

The group of approximately eight people entered Cafe Istanbul, a restaurant serving customers for eight years in Beverly Hills, at about 9 p.m. Soon after, the assailants started throwing tables and chairs around the venue. The attack caused material damage to the restaurant.

A customer with the initials F.T., who preferred not to disclose their name due to safety concerns, was in the restaurant and escaped through the backdoor during the attack.

“A group entered the restaurant while I was sitting with my family inside. They started to attack, and we tried to protect ourselves. We sheltered in a building nearby after escaping from the backdoor, where we called the police,” F.T. said.

F.T. noted the police who were dispatched to the area after the assault said that an investigation within the scope of a hate crime will be launched.

Turkey's U.S. envoy on Thursday strongly condemned the attack, calling on federal and local authorities to protect Turkish Americans there.

On Twitter, Serdar Kılıç insisted that federal and local authorities must "protect the rights of Turkish Americans and punish the culprits."

In a subsequent tweet, Kılıç called on Los Angeles Mayor Eric Garcetti to condemn the "racially motivated hate crime" by extremist Armenians, saying "members of the Turkish American Community in Los Angeles who are also your constituents expect you to stand by them now."

Can Oğuz, Turkey's consul general in Los Angeles, also said he visited the Istanbul Cafe "immediately upon receiving the news of a racially motivated attack," and expressed his solidarity and support.

"I strongly condemn this hate attack, which came on the heels of increasing statements and protests against Turkey and the Turkish community in Los Angeles," Oğuz said in a statement.

"That such a brazen attack could take place in the heart of Beverly Hills (and Los Angeles for that matter) is extremely concerning for the Turkish community of Los Angeles," he added.

Oğuz called for Beverly Hills Police Department to investigate the incident with "extreme seriousness and diligence," adding: "We sincerely hope [for] the perpetrators to be identified and brought to justice."

He added that the restaurant had previously informed authorities about threats.

“These attacks remind us of the assassinations of our diplomats in Los Angeles in the 80s. I urge all Turkish citizens to closely follow this case,” he noted.

In the 1970s and 1980s, a total of 31 Turkish diplomats and their family members were killed around the world by the Armenian Secret Army for the Liberation of Armenia (ASALA).

Beverly Hills Mayor Lester Friedman said the attack is an "unacceptable act of hate and violence."

"There is no place in our city for this behavior and we ask members of the public to please come forward with any information on the suspects in this case," said Friedman.

The Los Angeles branch of the Council on American-Islamic Relations (CAIR-LA) condemned the attack, calling for law enforcement to investigate it as a hate crime and for the perpetrators to be arrested and charged as such.

"We express our sympathies to the owners and patrons of the restaurant who were attacked and to the local Turkish-American community, which has been terrorized and shaken by this hateful assault," Hussam Ayloush, the head of CAIR-LA, said in a statement.

"The level of viciousness shown in the video is both outrageous and sickening. No individual or their business should be targeted in a manner such as this. We urge fellow Californians not to allow international conflicts to undermine harmony and the safety of any community here in our country," he added.

After Azerbaijan started a military operation to liberate the occupied Nagorno-Karabakh region in September, Armenians have mounted attacks against Turkish citizens abroad.

Last month, members of the Armenian community wounded four Turkish citizens while demonstrating on the A-7 motorway, connecting France’s Lyon and Marseille.

This July, before the current conflict flared up, a large group of Armenians in Los Angeles attacked and injured a much smaller group of Azerbaijanis and Turks who were peacefully protesting recent Armenian aggression on border towns of Azerbaijan.