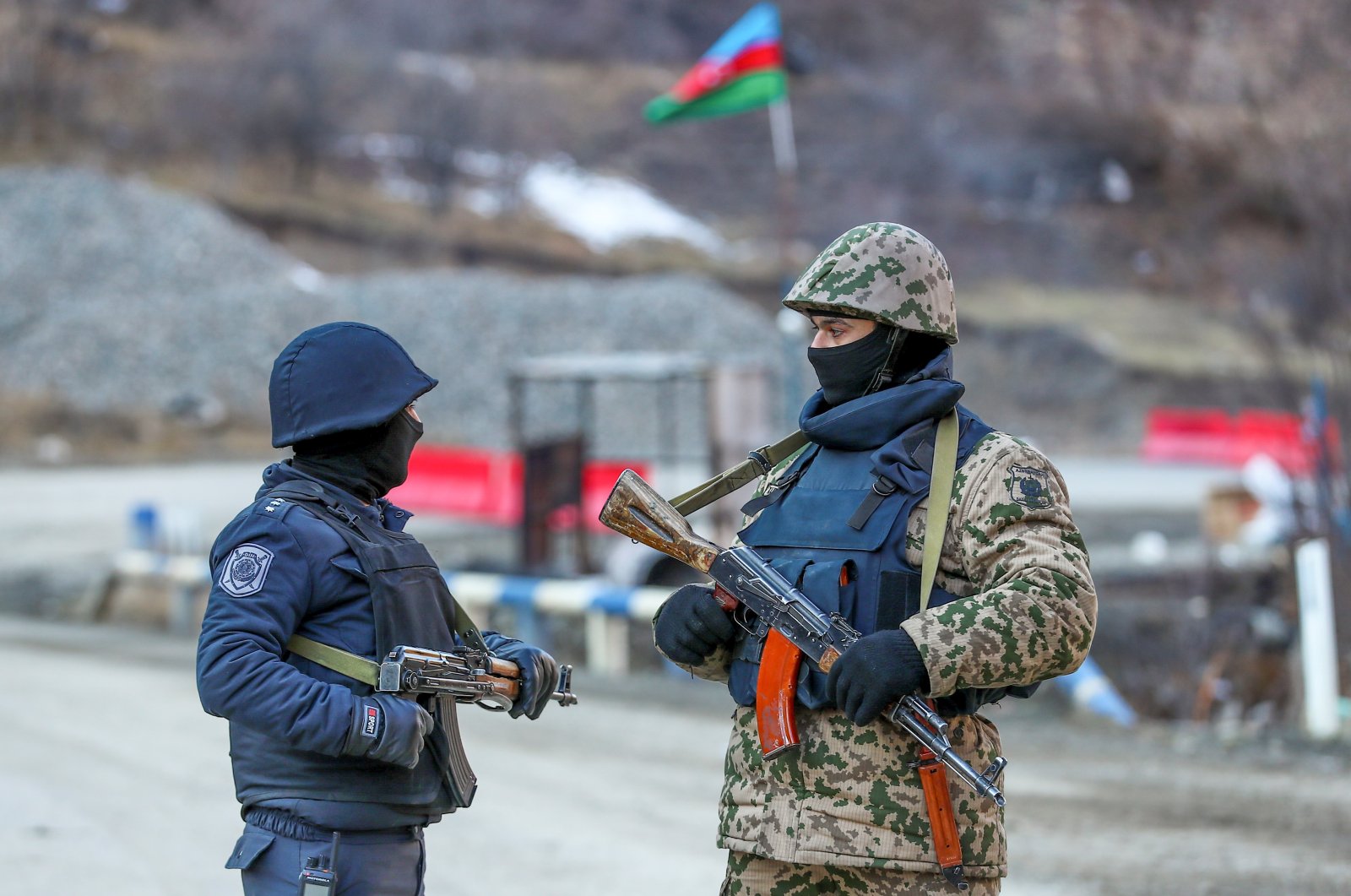 The convoy, which was traveling from the Sugovushan settlement of the Tartar region to the Kalbajar region, was attacked around 2 p.m. local time (10 a.m. GMT), the ministry said in a statement.

As a result of the shooting, the car of the Military Automobile Inspectorate of the Military Police of the Azerbaijan Army, which was at the front of the convoy, was damaged, but no one was killed or wounded, the statement said.

The ministry emphasized that it is "inadmissible" for Armenian armed detachments to target a convoy of civilian vehicles accompanied by Russian peacekeepers in order to restore civilian infrastructure in the territories liberated from the nearly three-decade occupation by Armenian forces.

"The Command of the Russian peacekeeping forces temporarily stationed in a certain part of the Karabakh Economic Region of the Republic of Azerbaijan and the Russian-Turkish Joint Monitoring Center were asked to investigate the incident," it added.

Fresh clashes erupted between Armenia and Azerbaijan in late September, rekindling the Caucasus neighbors' 30 year conflict over the region. During the conflict, Azerbaijan liberated several towns and nearly 300 settlements and villages from the Armenian occupation. Fierce fighting persisted for six weeks despite efforts by France, Russia and the United States to broker cease-fires, before Armenia and Azerbaijan signed a Moscow-brokered peace deal on Nov. 9.

The agreement was signed after Baku's army overwhelmed separatist forces and threatened to advance on Karabakh's main city Stepanakert (Khankendi).