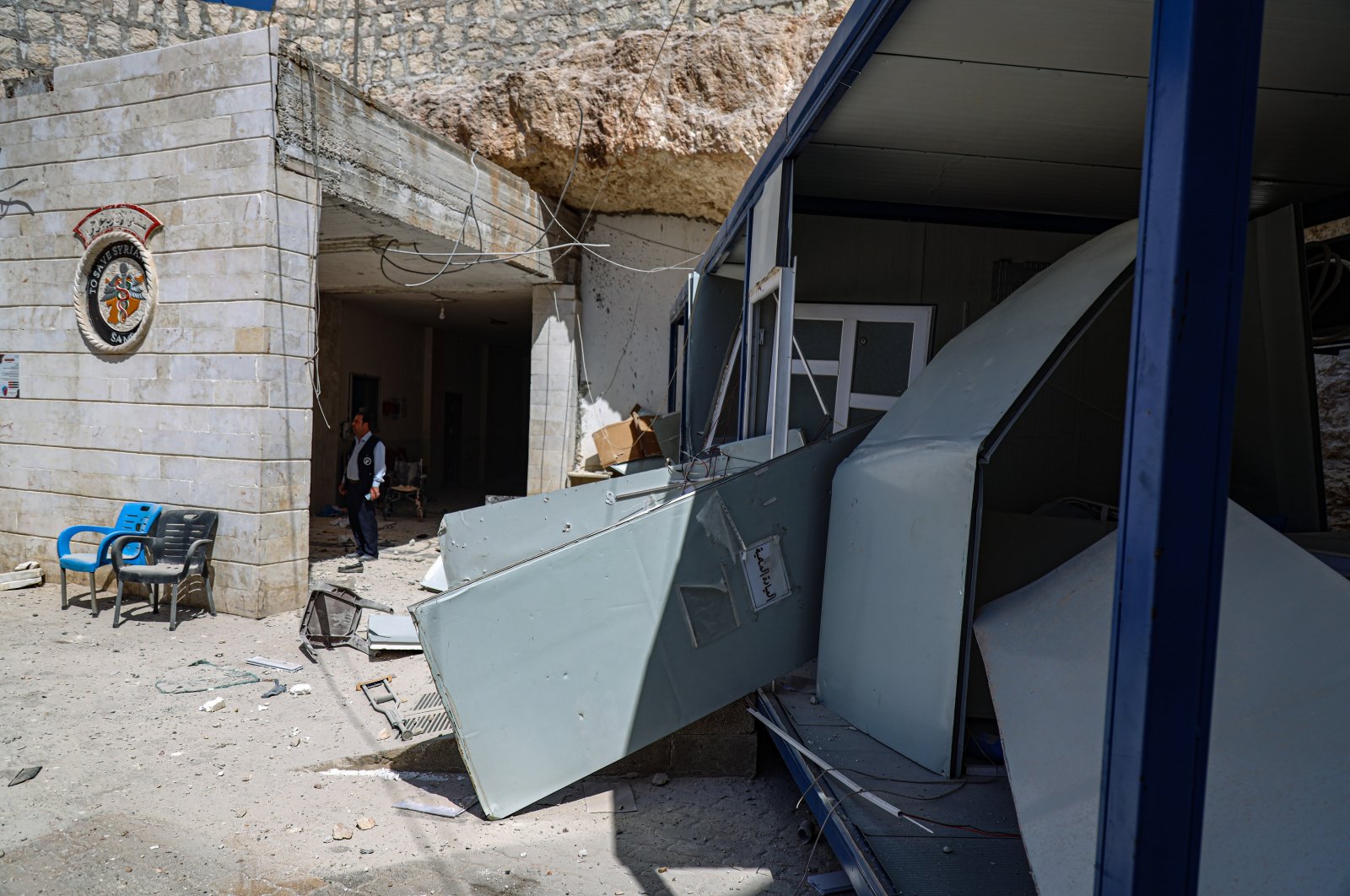 The recent attack by the Bashar Assad regime and its backer Russia on a hospital in Syria's northwestern Idlib province was executed on purpose, Turkish security sources stated on Tuesday, adding that they had previously attempted to target the hospital but missed.

Speaking on condition of anonymity due to restrictions on speaking to the media, the sources said Russia and the regime managed to attack the hospital this time, strongly underlining that the coordinates of Atareb hospital were shared with a United Nations entity intended to prevent attacks on the vital civilian infrastructure.

The hospital was struck by artillery shelling Sunday morning, injuring five members of staff and killing six patients, including a child, according to the Syrian American Medical Society. The hospital, which had been providing badly-needed services, sustained extensive damage and has been shuttered.

Moreover, the Turkish foreign ministry on Tuesday stated that Russia's envoy to Ankara had been summoned to the embassy over the hospital attack and voiced their concern.

Turkey, the U.N. and the U.S. had condemned the attack on civilians. The U.N. chief reiterated his call for a nationwide cease-fire on Monday citing the aerial attacks near the border, artillery strikes on the hospital, reports of shelling of a residential neighborhood in Aleppo city causing civilian casualties and airstrikes close to densely populated areas with camps for displaced people. U.S. State Department Spokesperson Ned Price stated: "Civilians, including civilian medical personnel and facilities, must never be the target of military action. This violence must stop, we reiterate our call for a nationwide cease-fire."