COVID-19 testing starts in Syria's embattled Idlib, no infections yet, WHO says 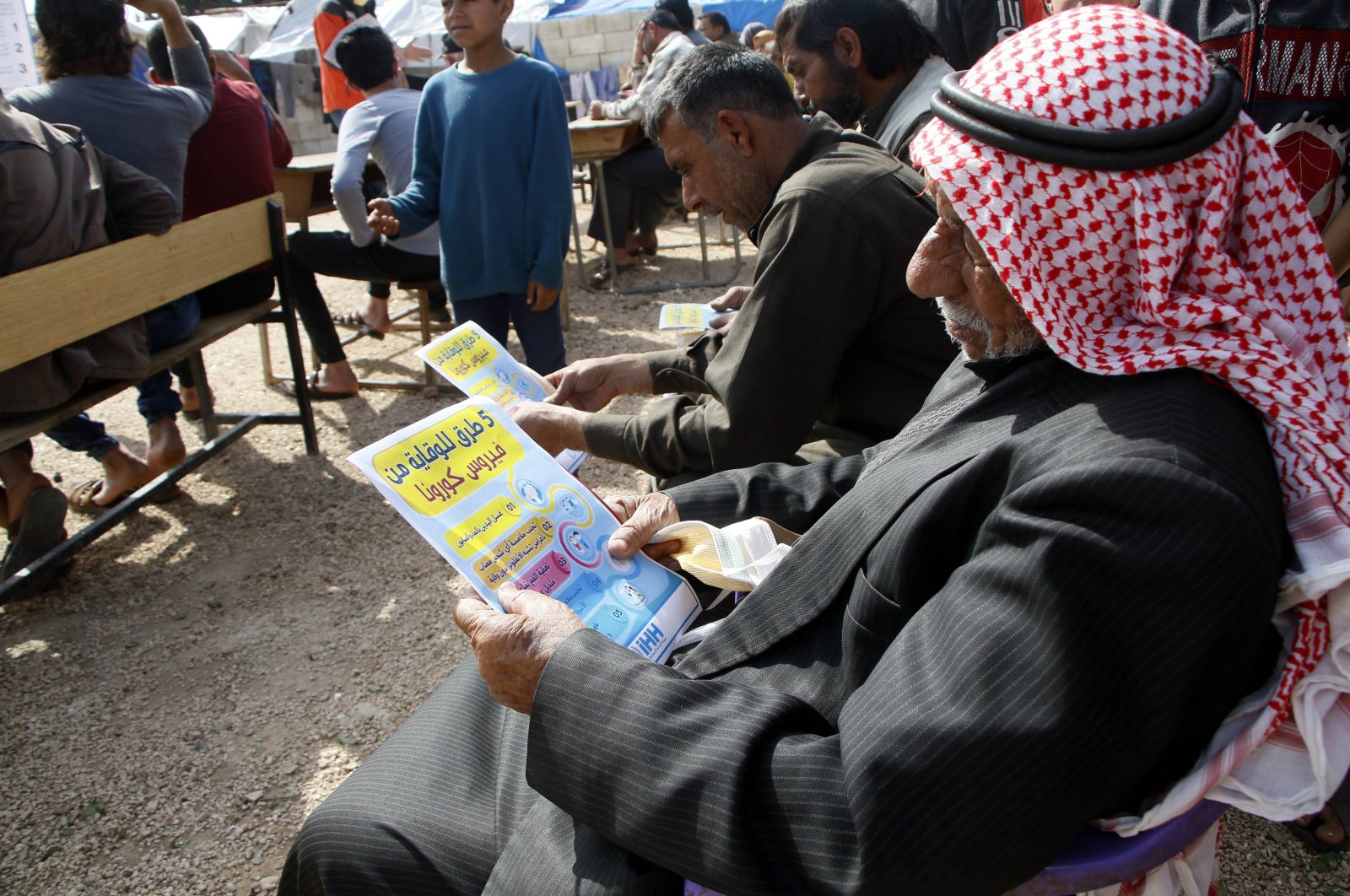 The Humanitarian Relief Foundation (İHH), is working to inform the displaced Syrians in Idlib about the coronavirus by hanging banners and handing out brochures, and conducting seminars, Thursday, March 26, 2020. (DHA)
by Compiled from Wire Services Mar 26, 2020 11:25 am
RECOMMENDED

The World Health Organization (WHO) said on Wednesday that systematic testing for COVID-19 has started in Syria's last opposition stronghold, the northwestern province of Idlib.

Testing began "after a shipment of 300 tests reached a member of the World Health Organization's health cluster. The first four tests came back negative," the U.N. agency said in a statement.

"Some 600 additional tests will reach the laboratory in Idlib tomorrow on March 26, and a shipment of 5,000 tests is scheduled to arrive in Idlib next week," the statement said.

On Tuesday, a U.N. envoy, Geir Pedersen, called on Syria's warring parties to implement an immediate cease-fire across the entire country, to focus efforts on fighting the deadly COVID-19.

To date, the Syrian regime has announced that there are four coronavirus infections in areas under its control.

The fragile cease-fires in the Idlib region, as well as those in the northeast, should be expanded across the whole of Syria, Pedersen said in his statement.

The cease-fire deal, which ended rare direct fighting between the Syrian regime and Turkish troops, was brokered between Russia and Turkey, which back opposing sides in the Syrian conflict. The deal halted a three-month Syrian regime offensive into the country's last opposition stronghold. During the Russian-backed offensive, hundreds of civilians were killed, and nearly a million people were displaced in Idlib province.

As tests have been ongoing in the region, Turkey also continues to inform locals of the pandemic and its effects, as well as measures that can be taken to protect themselves.

Turkey's Communication Directorate delivered an information brochure in Arabic on Friday to help Syrians gain awareness about the virus.

Nearly 500,000 brochures will be delivered by teams in the three regions.

The Turkish Health Ministry's Syria coordinator, Ümit Mutlu Tiryaki, said troops are looking at the health of those at the border and disinfecting some vehicles.

He said patients suspected of infection are being referred to hospitals in Turkey. "After a health check, if there is any potential for COVID-19, patients are being sent to Çobanbey Hospital in Turkey," he said.

Ten samples were sent to Turkey from Tal Abyad and Ras al-Ayn.

"So far, there have not been any positive COVID-19 test results. We are happy there is no case in the region," he said.

Muhammed Abdo, a resident of Hammam village in Afrin, said the brochures are very helpful and thanked Turkey for efforts in the region.

Meanwhile, one of the humanitarian groups in the country, the Humanitarian Relief Foundation (İHH), is also working to inform the displaced Syrians in Idlib about the coronavirus. In addition to hanging banners and handing out brochures, the group also conducts seminars.

"Since most of the camps in Idlib are not in good shape, there is a major necessity of taking serious measures against any epidemic," said Dr. İbrahim Tlass, the head of the health division of the group's Syria work, adding that the civilians in the region need to be well-informed and supported on the issue.

Tlass added that health kits, which include masks, soap, shampoo, detergent, cologne and bleach, are also being provided to civilians.

"We also gave a start to our works to disinfect the camps, schools and hospitals," he emphasized, indicating that so far, the group has managed to reach about 40,000 Syrian civilians.