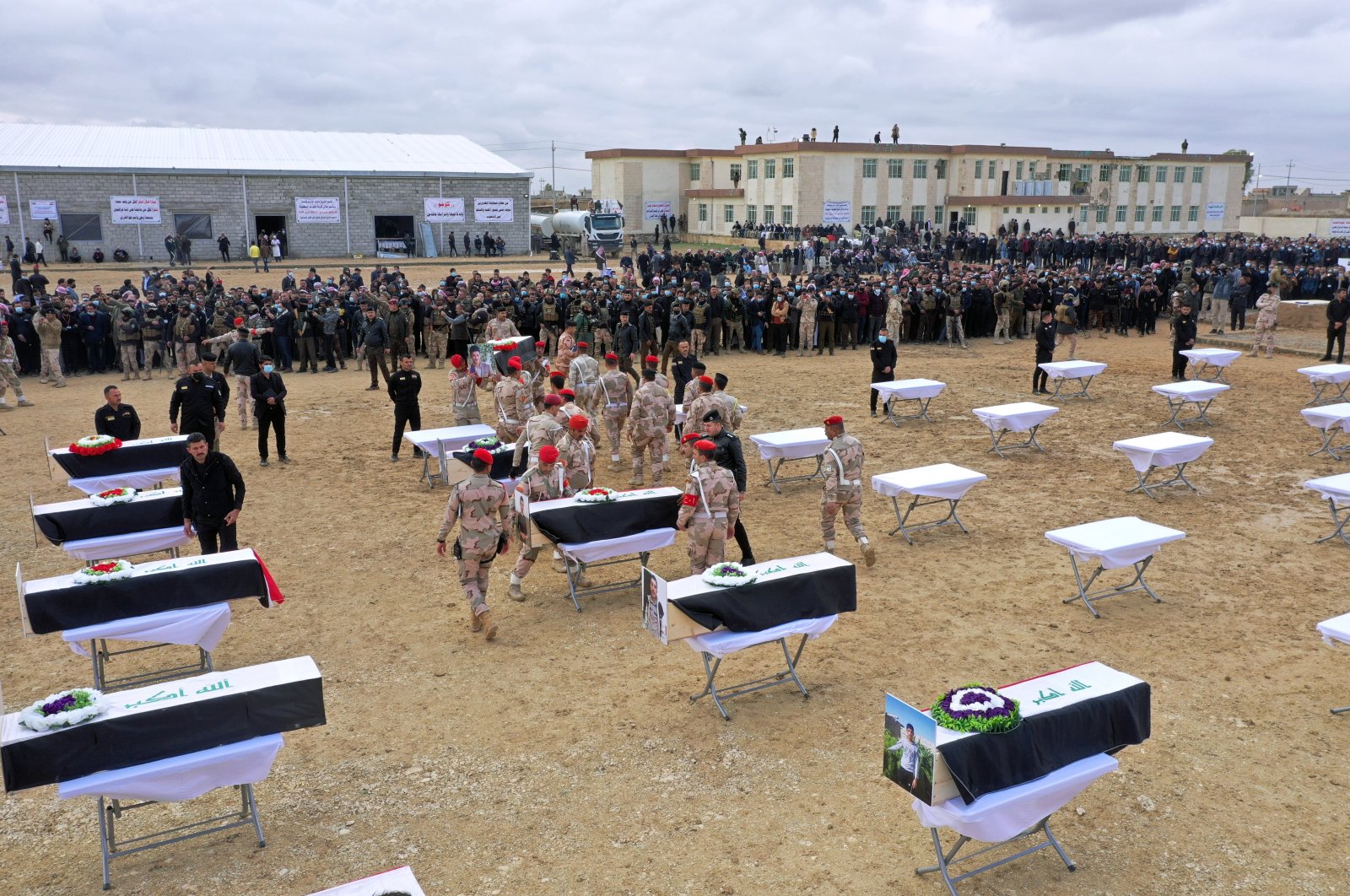 There is clear and compelling evidence showing that Daesh terrorists committed genocide against the Yazidi minority in Iraq in 2014, the head of a United Nations investigation team said Tuesday.

Karim Khan told the U.N. Security Council the team also concluded war crimes were committed by the Daesh terrorist group against the predominantly Shiite unarmed cadets and personnel from the Tikrit Air Academy who were captured, tortured and subjected to mass execution in June 2014. He said a Daesh video released in July 2015 showing the killings “constitutes a direct and public incitement to commit genocide against Shiite Muslims.”

The Security Council voted unanimously in September 2017 to ask the U.N. to establish an investigative team to help Iraq preserve evidence and promote accountability for what “may amount to war crimes, crimes against humanity and genocide” committed by Daesh terrorists, both in Iraq and the Levant, which includes Syria.

In his sixth report to the council, Khan said the U.N. Investigative Team to Promote Accountability for Crimes committed by Daesh rapidly expanded the amount of evidence it has in the last six months.

He said “significant developments” in collecting forensic evidence from mass grave sites, digital data extracted from hard drives that belonged to Daesh, digitization of case files and use of advanced technological tools to process and search databases has allowed the team “to establish clear timelines of activities of key ISIL members,” using an alternate acronym for Daesh.

Khan called it “a landmark moment” that the team, known as UNITAD, had established convincing evidence that Daesh terrorists committed genocide “against the Yazidi as a religious group" with the intent “to destroy the Yazidi physically and biologically.”

This was manifest in the Daesh ultimatum applied to all Yazidis “to convert or die” and led to thousands killed, “either executed en masse, shot as they fled, or dying from exposure on Mount Sinjar as they tried to escape,” Khan said. “Thousands more were enslaved, with women and children abducted from their families and subjected to the most brutal abuses, including serial rape and other forms of unendurable sexual violence” that for many lasted years, “often leading to death.”

Khan added that crimes against the Yazidis continue, with thousands of women and children separated from their families or missing and some still with their Daesh captors or those to whom they were sold.

In 2016, the U.N.-mandated Independent International Commission of Inquiry on Syria said Daesh was committing genocide against Yazidis, and several nongovernmental organizations have echoed that conclusion.

But Khan said what UNITAD has done in terms of the Yazidis is more important because the team was mandated to look at a variety of evidence that could stand up in court where the burden of proof is on the prosecution – “and to not just draw brush strokes from a survey of victims.”

He said information from electronic devices that belonged to Daesh also led UNITAD to open a new investigation “into the development and successful deployment of chemical and biological weapons by ISIL in Iraq,” using an alternative acronym for Daesh.

Evidence collected by UNITAD details how the terrorist group used laboratories at Mosul University “as the epicenter of its chemical weapons program, drawing on the expertise of scientists and medical professionals from Iraq and abroad,” Khan said.

Initially, he said, Daesh weaponized chlorine from water treatment plants captured by its fighters in 2014, and subsequently developed “toxic lethal compounds including thallium and nicotine that were tested on live prisoners, leading to death.”

The terrorists then developed a system to produce mustard gas, also called sulfur mustard, “that was deployed in March 2016 through the firing of 40 rockets at the Turkmen Shiite town of Taza Khurmatu,” Khan said.

Khan, who will become a chief prosecutor at the International Criminal Court on June 15, said this investigation is rapidly progressing, with initial results anticipated to be completed within five months. By the end of the year, he said, the team also anticipates initial results “addressing crimes against minority Christians, Kaka’i, Shabak, Shiite Turkmen and Sunni communities in Iraq, as well as the massacre of predominantly Shiite inmates at Badush prison.”

Khan said the next step is to use the information and evidence collected by UNITAD “to meet the expectations of survivors” and put it before national courts to prosecute those responsible for these “horrific crimes.”

He expressed hope that Iraqi legislators will adopt a legal basis to prosecute Daesh members for war crimes, crimes against humanity and genocide. He welcomed legislation presented to the Kurdistan Regional Government (KRG) Parliament last week to establish a court with jurisdiction over international crimes committed by Daesh.

“We must make sure that we don’t become this archive, this library,” Khan said of the team’s evidence.

He said every member of the international community should “feel this sense of urgency” for justice as if their own mother, father or child had lost their life or was not accounted for.

Nobel Peace Prize laureate Nadia Murad, a Yazidi forced into sexual slavery by Daesh fighters who killed her mother and six brothers, urged the Security Council to refer the genocide against her people to the International Criminal Court or establish a court to prosecute those responsible for the atrocities.

“I ask you to start a new chapter – legal accountability for ISIS crimes would dramatically impact every action of my community’s recovery,” she said, using an alternate acronym for Daesh. “It is time for the international community to do, more than listen. It is time to act. If world leaders have the political will to act on this evidence, then justice is truly within reach.”