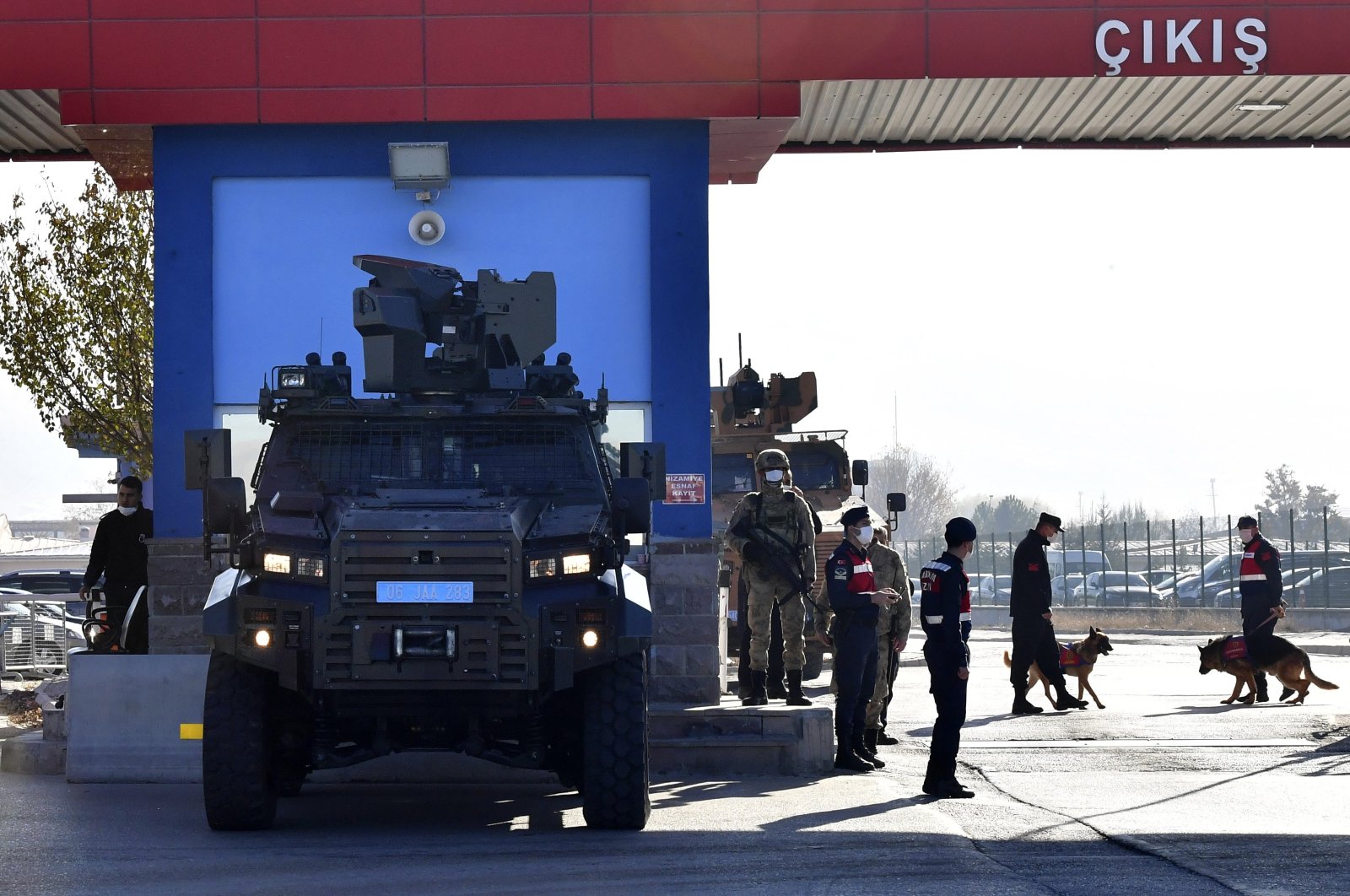 Police officers and soldiers stand at the entrance of a courthouse before the trial of 475 defendants in Sincan, Ankara, Turkey, Nov. 26, 2020. (AP Photo)
by DAILY SABAH WITH AGENCIES Nov 30, 2021 9:19 am
RECOMMENDED

Security pundit Metin Gürcan, one of the founders of the Democracy and Progress Party (DEVA) established last year, was jailed Monday within the scope of an investigation led by the Ankara Chief Public Prosecutor’s Office for “political and military espionage.”

Gürcan was brought to the courthouse after completing the due procedures at the Ankara Police Department.

After taking his statement, the public prosecutor carrying out the investigation transferred Gürcan to the on-duty Criminal Court of Peace, seeking that he be arrested on charges of "political and military espionage."

As a result of the interrogation, the court decided to arrest Gürcan for the alleged crime.

Reportedly, Gürcan in his statement reminded that he had worked for the Turkish Armed Forces (TSK) for a long time and that he had started giving consultancy services to people and institutions in 2019.

Gürcan claimed that his consultancy services included both Turkey and neighboring countries while he said that the information he gave out within this scope was open to access for everyone and did not include any secret documents.

He mentioned that he regularly meets diplomats in Ankara and gets paid for the analysis he presents.

In a televised interview on Monday, Babacan said his party backed Gürcan and its lawyers would support him "until the end." The party was yet to find out about the details of the investigation, Babacan said.

"Gürcan's work is based on open sources. He does not have access to state secrets," Babacan said.