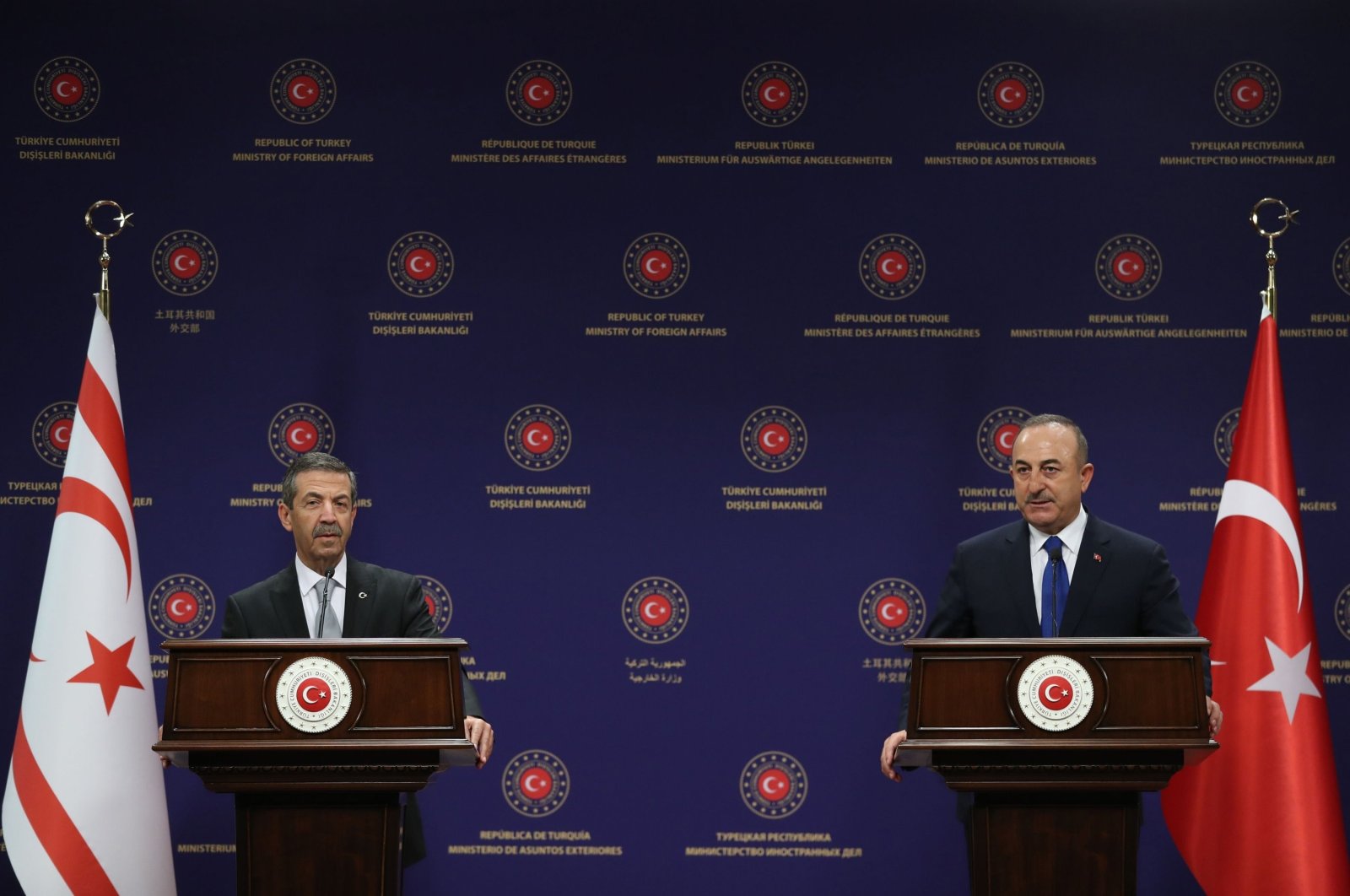 The Turkish Republic of Northern Cyprus (TRNC) Wednesday reiterated that a two-state solution was the only way to make progress on the Cyprus issue.

"Our perspective for resolution is the two-state model based on the principle of cooperation and coexistence of two sovereign states with equal rights," said the TRNC Foreign Minister Tahsin Ertuğruloğlu.

Stressing that various federal proposals for the island of Cyprus that Greek and Turkish Cypriots could not agree on during decades of negations should be discarded, he told Pakistani media outlets, "We instead should focus on a two-state solution that is in line with the policy of the TRNC's new president, Ersin Tatar."

On the TRNC's expectations for any future negotiations over the island, Erturuloğlu stressed that previous United Nations proposals based on a federal, but not a two-state, model failed to produce a solution.

"If negotiations fail once again, we will consult with the motherland (Turkey) as we always do and draw up a new roadmap," he said.

There can be no common ground on the Cyprus issue as long as the Turkish side is treated unequally, Ertuğruloğlu explained.

Regarding the Turkish Cyprus proposed unofficial 5+1 meeting including both sides of the island, the guarantor countries Turkey, Greece, and Britain, and the U.N., set for April 27-29 in Geneva, Ertuğruloğlu said it would not be an open-ended negotiation process.

He also explained why they rejected a proposal by the Greek Cypriot administration leader Nicos Anastasiades to include the European Union in the 5+1 meeting.

"The Greek Cypriots are part of the EU as a member state, and they are looking to maximize their own interests through various mechanisms of the bloc. As such, the EU cannot act impartially in the Cyprus issue. Against this background, the EU has no place at the 5+1 meeting," he said.

Turkish leaders have also expressed skepticism over EU involvement in the Cyprus issue, saying the bloc has shown itself as a biased actor on the issue.

The island of Cyprus has been mired in a decadeslong struggle between the Greek and Turkish Cypriots, despite a series of diplomatic efforts by the U.N. to achieve a comprehensive settlement.

The island has been divided since 1964 when ethnic attacks forced the Turkish Cypriots to withdraw into enclaves for their safety. In 1974, a Greek Cypriot coup aiming at Greece's annexation led to Turkey's military intervention as a guarantor power. The TRNC was founded in 1983.

Meanwhile, Turkey's foreign minister will head to the TRNC Thursday.

Foreign Minister Mevlüt Çavuşoğlu will be in the TRNC on April 15 and April 16 on a working visit, the Turkish Foreign Ministry said in a statement.

The Turkish foreign minister's visit comes ahead of international talks on the long-divided island of Cyprus later this month.

The dialogue will seek to determine whether a common ground exists for the parties to negotiate a lasting solution to the Cyprus problem.