43 countries including Turkey call on China to respect Uyghur rights 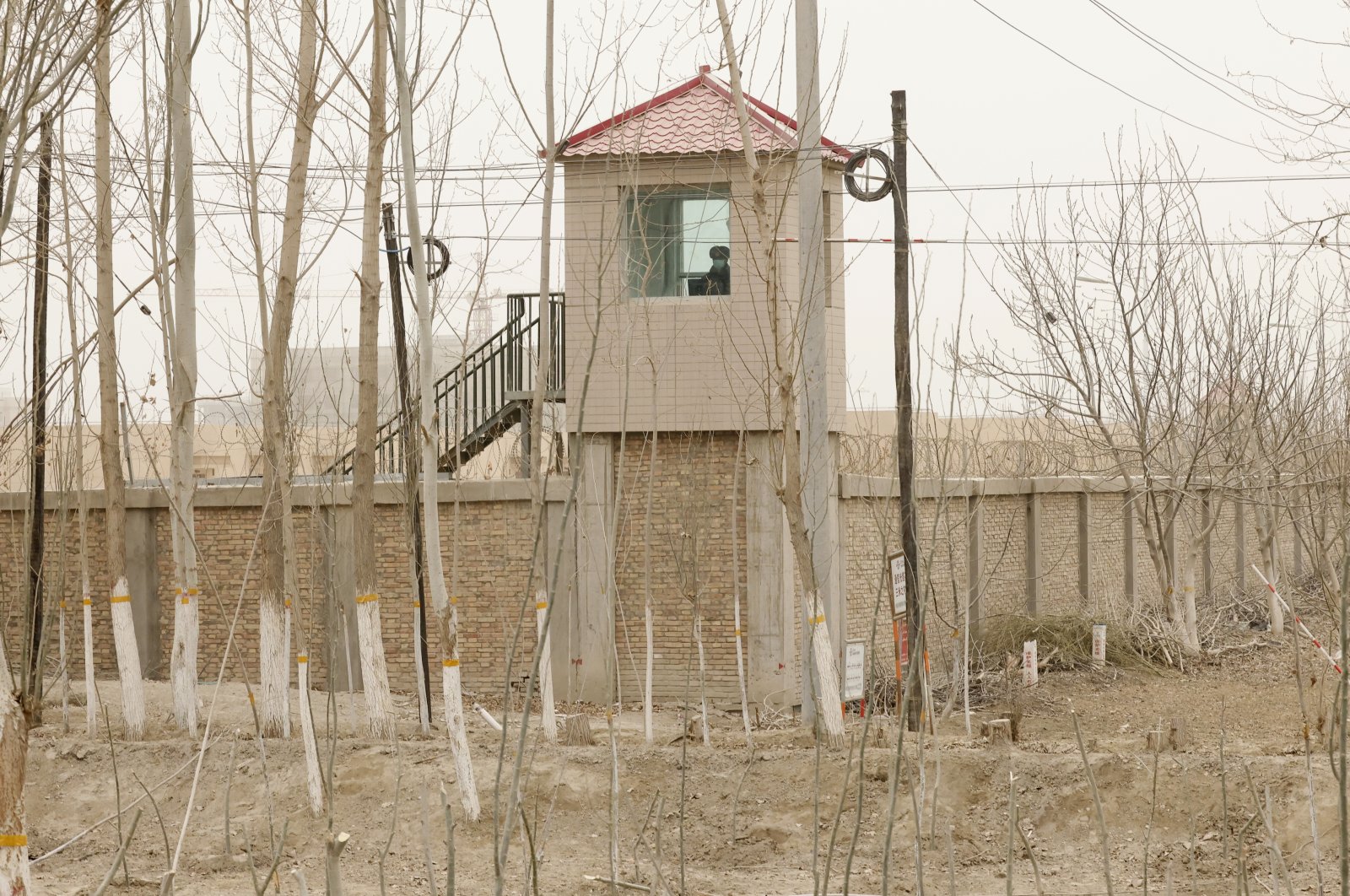 A security person watches from a guard tower around a detention facility in Yarkent county in northwestern China's Xinjiang Uyghur Autonomous Region, March 21, 2021. (AP Photo)
by Daily Sabah with AFP Oct 22, 2021 9:12 am
RECOMMENDED

Forty-three countries including Turkey on Thursday at the United Nations urged China to "ensure full respect for the rule of law" with regard to the Muslim Uyghur community in Xinjiang, where human rights violations remain "particularly" worrying.

"We call on China to allow immediate, meaningful and unfettered access to Xinjiang for independent observers, including the U.N. High Commissioner for Human Rights and her office," the countries said in a joint statement, read at the U.N. by France.

"We are particularly concerned about the situation in the Xinjiang Uyghur Autonomous Region," the statement said, citing "credible" reports that "indicate the existence of a large network of 'political reeducation' camps where over a million people have been arbitrarily detained."

The declaration, signed by the United States, European countries, Asian states and others, spoke of torture, cruel, inhumane and degrading treatment, forced sterilization, sexual and gender-based violence and forced separation of children, which it said "disproportionately continues to target Uyghurs and members of other minorities."

China's ambassador to the United Nations, Zhang Jun denounced what he termed the "lies" and "a plot to hurt China." He quickly stepped in to reject "unfounded accusations."

"Xinjiang enjoys development and the people are emancipating themselves every day and are proud of the progress made," he said, supported by Cuba, which criticized any interference in China's internal affairs.

In 2019 and 2020, a similar declaration was made public in the same way by Britain and Germany. After garnering 23 backers two years ago, the declaration gained the support of 39 countries last year. They were joined this year by Turkey, Eswatini, Portugal and the Czech Republic, according to diplomats.

On the other hand, Haiti dropped its backing for the declaration after its relations with China were complicated by Port-au-Prince recognizing Taiwan.

Switzerland also dropped its signature from the statement because, diplomatic sources said, it recently hosted a high-level meeting between the United States and China and decided to prioritize its role as facilitator between these two powers rather than signing the annual declaration calling for respect of human rights in Xinjiang.

According to diplomats, China is increasing pressure every year to dissuade U.N. members from signing the declarations, threatening not to renew peace missions in said countries or preventing others from building new embassies in China.