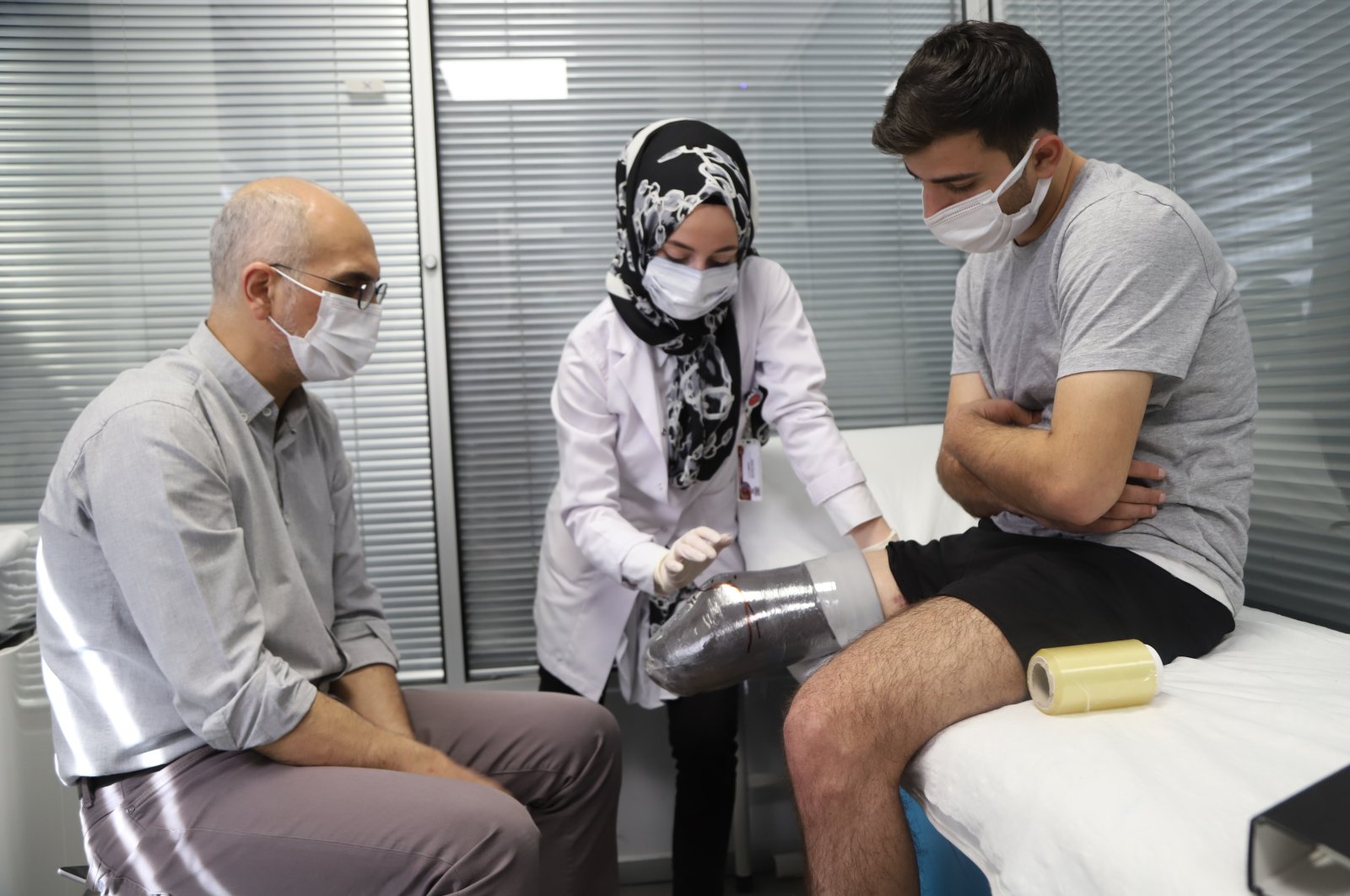 Five Azerbaijani veterans wounded in the recent Nagorno-Karabakh war have been provided with prosthetic limbs in Turkey as part of an aid project.

They were brought to Istanbul within the scope of a project by Turkey's Humanitarian Relief Foundation (IHH) and Alliance of International Doctors.

Prosthesis for the veterans, including soldiers and mine clearance officials who lost body parts in the conflict zone, were prepared in Azerbaijan's capital Baku and fitted in Istanbul.

Veterans will return to their home country after completing physical therapy and rehabilitation processes in Turkey.

Novruz Novruzov, a veteran, told Anadolu Agency (AA) that his right leg was injured when a mortar shell hit the Akdere region.

He was treated in hospital for about 45 days but his leg had to be amputated due to gangrene. "Before I was walking with crutches. I am very happy now ... I have my prosthesis," he said.

During the 44-day conflict, which ended under a Nov. 10 deal, Azerbaijan liberated several cities and nearly 300 settlements and villages from the Armenian occupation.