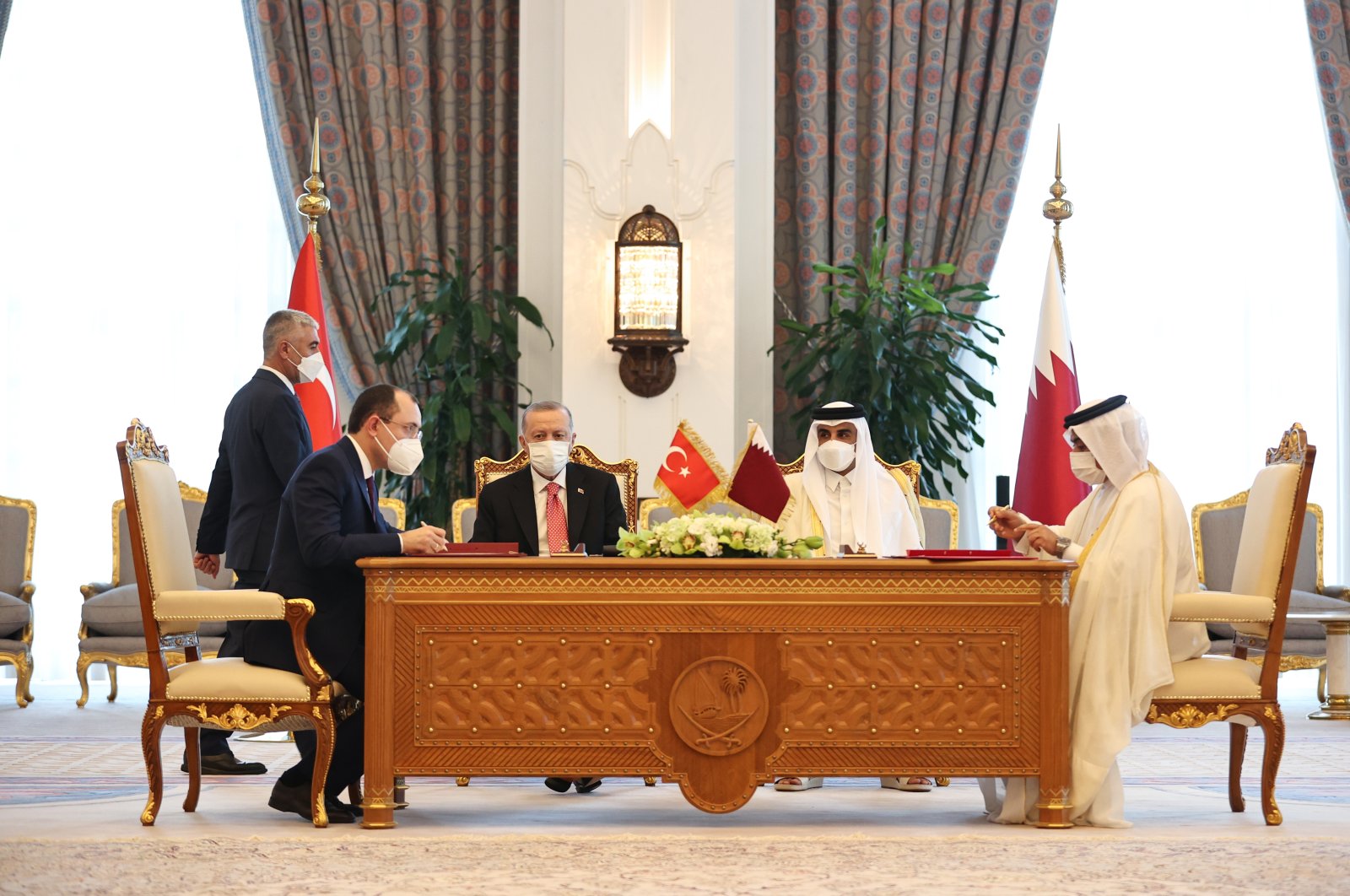 Altun reminded that Turkey signed several cooperation agreements with Qatar during Erdoğan’s two-day visit this week in which he attended the 7th Supreme Strategic Committee meeting in the capital Doha.

“Significant steps were taken including cooperation agreements and agreements in areas such as economy, security, diplomacy, culture, tourism and education which will transform the strategic cooperation of our country with Qatar into a real brotherhood,” he said on social media.

“We will strive to contribute to the development of our country, under the leadership of our President, with our economy based on investment, employment, production and exports, regardless of lies, smear campaigns and black propaganda at home and abroad.”

Abu Dhabi’s powerful crown prince visited Ankara in November, making his first official trip to Turkey since 2012 and the highest-level visit by an Emirati official since relations between the two countries hit a low point.

President Recep Tayyip Erdoğan and Crown Prince Sheikh Mohammed bin Zayed Al Nahyan (MBZ), who’s seen as the de facto leader and the force behind the UAE’s foreign policy posture, oversaw the signing of nearly a dozen cooperation deals during the visit while a top Emirati official said the UAE has earmarked $10 billion (TL 137 billion) for investment in Turkey.

Turkey and Spain have also been working to boost ties. Erdoğan during a visit by Spanish Prime Minister Pedro Sanchez last month, said that Turkey and Spain will work to elevate ties to a "comprehensive partnership.”

The first meeting of the Turkey-Spain Intergovernmental Summit was held in Istanbul in 2009, and the last summit between the two countries was held in Madrid in 2018.

The countries have traditionally enjoyed good relations, and have worked together as co-chairs of the United Nations Alliance of Civilizations initiative.