Ankara, Athens disagree on which issues to discuss in talks 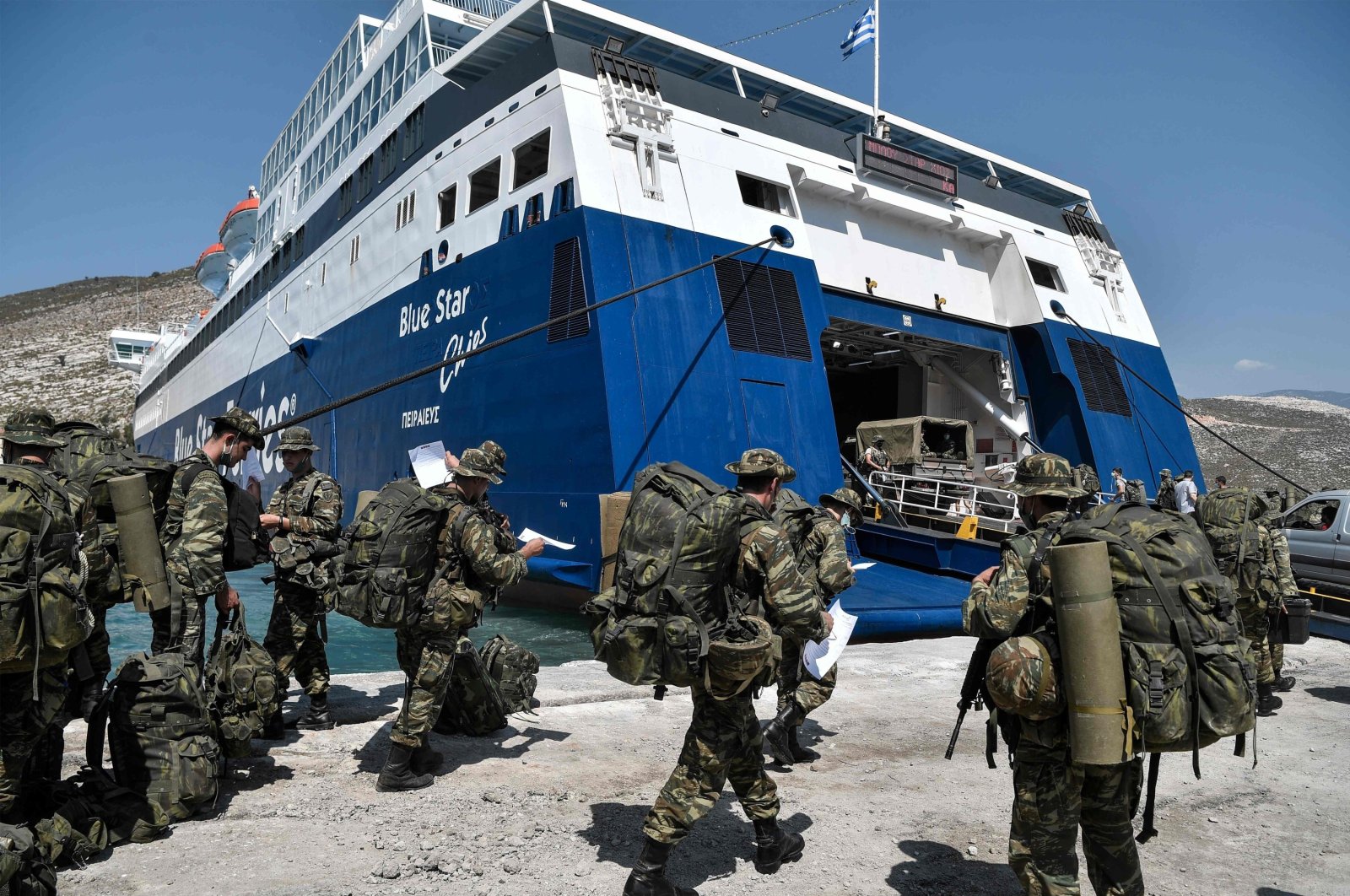 Greek soldiers prepare to board a ferry at the port of the tiny Greek island of Kastellorizo (Megisti-Meis), the southeasternmost inhabited Greek island in the Dodecanese, situated 2 kilometers (1.2 miles) off the south coast of Turkey, in Kastellorizo, Greece, Aug. 31, 2020. (AFP Photo)
by Betül Usta Jan 25, 2021 1:01 pm
RECOMMENDED

As Turkey and Greece on Monday relaunched exploratory talks in Istanbul to discuss their disputes, the two sides differ on their approach to the talks.

While Turkey advocates discussing together all issues that have caused tensions between the two NATO-allied neighbors, Greece demands to limit the talks to only the demarcation of exclusive economic zones (EEZs) and the continental shelf in the Eastern Mediterranean.

Among the topics that Turkey wants to evaluate, Greece rejects the inclusion of the critical issues of airspace and the status of some Greek islands in the Aegean.

An arm of the Mediterranean, the Aegean Sea is studded with more than 2,000 islands and islets, some of which lie within 3 miles (4.8 kilometers) of the Turkish mainland. Greece has armed 18 out of the 23 islands in the region despite islands close to Turkey being required to have a demilitarized status under international treaties due to the overriding importance of these islands for Turkey's security. Lesbos (Midilli), Chios (Sakız), Samos (Sisam), Icaria (Ahikerya), Lemnos (Limni), Samothrace (Semadirek), Karpathos (Kerpe), Kastellorizo (Megisti-Meis), Rhodes (Rodos), Symi (Sömbeki), Tilos (Ileki), Kos (Istanköy), Kalymnos (Kelemez), Leros (Ileryöz), Patmos (Batnoz) and Psara (Ipsara) all have mandatory demilitarized status.

Starting from the Treaty of London in 1913, the militarization of the eastern Aegean islands was restricted and their demilitarized status was confirmed in the Treaty of Lausanne signed in 1923. The Lausanne Treaty established a political balance between the two countries by harmonizing vital interests including those in the Aegean. The 1947 Treaty of Paris, which ceded the Dodecanese islands from Italy to Greece, also confirmed their demilitarized status.

Greece, however, argues that the 1936 Montreux Convention on Turkish Straits should be applied in this case, while Ankara says Greece's obligation to disarm the islands remains unchanged under the Montreux Convention, asserting there is no provision that differentiates it from the Treaty of Lausanne on the issue. Greece gradually began to militarize the islands after 1960 and then quickened the pace after the Cyprus crisis of 1974.

In 1930, Greece also unilaterally extended its airspace over the Aegean Sea to 10 nautical miles from six. Since then, Athens has been claiming that Turkish fighter jets carrying out missions within the six-to-10-mile boundary are violating Greek airspace, contrary to international law.