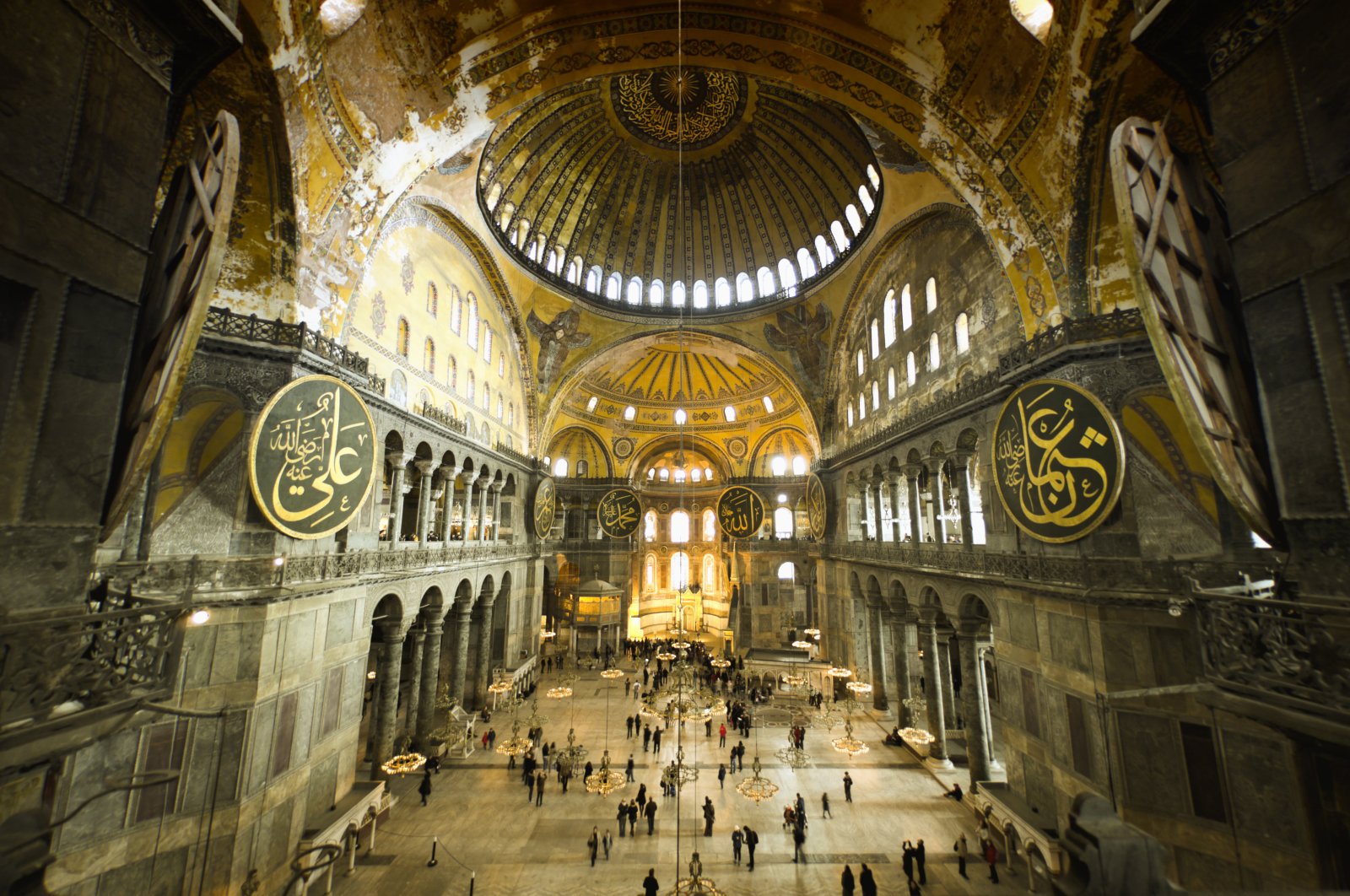 Turkey on Saturday shot back at an objection from Greece regarding the reading of passages from the Muslim holy book, the Quran, in Hagia Sophia, a landmark mosque-converted museum in Istanbul.

"The fact that Greece, the only remaining European country without a mosque in its capital, is disturbed by the recital of the Holy Quran in Hagia Sophia is a case in point illustrating the intolerant psychology of this country, especially at a time when calls to prayer can be heard from minarets in Europe and the importance of the principle of mutual respect is increasingly valued," said the written online statement.

Aksoy's statement came after remarks from the Greek Foreign Ministry said the move did not comply with the UNESCO Convention concerning the Protection of the World Cultural and Natural Heritage.

"Turkey has acted neither against the monumental status of Hagia Sophia nor the 1972 UNESCO Convention concerning the Protection of the World Cultural and Natural Heritage. On the contrary, thanks to Turkey's care and attention to the historical sites of Istanbul, these sites have survived for present generations as cultural heritages," Aksoy underlined.

Hagia Sophia was built in the sixth century during the Christian Byzantine Empire and served as the seat of the Greek Orthodox Church. It was converted into an imperial mosque with the Ottoman conquest of Istanbul in 1453. The structure was converted into a museum during the strictly secular single-party rule in 1935, but there have been discussions around converting it back to a mosque, with public demand to restore it as a place of worship gaining traction on social media.

In 2015, a cleric recited the Quran inside the building, a UNESCO World Heritage site, for the first time in 85 years. The following year, Turkey's religious authority began hosting and broadcasting religious readings during the holy month of Ramadan, and the call to prayer was recited inside on the anniversary of the first revelation of the Quran to the Prophet Muhammad.

Aksoy emphasized that the Hagia Sophia would remain a "significant treasure of Turkey and humanity" and will continue to be protected as such.

"We invite Greece to free itself of its mindset deriving from history," he added.

Aksoy also criticized "recent efforts of certain circles in Greece" to use the coronavirus pandemic as a pretext to silence the Muslim call to prayer in Western Thrace where it "has been recited for centuries."

For example, while the Turks living in Gümülcüne (Komotini) had previously elected their own muftis, Muslim legal experts who have the authority to rule on family and inheritance matters for local Muslims, the Greek state has been appointing its own mufti in the area under new protocols.

Religion is not the only sphere targeted by the state, according to the Turks of Western Thrace, who say their schools are being shut, damaging their efforts to protect their identity. For instance, 65 Turkish-language schools were closed in the past eight years, with the latest happening in the village of Kalamokastro.

The rights of the about 150,000 Turks of Western Thrace were guaranteed under the 1923 Treaty of Lausanne, a pact forged in the aftermath of World War I. Since then, however, the situation has steadily deteriorated. After a Greek junta came to power in 1967, the Turks of Western Thrace started to face harsher persecution and rights abuses by the Greek state. Following Turkey's 1974 peace operation in Cyprus to save Turkish Cypriots there, the Greek military junta eventually fell, but the tight restrictions on the Turkish minority persisted and tightened. By the early 1990s, some rights of the Turkish minority were restored but only partially. Problems regarding collective and civil rights continued, however, and additional suffering emerged.