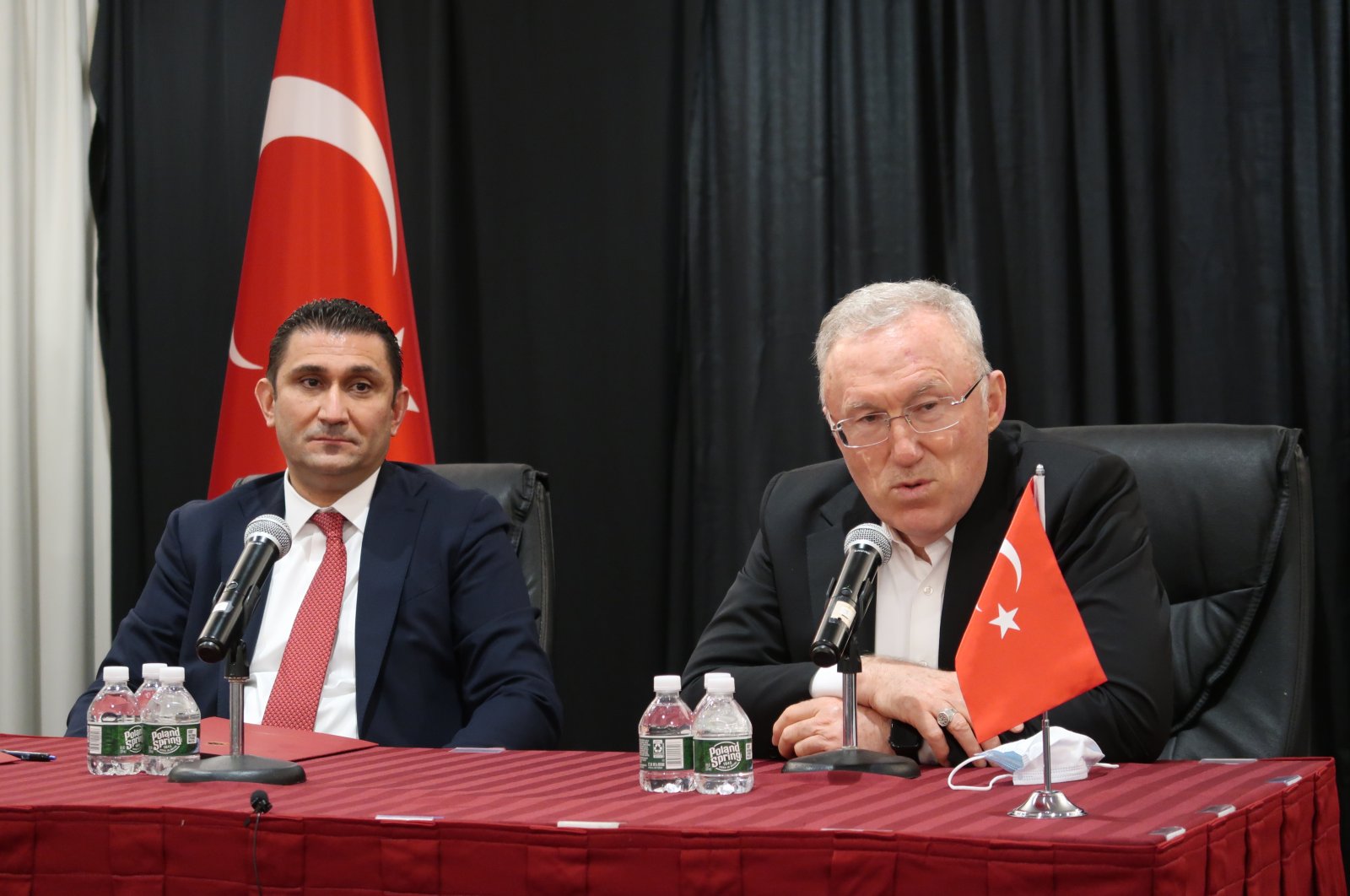 Turkey's new ambassador to Washington, Hasan Murat Mercan, said they would exert efforts for the development of economic and commercial relations between Turkey and the United States.

Mercan, who recently took office, met with representatives of Turkish nongovernmental organizations (NGOs) and members of the Turkish community in New York.

Accompanied by Turkey's Consul General in New York Reyhan Özgür, Mercan said that the key to defending Turkey's interests is to improve relations with the United States.

Mercan pointed out that there are chronic problems in the political dimension of Turkey-U.S. relations for many years, and that there are some periodic problems other than these, but the two countries still continue to cooperate in the strategic field.

Highlighting that the contributions of citizens are a necessity in maintaining U.S.-Turkey relations, Mercan said that they planned sectoral activities in the economic field and expect support from the Turkish American community on this issue.

Pointing out the importance of cultural activities for the people of the two countries to understand each other better, Mercan said, "I personally attach great importance to the year 2023, especially in the context of the 100th anniversary of the foundation of our Republic. We have started work on this issue."

Relations between Turkey and the U.S. have been tense due to a range of issues including U.S. support for the Syrian offshoot of the PKK terrorist group, the YPG; its inaction against the Gülenist Terror Group (FETÖ) and Ankara's purchase of Russia's S-400 missile defense system.

The U.S.' support of the YPG in northern Syria during the country's civil war has been one of the most controversial topics that seriously harmed the partnership between the two countries. Regarding this support, Jeffrey said that the U.S. has its own national interests in Syria within the context of the fight against the terrorist group Daesh, and it was not possible for the U.S. to conduct this fight without a partner with power in the field.

FETÖ and its U.S.-based leader Fetullah Gülen orchestrated the defeated coup of July 15, 2016, which left 251 people killed and 2,734 injured.

FETÖ has a considerable presence internationally, particularly in the U.S., including private schools that serve as a revenue stream for the terrorist group. The U.S. is home to a large community of Gülenists, including Gülen. Gülen has lived in self-imposed exile in a secluded compound in the U.S. state of Pennsylvania since 1999. The U.S. is the target of most extradition requests. Turkey has sent seven extradition requests for Gülen to Washington but has seen little progress.