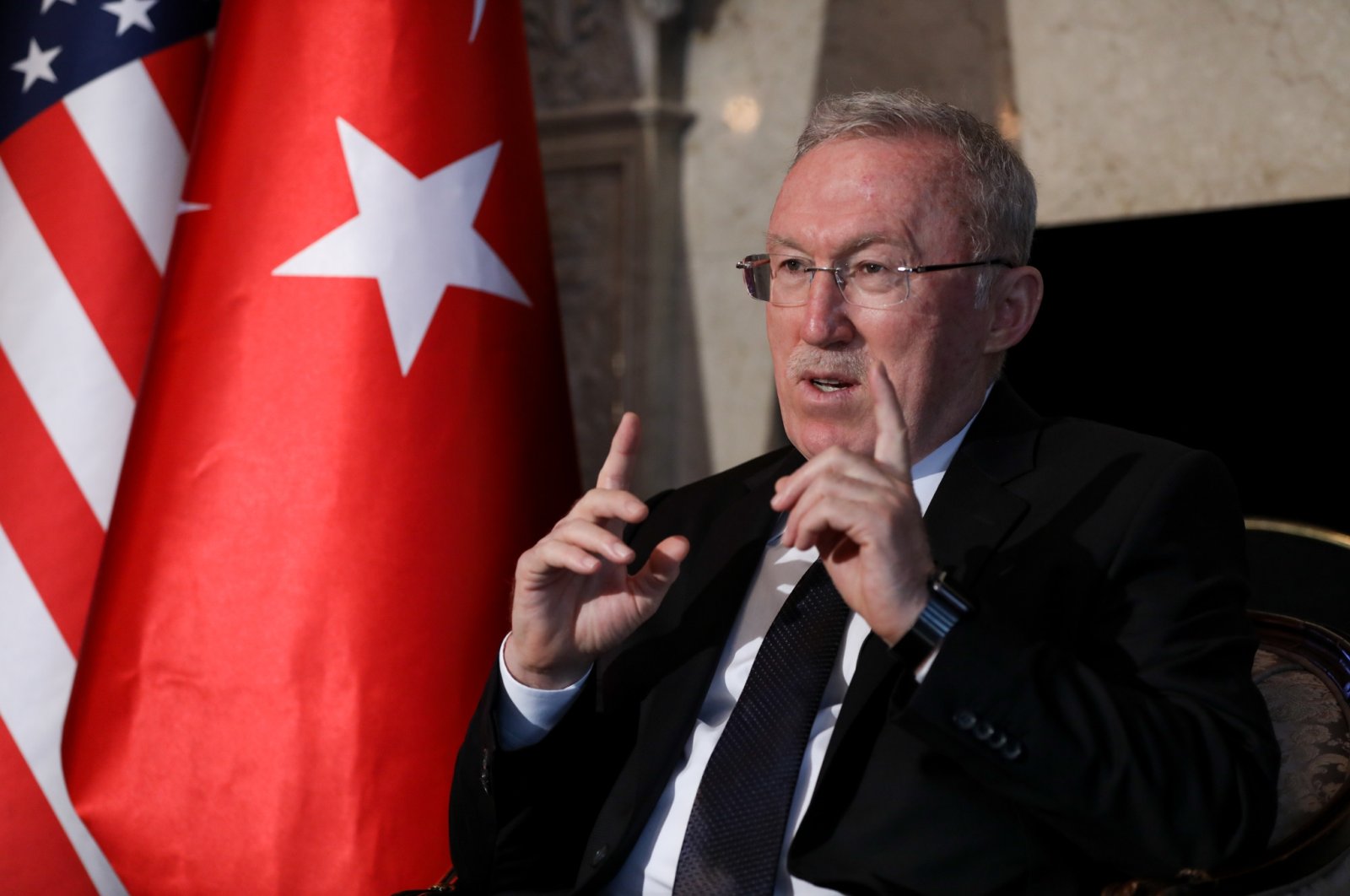 In an interview, Ambassador Hasan Murat Mercan, who took office last month, said the two nations should adopt a "realist but positive" approach towards Turkish-American relations and pledged to work to enhance cooperation in areas of mutual interest.

"Turkey is much stronger with its military power, cultural history and human infrastructure when compared to other countries in the region. There may be cyclic ups and downs in Turkish-American relations. This is very natural," he said.

"But," the envoy continued, "when you look at long-term relations, we should see what the mutual interests are between the two nations. Let's continue to talk about the existing problems, but those problems should not poison our cooperation in other areas."

"If we focus on existing problems, only develop strategies to solve those problems and put our relations into this framework, we will not be able to make much progress," he added.

He said Turkey and the U.S. are two key countries with a longstanding alliance, noting that both support transatlantic solidarity.

Mercan said cooperation on regional stability and development focused on common interests will be important both for Turkey and the U.S.

"Given that, I propose moving ahead together. When we do that, the problem of trust will disappear by itself," he added.

Relations between Turkey and the U.S. have been tense due to a range of issues including U.S. support for the Syrian offshoot of the PKK terrorist group, the YPG; its inaction against the Gülenist Terror Group (FETÖ) and Ankara's purchase of Russia's S-400 missile defense system.

The U.S.' support of the YPG in northern Syria during the country's civil war has been one of the most controversial topics that seriously harmed the partnership between the two countries. Regarding this support, Jeffrey said that the U.S. has its own national interests in Syria within the context of the fight against the terrorist group Daesh, and it was not possible for the U.S. to conduct this fight without a partner having power on the field.

'Turkey more important than ever'

Mercan said decision-makers engaged in Turkish-American relations are aware of Turkey's importance, and if the U.S. wants to maintain a presence in the Middle East and Europe, Turkey is one of the most important actors in the region.

"The reason is simple: Turkey's geography, human resources, population, threats in the region and global repercussions of these threats.

"If the U.S. continues to be interested in these issues, then Turkey will emerge as an indispensable country, which is very natural. Besides, new balances are emerging after the COVID-19 pandemic. At this point, Turkey's importance in the region is much more than ever before," he added.

The diplomat said there are serious differences and "issues that we cannot agree on," but these differences should not harm Turkish and U.S. interests in the medium and long term.

The ambassador also touched on U.S. inaction against FETÖ, the group behind the July 15 coup attempt in Turkey, calling it a cause of "serious issues" between the two countries.

"The erroneous policies of the U.S. administrations and system on this issue are saddening," said Mercan, adding that Turkish-American relations are too important to be undermined due to stances on this matter.

"This is an issue that negatively impacts our relations and extremely bothers our country and people. That the perpetrators of a coup attempt staged in Turkey are sheltering in another NATO ally always saddens us.

"That will harm our relations and add more question marks. That is true for the YPG/PKK, too," he added.

FETÖ and its U.S.-based leader Fetullah Gülen orchestrated the defeated coup of July 15, 2016, which left 251 people killed and 2,734 injured.

FETÖ has a considerable presence internationally, particularly in the U.S., including private schools that serve as a revenue stream for the terrorist group. The U.S. is home to a large community of Gülenists, including Gülen. Gülen has lived in self-imposed exile in a secluded compound in the U.S. state of Pennsylvania since 1999. The U.S. is the target of most extradition requests. Turkey has sent seven extradition requests for Gülen to Washington but has seen little progress.

Mercan pointed to the U.S. media and public bring up the so-called Armenian genocide every year, noting that it is another issue that harms relations with Turkey.

"No U.S. president has so far used the so-called word 'genocide' and (President Joe) Biden is the one who decides on whether to use it or not and Ankara will take necessary steps toward such a move," said Mercan.

He said Turkey's explanations are clear and independent historians should work together to shed light on this issue.

"That has been a proposal by Turkey since the very beginning, but unfortunately, the Armenian side has yet to take a step," said the envoy.

Turkey claims the events of 1915 in eastern Anatolia took place when Armenians sided with the invading Russians and revolted against Ottoman forces, resulting in numerous casualties and the subsequent relocation of Armenians.

Turkey objects to the presentation of the incidents as "genocide" but describes the 1915 events as a tragedy in which both sides suffered losses.

Ankara has repeatedly proposed the creation of a joint commission of historians from Turkey and Armenia that includes international experts to examine the issue.