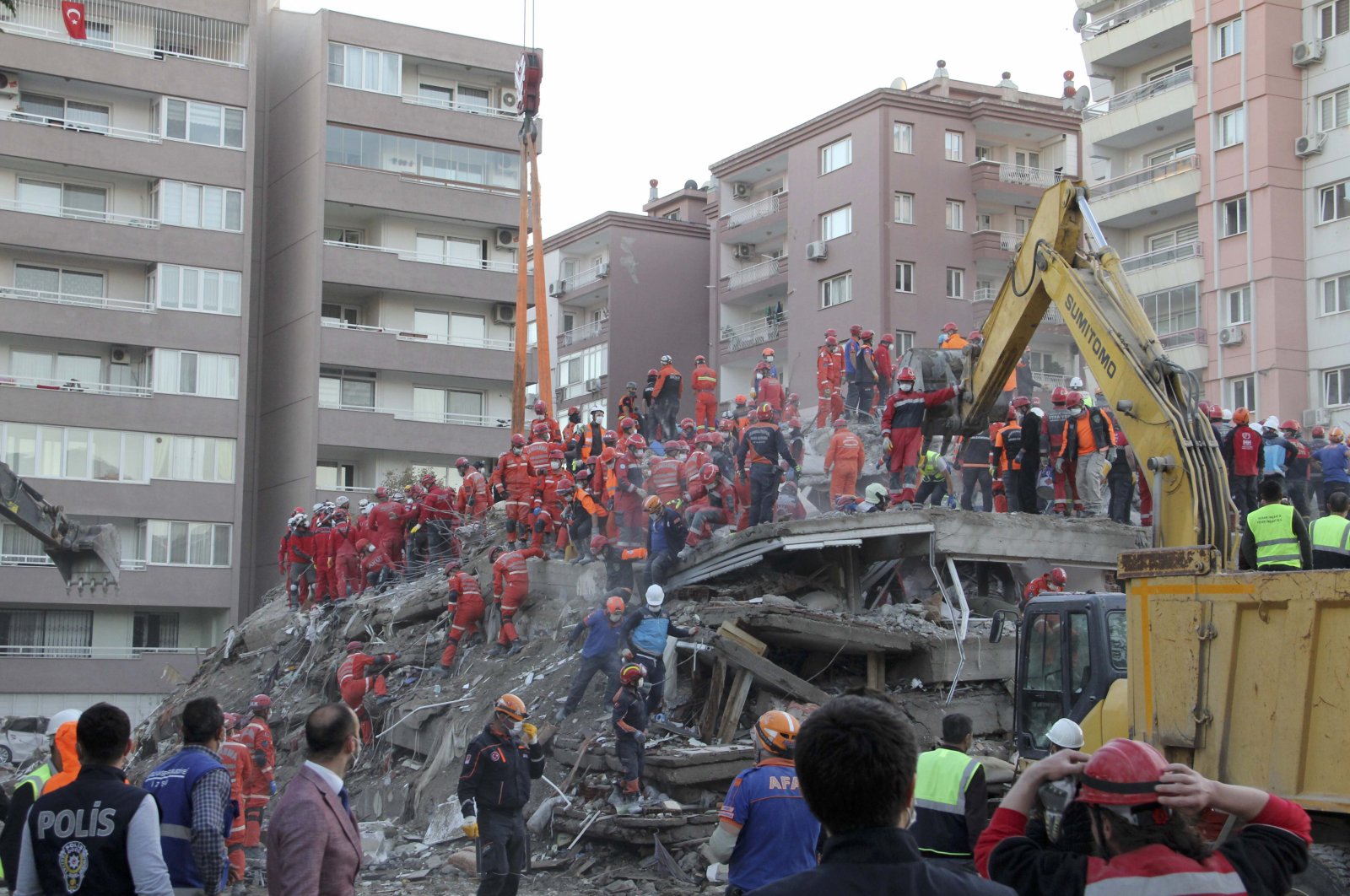 Rescue workers, who were trying to reach survivors in the rubble of a collapsed building, leave the area as the adjacent building at the right started moving, in Izmir, Turkey, Nov. 1, 2020. (AP Photo)
by Anadolu Agency
Nov 02, 2020 9:25 am

Top authorities from Argentina, Bolivia and Japan extended their condolences to Turkey on Monday over the loss of lives from last week's earthquake in the Aegean region.

"I felt deep sadness on learning that many people lost their lives and a huge amount of damage was caused. On behalf of the Japanese government and people, I extend my heartfelt condolences to the families of the deceased and wish a quick recovery for the injured," Japanese Prime Minister Yoshihide Suga said in a message to President Recep Tayyip Erdoğan.

Reminding that his country also suffered greatly from earthquakes, Suga said: "Japan and Turkey have always supported each other in past earthquakes. Japan is forever with the Turkish people while Turkey overcomes this difficulty."

"The Argentine government expresses deep solidarity with the peoples and governments of Greece and Turkey over the earthquake, which caused the loss of many lives, injuries and material damage," said it's Foreign Ministry in a statement.

The statement also expressed condolences and wished a speedy recovery for the injured.

"We extend our condolences in solidarity with Turkey and Greece in this sorrowful time caused by the earthquake that jolted the cities," Bolivian politician Luis Arce Catacora, who is expected to take over the presidency after winning general elections on Oct. 18, said in a statement.

The death toll in Turkey from Friday's magnitude 6.6 earthquake in the Aegean Sea has risen to 79, the country's Disaster and Emergency Management Authority (AFAD) said early Monday.

Some 1,120 aftershocks have hit the area since then, 43 of them above magnitude 4, AFAD said. It added that 962 people were injured, with 743 of them discharged from hospitals and 219 people still under treatment.