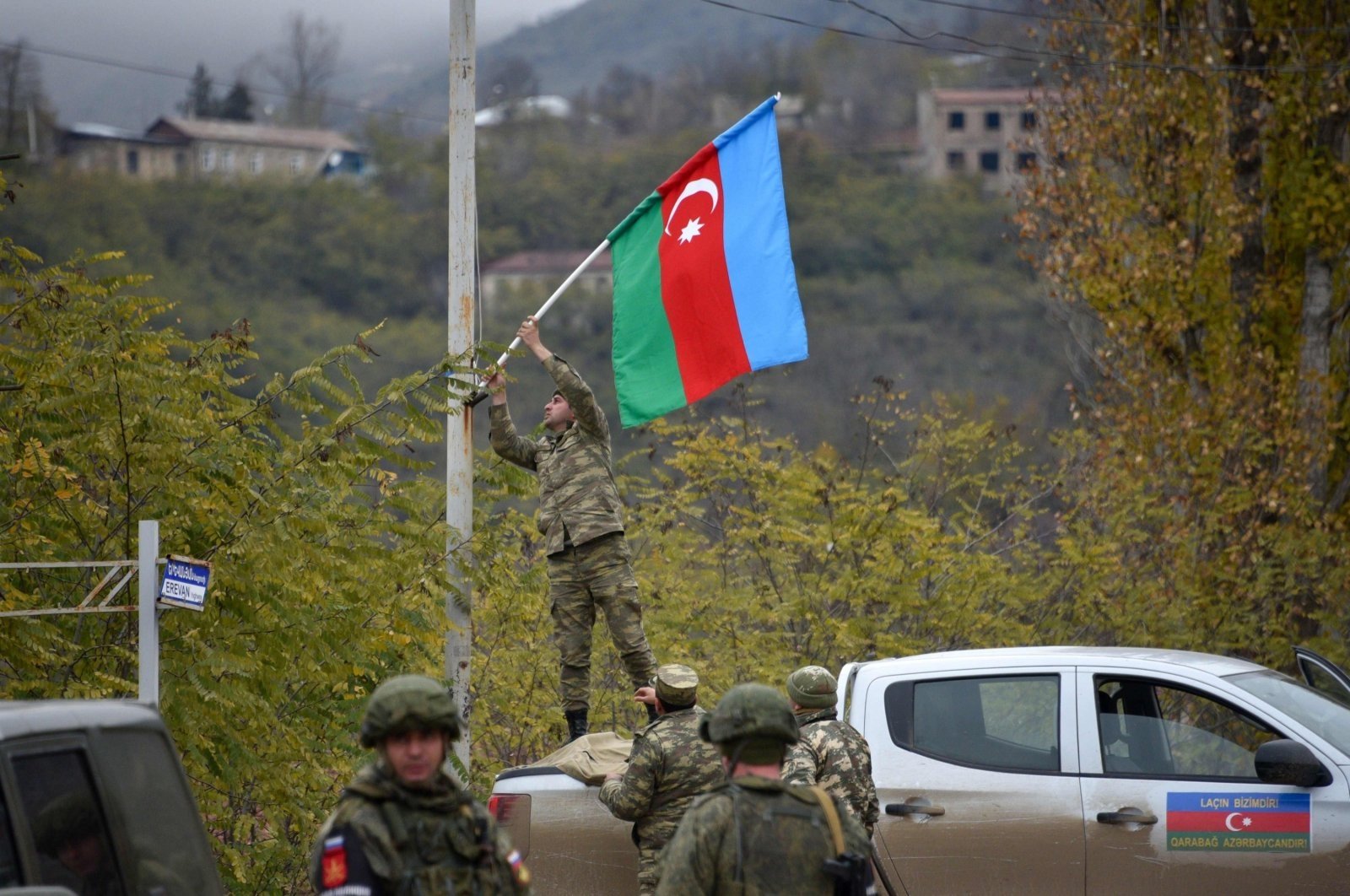 Reiterating calls for increased regional cooperation and security in the South Caucasus, Azerbaijani presidential aide Hikmet Hajiyev said that Armenia must abandon its escalatory rhetoric and concentrate on building a new positive agenda

Armenia must cease its territorial claims that go against Azerbaijan and pursue a peaceful agenda in the South Caucasus, Hikmet Hajiyev, aide to Azerbaijani President Ilhan Aliyev, said on Thursday.

Speaking to Daily Sabah on the sidelines of the eighth Global Baku Forum, Hajiyev urged Yerevan to “build a new positive agenda.”

“We are actually seeing some messages coming from Armenia but we would like to see more concrete and steadfast steps from the Armenian side. Unfortunately, sometimes Armenia is taking one step forward and two steps back. Backward policies and retrospective approaches should be avoided while more forward-looking and future-looking approaches should be applied,” he stressed.

Hajiyev said that Armenia is still sticking to its old narrative, stressing that it is completely unacceptable as "Armenia should first psychologically and mentally change to accept a new reality, which is based on the reality that the Nagorno-Karabakh conflict is over.”

He stated that Armenia's policy of occupation was brought to a final end through political and military means and that U.N. Security Council resolutions have been established.

Hajiyev called on Armenia to change its revanchist way of thinking and stop its "destructive and escalatory rhetoric," in particular the use of terminology like "Nagorno-Karabakh republic" or "Artsakh republic."

Hajiyev also spoke on the planned Zangezur corridor. Zangezur was part of Azerbaijan before the Soviets gave the region to Armenia in the 1920s. After the move, Azerbaijan lost its link with the Nakhchivan enclave.

Azerbaijan has placed emphasis on projects in the Zangezur corridor, which will include highways and rail lines that stretch across territories of Armenia's Syunik region.

Acknowledging that it is hard to say when it will open, Hajiyev said that Armenia has an obligation to open the corridor, noting the trilateral statement signed by Azerbaijan, Armenia and Russia at the highest level.

He explained that currently, trilateral working group meetings are being held at the deputy prime minister level between Russia, Azerbaijan and Armenia, however, Baku expects more concrete, practical measures from Yerevan.

The corridor presents opportunities for regional cooperation, trade and connectivity, Hajiyev noted, highlighting that it will first end the blockade of Nakhchivan, which he describes as an "inseparable part of Azerbaijan," by providing a direct link between the enclave and mainland Azerbaijan.

He stated that in the meantime, “Armenia should also assess what kind of opportunities it can get because it will also transform Armenia from a landlocked country to a 'land-linked' country.”

Describing all transport corridors and connectivity systems as a "two-way street," Hajiyev said the corridor provides an opportunity for Armenia to be linked with Azerbaijan's connectivity system and reach Iranian and Russian railway networks.

“The potential is over there, but Armenia should assess and make rational and fast decisions.”

Another issue on the agendas of Caucasus nations is a planned six-country platform to promote cooperation.

However, tensions have mounted recently between Iran and Azerbaijan as Tehran heckles Baku over its ties with Israel and Baku criticizes Tehran's "provocative" military actions near its borders.

“There was an escalation in rhetoric between Azerbaijan and Iran. Now, we have received positive messages from Iran, highlighting the importance it attaches to building relations with its neighbors,” Hajiyev explained, adding that Baku prefers mutually beneficial cooperation and good neighborly relations based on respect and non-interference in one another’s domestic and foreign policy choices.

“The region of the South Caucasus belongs to us and we are part of that, we should think about peace and security and stability in this region. Azerbaijan sees this as an inclusive process," said Hajiyev on the initiative, adding: "From that perspective, the South Caucasus and our neighboring countries, like Turkey, Russia and Iran, can also join this process and have a platform of extensive discussions and deliberations.”

Describing Ankara and Baku as pioneers of stability in the South Caucasus region, Hajiyev said: “Even before the resolution of the Nagorno-Karabakh conflict and 44 days of war, Turkish-Azerbaijani cooperation was a strong pillar of regional security.”

“Our different projects are providing mutually beneficial elements of cooperation of our neighbors as well.”

Hajiyev also drew attention to Ankara and Baku's "extensive defense and military cooperation" and noted what a tremendous support Turkey was in helping Azerbaijan build its defense forces and train its military.