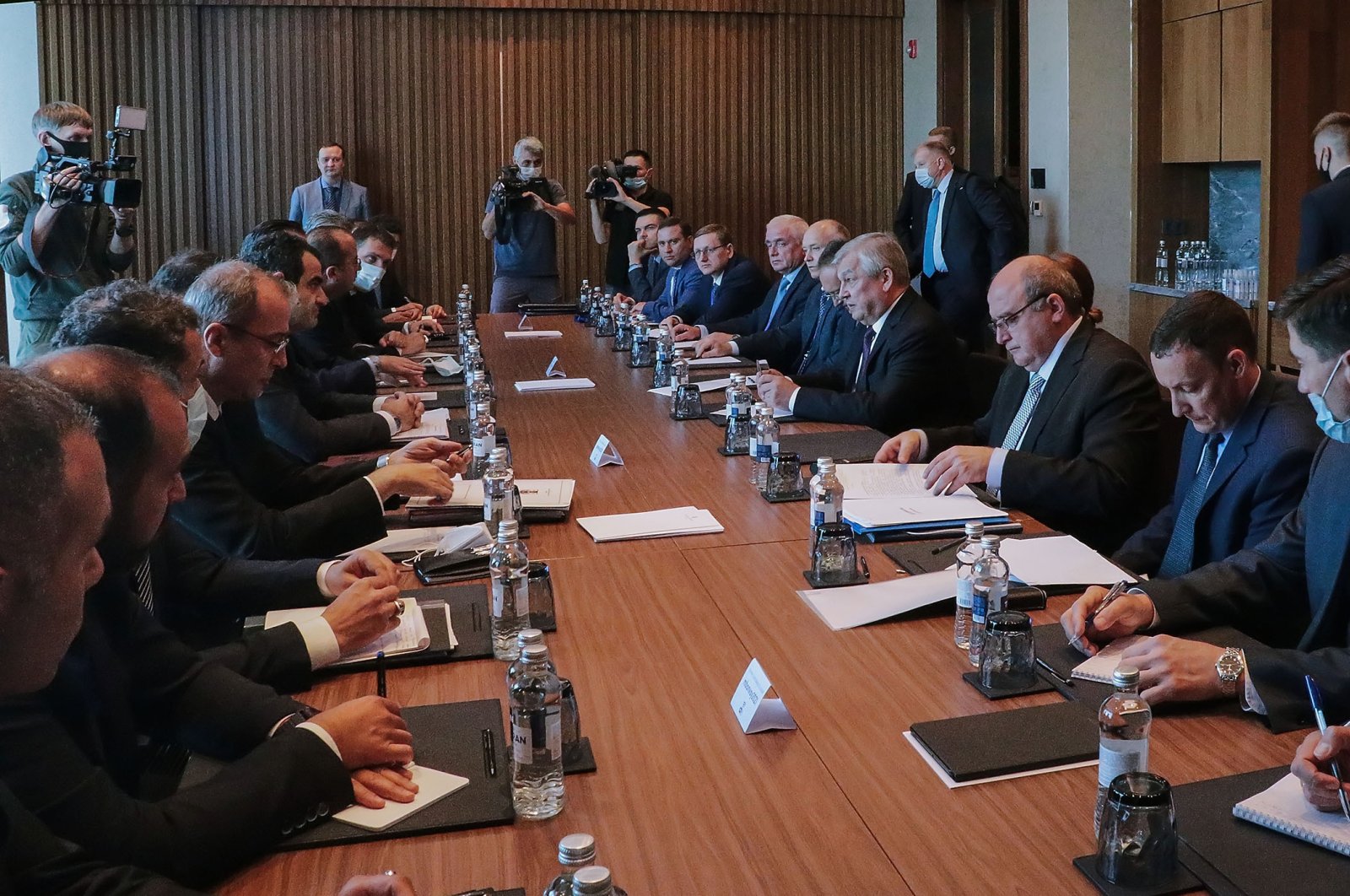 Turkey, Russia and Iran pledged to maintain cooperation in Syria to decisively defeat Daesh and other terrorists, the RIA news agency cited a joint statement by the nations as saying following the 16th meeting of the Astana process Thursday.

The three powers attended international talks in Kazakhstan's city of Nur-Sultan to discuss the Syrian conflict.

The Turkish delegation was represented by the Foreign Ministry director general responsible for Syria, Ambassador Selçuk Ünal, while the Syrian opposition was headed by Ahmet Toma. The Russian delegation was led by the country's special envoy to Syria Alexander Lavrentiev and Iran by Ali Asghar Khaji, a senior adviser to the Iranian foreign minister on special political affairs.

The meeting focused on the situation on the ground in Syria, socioeconomic and sanitary-epidemiological issues, international humanitarian assistance to Syria, prospects for the resumption of work by the Syrian Constitutional Committee in Geneva and confidence-building measures including prisoner exchanges, the release of hostages and the search for missing persons.

The Astana meeting was initiated by Turkey, Iran and Russia to bring the warring sides in Syria together to find a permanent solution to the decadelong war. The main agenda items have been the constitutional system, political transition, security and resettlement. The first Astana meeting was held in Turkey in January 2017 to facilitate United Nations-sponsored peace talks in Geneva.

A U.N. Security Council resolution adopted in December 2015 unanimously endorsed a road map to peace in Syria that was approved in Geneva June 30, 2012, by representatives of the U.N., the Arab League, the European Union, Turkey and all five permanent Security Council members – the United States, Russia, China, France and Britain.