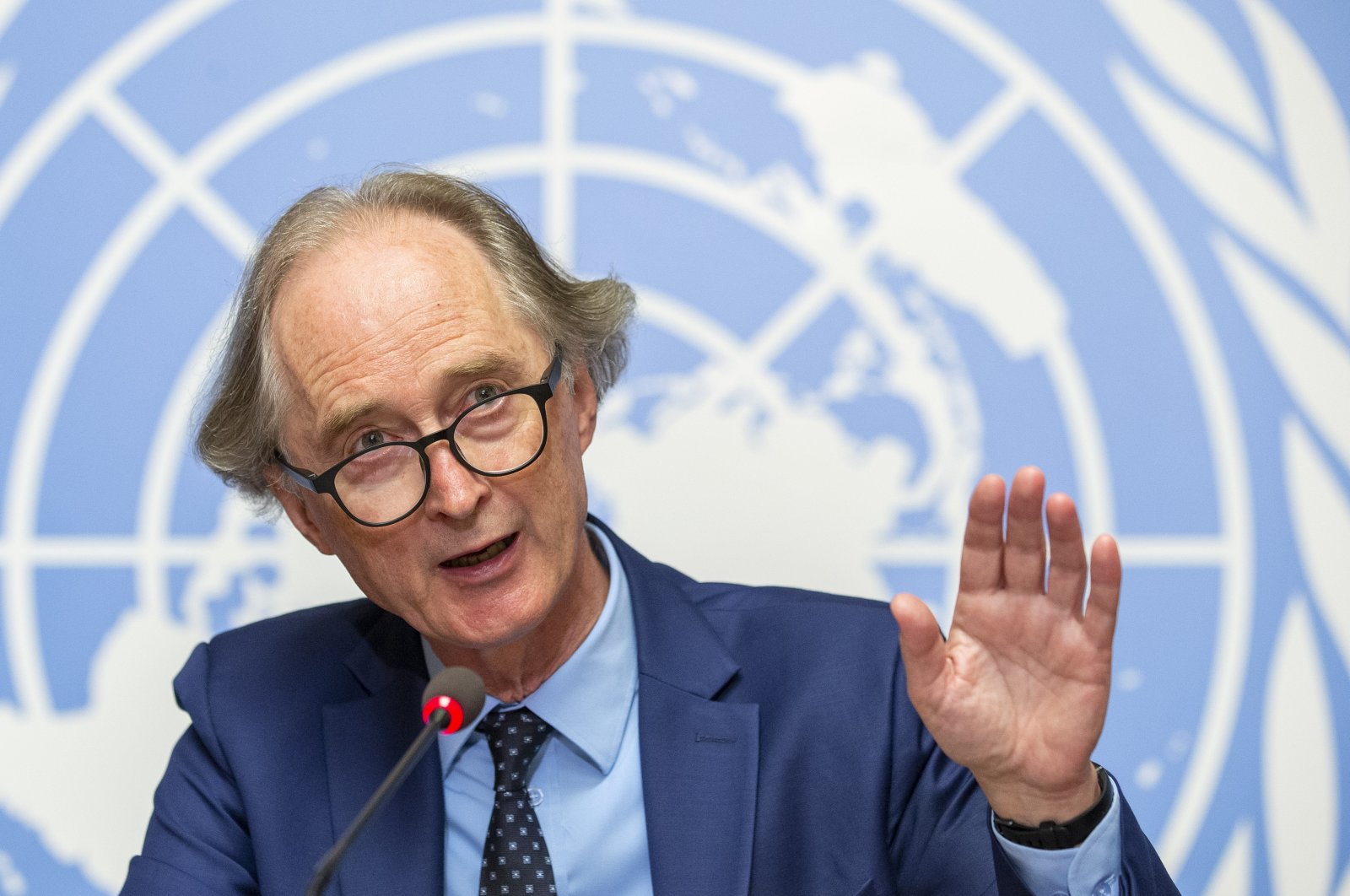 Turkey, Russia and Iran in a joint statement on Thursday reaffirmed their readiness to support the Syrian Constitutional Committee's work through continuous interaction with the Syrian delegates and the U.N. Secretary-General’s Special Envoy for Syria Geir O. Pedersen, as the facilitator, in order to ensure its sustainable and effective functioning.

The three countries, as guarantors of the Astana format, held a trilateral meeting on the margins of the regular session of the Constitutional Committee`s Drafting Commission in Geneva.

According to the statement released by the trio, they welcomed the convening of the fifth meeting of the commission and reaffirmed their strong commitment to the sovereignty, independence, unity and territorial integrity of Syria and emphasized that these principles should be respected by all sides.

They also emphasized the important role of the Constitutional Committee in Geneva, created as a result of the decisive contribution of the Astana guarantors and in furtherance of the decisions of the Syrian National Dialogue Congress in Sochi, in advancing the Syrian-led and Syrian-owned, U.N.-facilitated political process in line with the U.N. Security Council (UNSC) Resolution 2254.

The statement also "expressed their view that the work of the Constitutional Committee should be governed by a sense of compromise and constructive engagement without foreign interference and externally imposed timelines aimed at reaching general agreement of its members that would enable the outcome to receive the widest possible support by the Syrian people."

The trio reaffirmed the intention to continue their consultations on the above-mentioned issues during the next International Meeting on Syria in the Astana format in Sochi on Feb. 16-17.

The Astana meeting was initiated by Turkey, Iran and Russia to bring the warring sides in Syria together to find a permanent solution to the 10-year-long war. The main agenda items have been the constitutional system, the political transition, security and resettlement. The first meeting of the Astana process was in Turkey in January 2017 to facilitate U.N.-sponsored peace talks in Geneva.

Since Monday, Pedersen, the U.N. Syria envoy, has been facilitating the five-day talks of the 45-strong Syrian Constitutional Committee aimed at a final peaceful solution after a decade of war. The talks in Geneva are expected to last until Friday, with setting the basic principles of the constitution being the focus of the agenda.

The United States and several Western allies have accused Bashar Assad of deliberately delaying the drafting of a new constitution to waste time until presidential elections this year and avoid U.N.-supervised voting as called for by the UNSC.