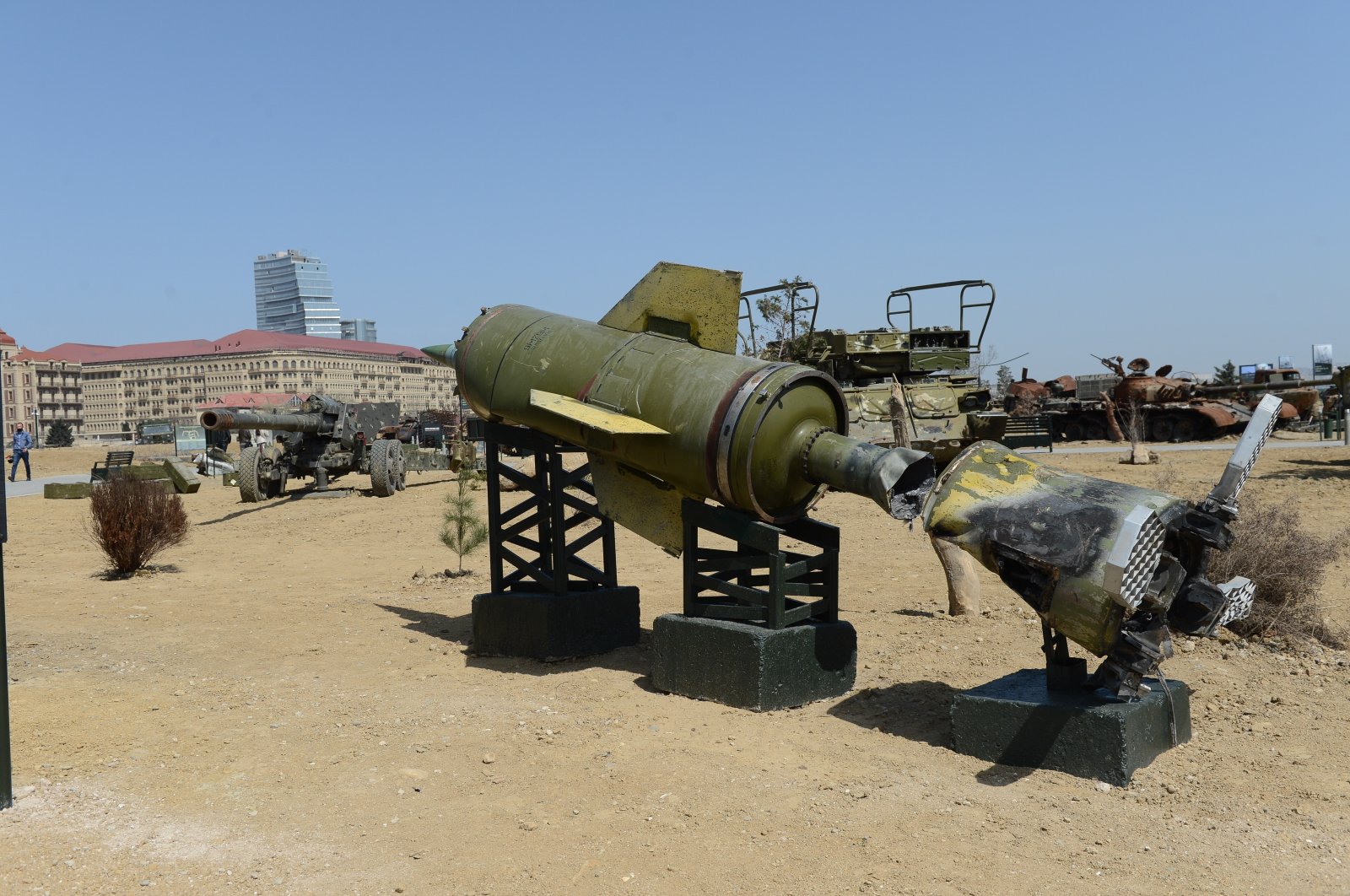 Some of the weapons and armored vehicles captured by the Azerbaijani army from Armenian forces during the recent Nagorno-Karabakh War have begun to be exhibited in a newly built open-air museum in Baku.

The "Spoils of War Museum," which was opened Tuesday by the Azerbaijani President Ilham Aliyev, displays tanks, armored vehicles, artillery, missile systems, personnel carriers and other vehicles, either destroyed during the war or seized in working condition.

The park, located on 5 hectares (538 square feet) of land on the Caspian Sea, is reminiscent of a real battlefield. Right at the entrance of the museum, there are the remains of an "Iskender-M" missile, which Armenia used during the war against Azerbaijan. In the exhibition, it is possible to see all kinds of vehicles and weapons used by the Armenian army, from T-72 tanks to BMP armored vehicles, from Zastava M-55 anti-aircraft guns to Gvozdika self-propelled guns, and Toçka-U and Smerç missiles.

At the museum, the 10-stage defense lines established by Armenia and their positions were exactly replicated. There are models of Armenian soldiers at the positions where mines are laid in front of them.

The heads of some model soldiers are pointing towards the sky. With this, the models refer to the fear of the Armenian soldiers caused by the drones used by the Azerbaijani army in the war.

"Karabakh is Azerbaijan" is written on the sign in the museum, on which more than 2,000 Armenian license plates are arranged side by side.

Wooden bullet boxes of the Armenian army were used in the construction of the benches in the museum. The lighting at the edges of the walking tracks was also made of tank bullets.

It is stated that the museum, which reflects Azerbaijan's victory in Nagorno-Karabakh in all its glory, will be one of the most visited places in the country.