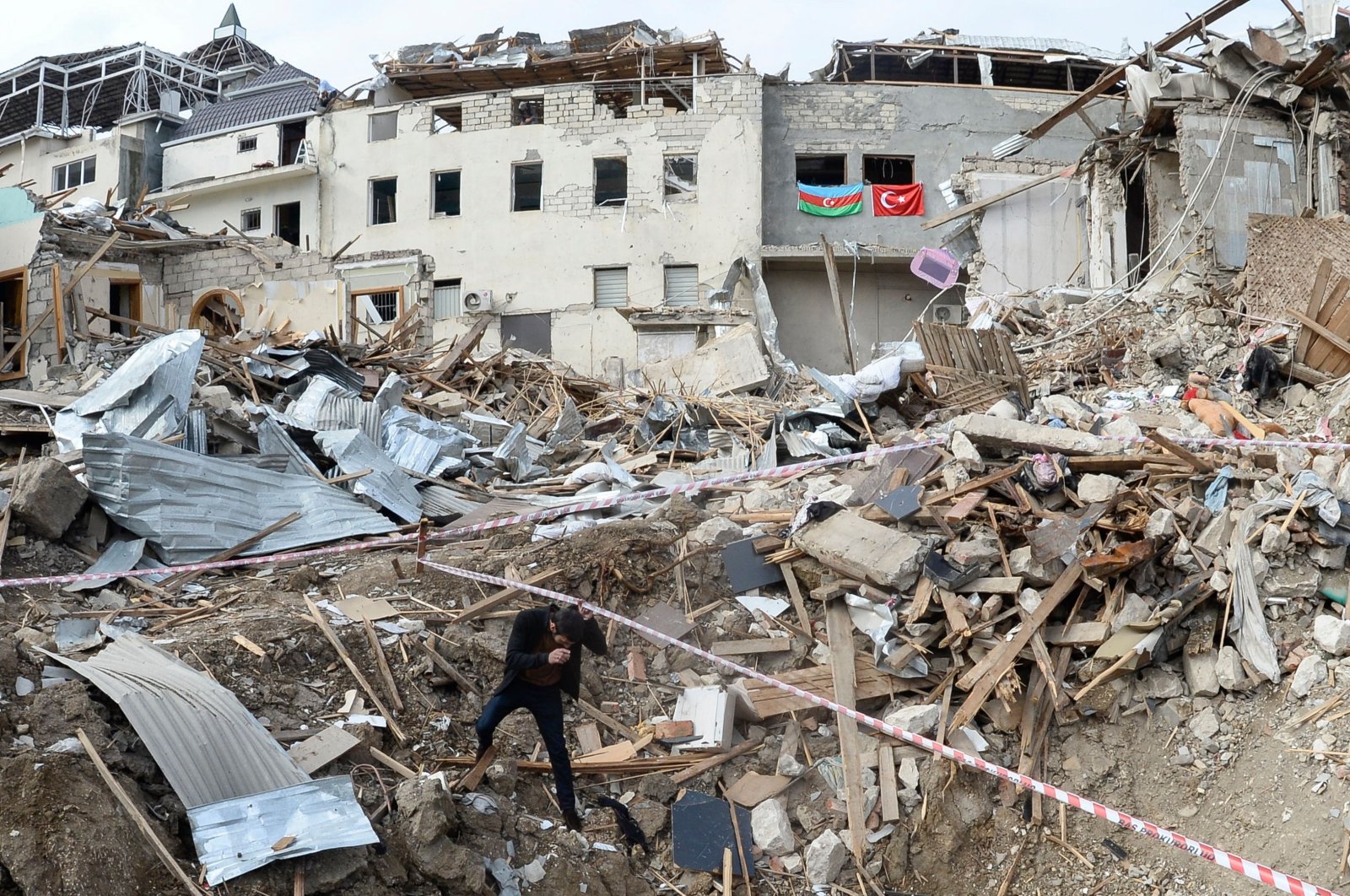 Azerbaijani Canadians have launched a campaign urging the Canadian government to impose sanctions on Armenia, which has been occupying Azerbaijani territories for the past three decades and has been committing war crimes against civilians.

Azerbaijani Canadian Multicultural Center’s Communications Coordinator Anar Jahangirli told Anadolu Agency (AA) that they have launched a petition to raise awareness about Armenia’s war crimes as it attacks civilians in the cities of Ganja, Mingachevir, Tartar, Barda, Gabala and other areas in Azerbaijan.

“The latest attack in Ganja resulted in the deaths of 15 civilians, including two infants,” Jahangirli said and added: “This is the reason why we are urging the Canadian government to impose military and trade sanctions on Armenia.”

He continued by noting that Azerbaijanis living in Canada will continue to inform Canadian society about Armenia’s war crimes, which are often underreported in media outlets.

The petition to the Liberal Party of Canada, which leads the government, has collected over 1,400 signatures.

“Currently, the government of Armenia engaged in missile attacks against the inner cities of Azerbaijan, such as Ganja, Xizi, Barda, etc., which are fairly far away from the recent conflict zone – the Nagorno-Karabakh area and its seven surrounding districts that are the internationally recognized part of Azerbaijan. Women, seniors and children get killed by ballistic missiles. Please help us to stop this horror,” the petition read.

Meanwhile, Jahangirli also said Toronto Mayor John Tory needs to apologize for his recent remarks on the ongoing conflict between Azerbaijan and Armenia.

Noting that the Azerbaijani community is disturbed about Tory’s one-sided stance, Jahangirli said almost one in 10 Azerbaijanis are a victim of the Nagorno-Karabakh war.

“We urge the mayor to immediately apologize and pay equal respect to all residents of Toronto,” he added.

Nagorno-Karabakh has seen heavy fighting over recent weeks, which has claimed the lives of 600 people, including civilians. The region is considered by the United Nations and international law to be part of Azerbaijan.

From Sept. 27 until Oct. 14, at least 43 Azerbaijani civilians lost their lives and more than 200 were injured, said the country's chief prosecutor's office.