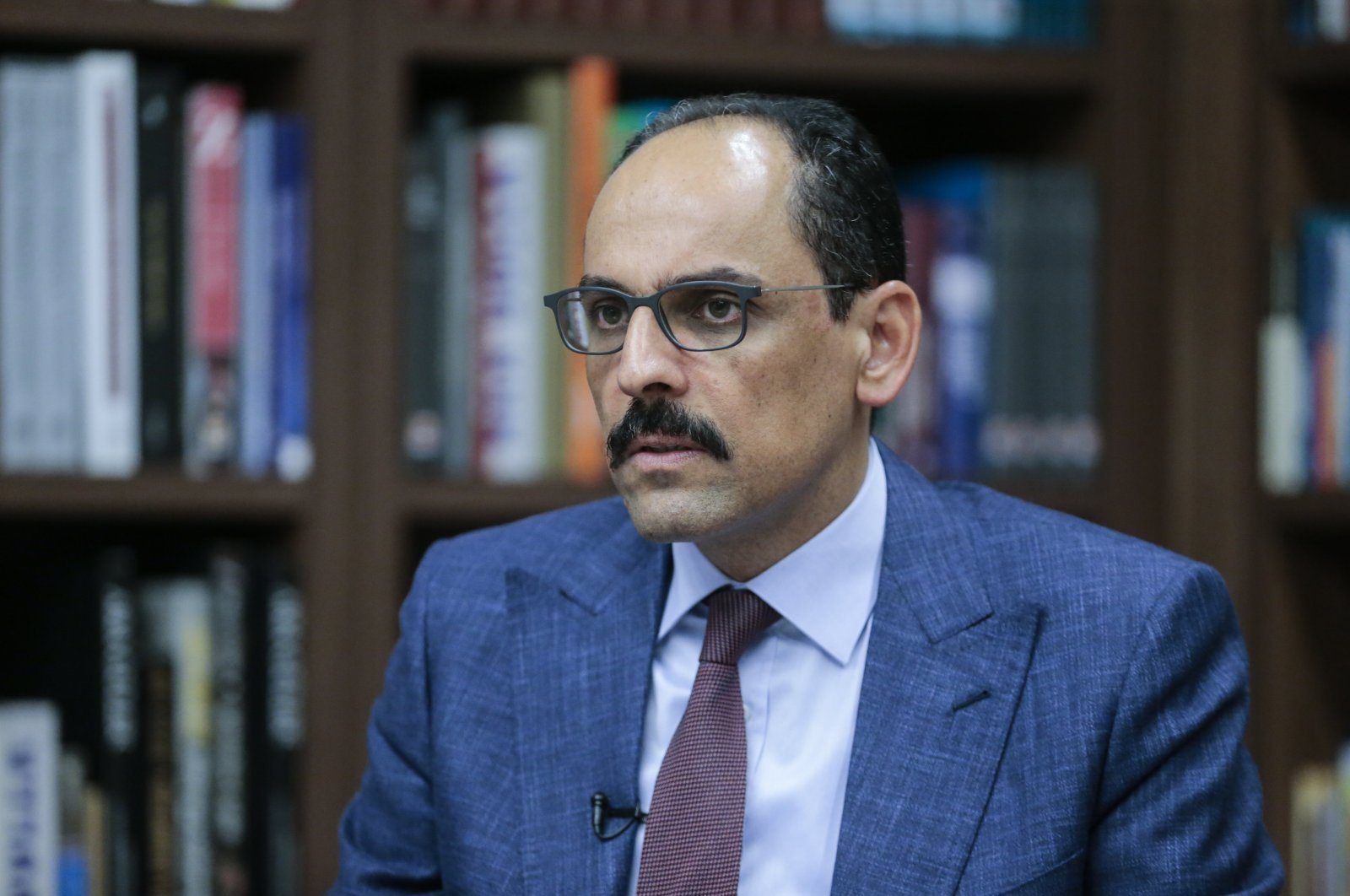 Ankara and Washington can rebuild their relations under the incoming Joe Biden administration, Turkey's presidential spokesperson Ibrahim Kalın says, stressing that several issues straining bilateral relations have yet to be addressed

"Biden, while he served as [Barack] Obama's vice president, visited Turkey four times and knows the region. Our contacts with the transition team so far have been very positive," Kalın told Turkish broadcaster, CNN Turk.

"They say they want to develop good relations with Turkey and turn a new page."

Back in December, President Recep Tayyip Erdoğan provided the first signal that Washington and Ankara would usher in a period of enhanced bilateral relations. He urged all European countries and the U.S. to start the year (2021) with a clean slate, during the ruling Justice and Development Party (AK Party) parliamentary group meeting. He noted that he expects Biden to be welcoming toward Turkey.

He underlined that there were three main outstanding issues between Ankara and Washington, namely the U.S.' support for the YPG, the PKK terrorist organization's Syrian wing, dating back to the Obama administration; its complacency against the Gülenist Terror Group (FETÖ), and the F-35 embargo against Turkey.

Kalın said if steps are taken to solve the disputes, the two countries could turn a new page.

Ties between NATO allies Turkey and the United States were badly strained in 2019 over Ankara's acquisition of the advanced S-400 Russian air defense system, prompting Washington to remove Turkey from its F-35 Lightning II jet program.

The U.S. argued that the system is incompatible with NATO systems and could be used by Russia to covertly obtain classified details on the Lockheed Martin F-35 jets.

Still, the U.S. imposed sanctions on Turkey's Presidency of Defense Industries (SSB) and its chief Ismail Demir in December 2020. The sanctions were imposed to penalize Turkey for its purchase of the Russian S-400 missile defense system.

The sanctions through the Countering America's Adversaries Through Sanctions Act (CAATSA) – designed to deter any country from agreeing to military deals with Russia – also restrict U.S. loans and credits to the Presidency of Defense Industries, although that is not seen as having a significant impact. The decision was condemned by Turkish politicians and institutions.

On the other hand, although the U.S. recognizes the PKK as a terrorist organization, it denies the group's connection with the YPG, despite the ideological and organizational links between the groups.

American support for the terrorist organization has long vexed Ankara as Washington views the YPG as a "reliable partner" in its fight against Daesh and continues to provide it with arms and equipment, despite strong objections from Turkey.

Kalın stressed that Turkey hoped for positive developments in its relations with Greece as well as the bloc, adding that President Erdoğan had an amicable phone conversation with the head of the European Commission and that two EU presidents would visit Turkey at the end of the month, while Foreign Minister Mevlüt Çavuşoğlu would soon go to Brussels.

As Turkey aims for better relations with the U.S. and the EU, deputy foreign minister Faruk Kaymakcı had told Daily Sabah late December that the Biden administration could help restore trans-Atlantic relations due to Washington having strongly advocated for Turkey's EU membership and having supported transatlantic ties in the past.

"There is a favorable ground there to create a positive atmosphere. I can say that work on this will give good results soon," he stressed.

Turkey and Greece have been at odds due to several issues. Turkey, which has the longest continental coastline in the Eastern Mediterranean, has rejected maritime boundary claims made by Greece and the Greek Cypriot administration. It has stressed that these excessive claims violate the sovereign rights of both Turkey and the Turkish Republic of Northern Cyprus (TRNC).

Instead of opting to solve problems with Turkey through dialogue, Greece has, on several occasions, refused to sit at the negotiating table and opted to rally the European Union to take a tougher stance against Ankara.

One of the most significant elements of Turkey-EU relations has been the issue of migration. In March 2016, the EU and Turkey reached an agreement to stop irregular migration through the Aegean Sea and improve the conditions of millions of Syrian refugees in Turkey.

The deal has been successful in stemming refugee flows, but the EU's bureaucratic hurdles in transferring promised funds for refugees have led to sharp criticism from the Turkish side.

Turkey also criticized its European partners for not fully implementing the 2016 agreement and backing away from their political commitments, including visa liberalization for Turkish citizens traveling to Europe, opening new chapters in the accession process and negotiations on upgrading the EU-Turkey customs union.

"Visa liberalization was an issue expected to be solved in 2013. Turkey was wronged. It brings to mind different things that even some countries from Latin America and the Middle East, that have nothing to do with the EU, were incorporated into the system, but Turkey was left out," Kalın pointed out.

Reminding that Turkey has fulfilled all necessities for the visa liberalization, Kalın said Turkey explained its situation and laws to the EU as a country that fought terrorist groups, including the PKK, Daesh and FETÖ.

Turkey is one of the countries with the longest history with the union, including the longest process of negotiations. The country signed an association agreement with the EU in 1964, which is usually regarded as a first step to eventually becoming a candidate. Applying for official candidacy in 1987, Turkey had to wait until 1999 to be granted the status of a candidate country. However, Turkey has recently been working on a new initiative to accelerate the EU accession process.