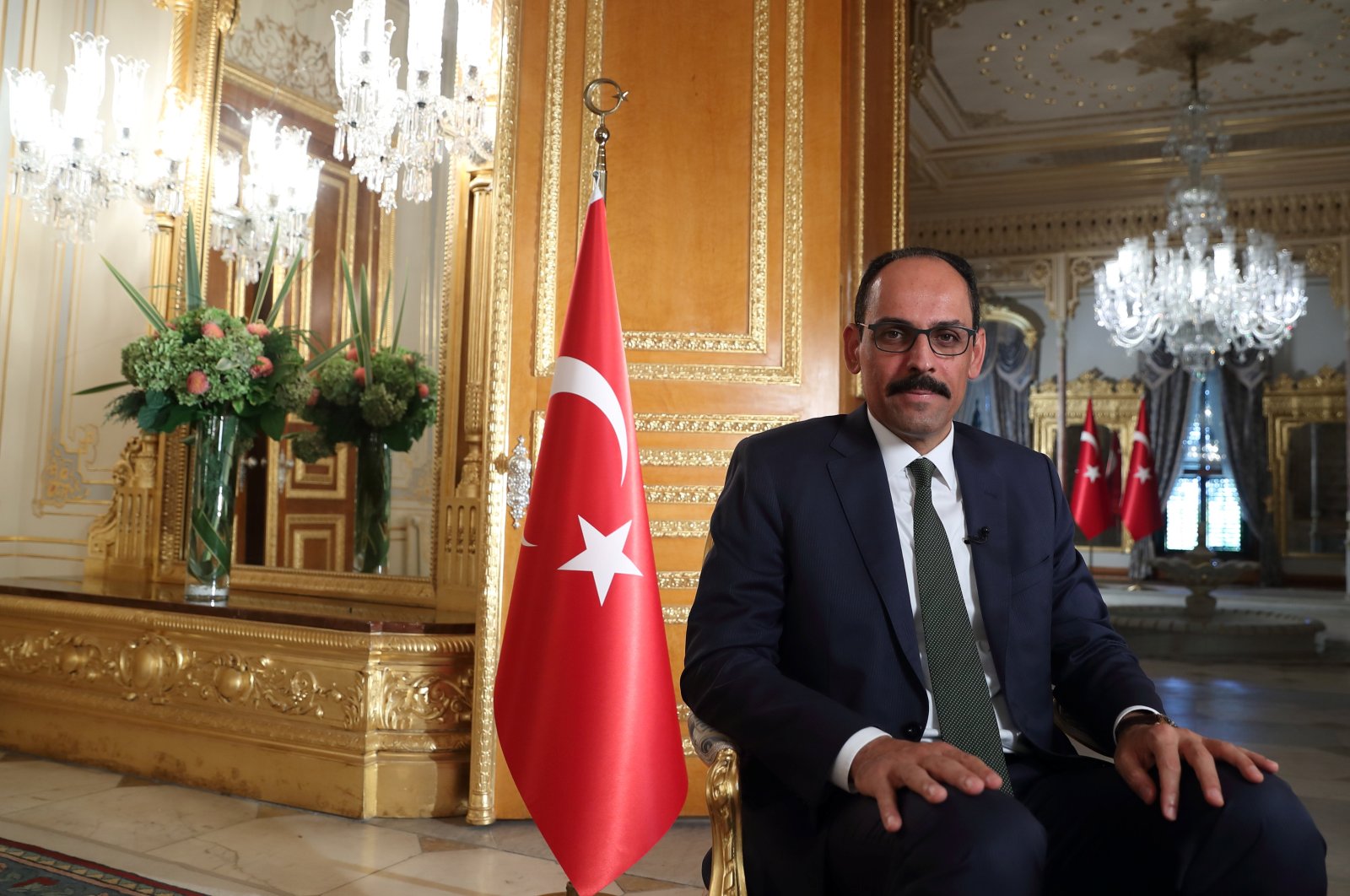 "The Biden administration has still not been formed, we will see what happens when it does," Kalın told a live broadcast on NTV, adding that the U.S. cannot just cast aside Turkey.

"PKK and FETÖ still pose a national security threat for us," Kalın said.

Regarding the purchase of Patriot missiles, Kalın said Turkey negotiated for six years, but the U.S. refused to sell them, thinking that Turkey was bluffing when Ankara said it would seek alternatives.

Ankara has repeatedly stressed it was the U.S.' refusal to sell it Patriots that led it to seek other sellers, adding that Russia had offered a better deal, including technology transfers. Turkey even proposed setting up a commission to clarify any technical issues. During a visit to Washington last November, President Recep Tayyip Erdoğan met with U.S. President Donald Trump and agreed with him on setting up a working group.

Issues, including Syria, the S-400 missiles, and the extradition of Fetullah Gülen, the mastermind of the July 15 coup attempt orchestrated by the FETÖ, have led to mounting tensions between the two partners.

Meanwhile, Kalın also said Turkey’s presence in the Nagorno-Karabakh region, Libya and Syria are beneficial for the European Union.

He noted that the EU knows very well that threats to impose sanctions on a country like Turkey and a leader like President Recep Tayyip Erdoğan, will not breed any results.

“We do not want to have any problems with Greece. (Seismic research vessel) Oruç Reis’s activities will continue until later this month in the (Eastern Mediterranean) area and may move on to other areas after its work is complete,” Kalın said.