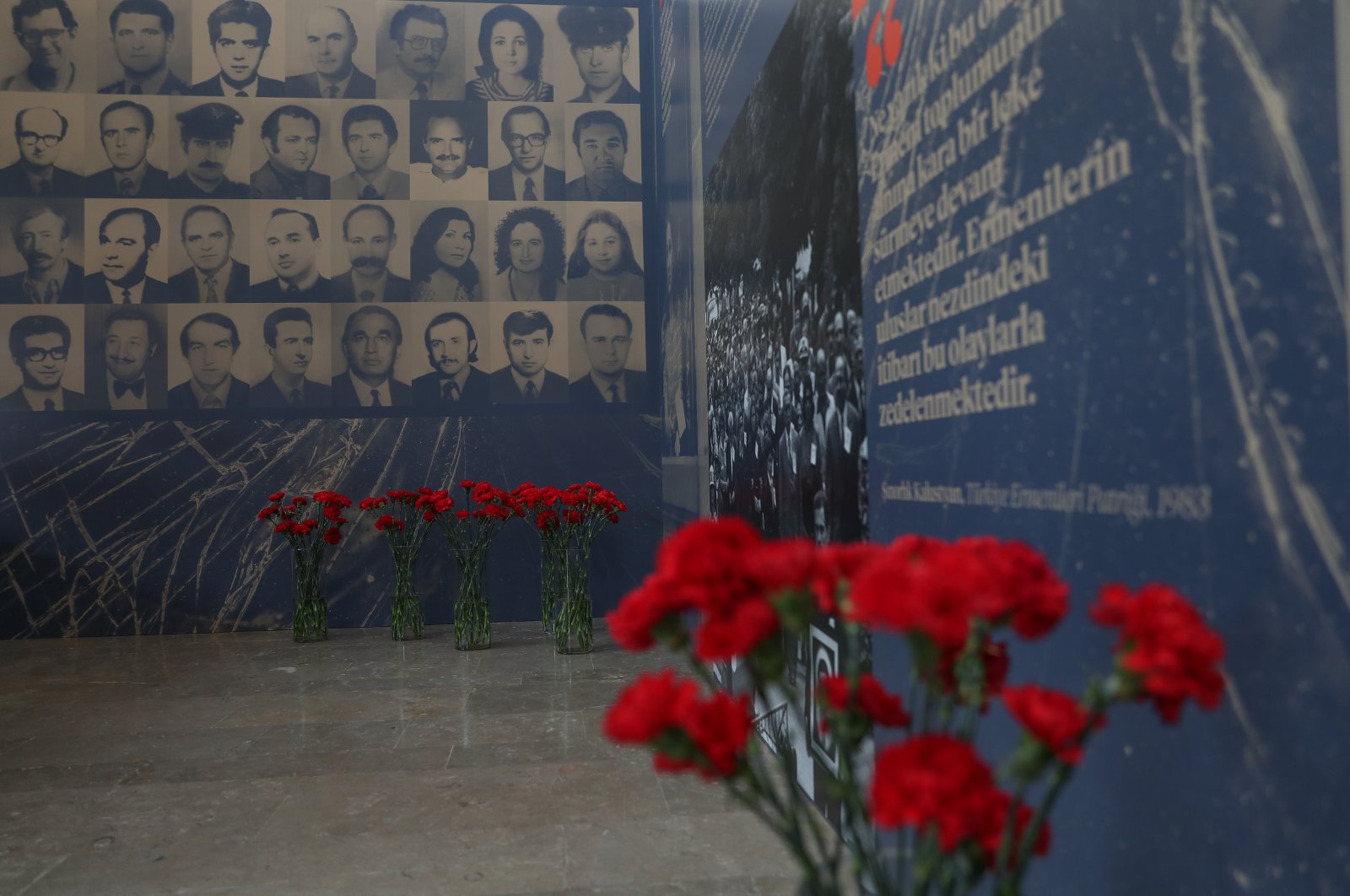 “This baseless slander is a deliberate provocation by the Armenian lobby and some countries with political motives, as seen on April 24 every year. We reject U.S. President Joe Biden's statement, which defines the events of 1915 as 'genocide' without any historical, scientific and legal basis and regard it as unfortunate and void,” he said at an exhibition at Istanbul’s historical Sirkeci Station. The exhibition is devoted to the Turkish diplomats assassinated by Armenian terrorist organizations, the Armenian Secret Army for the Liberation of Armenia (ASALA) and the Justice Commandos of the Armenian Genocide (JCAG).

Altun said Biden’s move was the result of the Armenian lobby’s effect on U.S. politics, adding that his statement carries no weight in terms of international law. He also noted that this politicization of history will have serious consequences in Turkish-U.S. relations.

“Turkey has a rich history, including different cultures living together in peace and tolerance. We are proud of this heritage. The populist discourses such as so-called genocide that lack historical reality also attack our culture of coexistence,” he said.

Organized by the Presidency's Directorate of Communications, the "Martyr Diplomats Exhibition" opened on April 24, 2021, in Los Angeles, where the first Turkish diplomats to be targetted by the Armenian terrorist organizations were stationed at the time. The exhibition at Istanbul Sirkeci Station being held simultaneously with the exhibition in Los Angeles will be on display until May 30.

Altun explained that all Ottoman populations, including the Turks and Armenians, struggled and suffered during World War I.

"However, we must commemorate these sufferings in a fair-minded way and show an effort to highlight our culture of living together. On this occasion, we reiterate once again the use of our common history as an opportunity for peace and friendship, not for hostility,” he said.

He also recalled President Recep Tayyip Erdoğan’s letter to Armenian Orthodox Patriarch Sahak Maşalyan, in which he extended his condolences to the Armenian community of the Ottoman Empire who lost their lives during World War I.

In the letter to Patriarch Maşalyan, the president wrote: "I commemorate with respect the Ottoman Armenians who have lost their lives in the difficult conditions of World War I, and I extend my condolences to their grandchildren."

In a previous statement on the "Martyr Diplomats Exhibition," the Directorate of Communications said the attacks in the 1970s and 1980s carried out by the Armenian terrorist groups ASALA and JCAG killed 58 Turkish citizens, including 31 diplomats. A total of 77 people were killed in these attacks, and many were injured.

The statement added that the exhibitions in Los Angeles and Istanbul are dedicated to Turkish diplomats who continued their duties despite the threats and attacks by Armenian terrorist groups between 1973 and 1984 and lost their lives for this purpose.