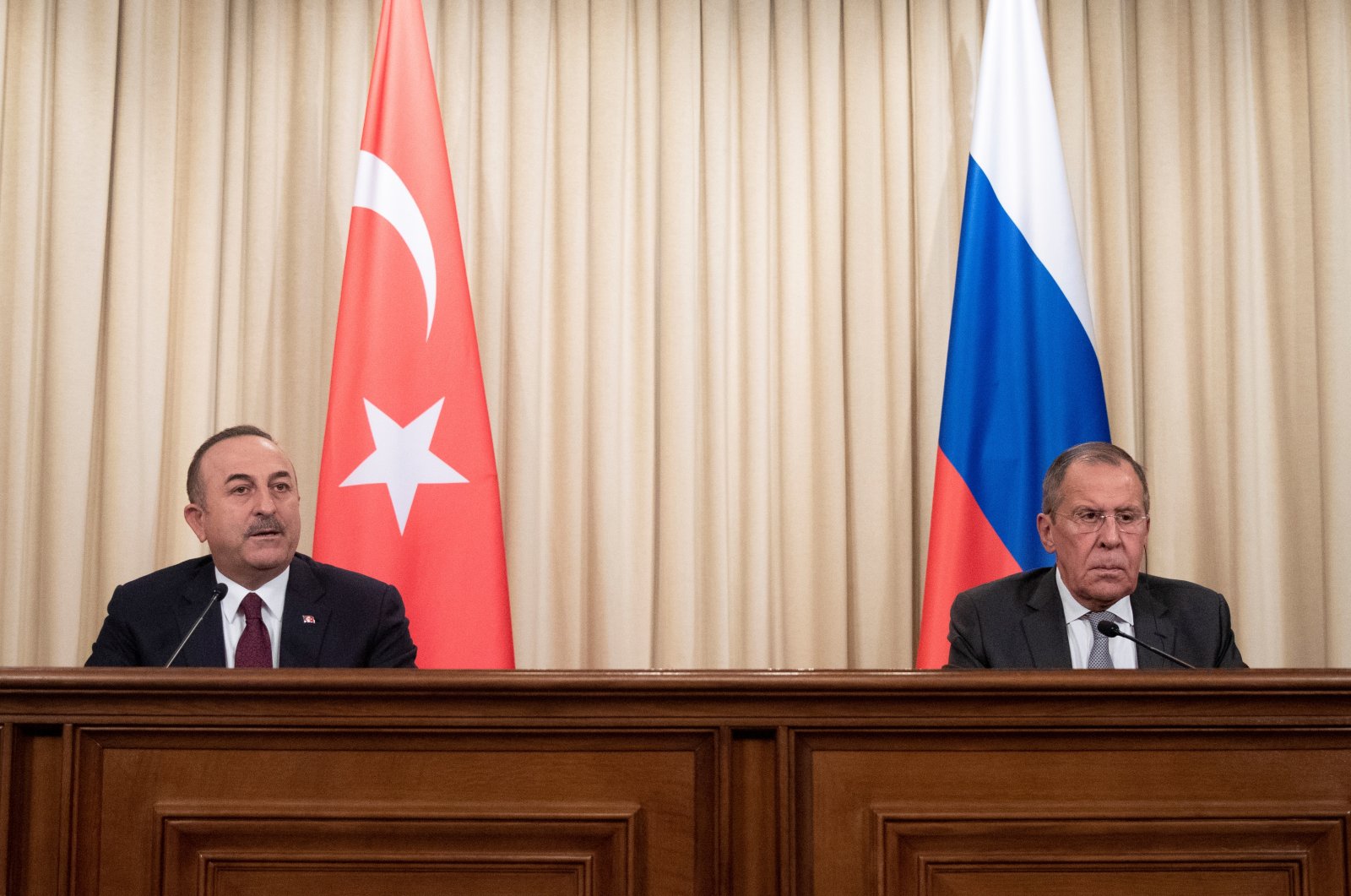 Foreign Minister Mevlüt Çavuşoğlu and his Russian counterpart Sergey Lavrov discussed the recent tensions in the Caucasus in a phone call Thursday.

According to Anadolu Agency (AA), the top diplomats discussed in detail the clashes between the Azerbaijani military and Armenian separatists in the Nagorno-Karabakh region.

Russia on Thursday confirmed the phone call and announced they were ready for "close coordination" to stabilize the situation in Nagorny Karabakh.

The Russian ministry said both confirmed "readiness for close coordination of the actions of Russia and Turkey to stabilize the situation with the aim of returning the settlement of the Nagorno-Karabakh conflict to the channel for peace talks."

The area, which is recognized as Azerbaijani territory by the United Nations and virtually every government in the world except Armenia, has been under illegal occupation for decades.

Meanwhile, fighting and heavy shelling between Armenian and Azerbaijani forces persisted earlier on the same day despite fresh calls from world leaders for an end to days of fighting over the region.

The rival Caucasus nations have been locked in a bitter stalemate over the region since the collapse of the Soviet Union. The fiercest clashes between Armenian and Azerbaijani forces in years over the occupied region ignited Sunday, and confirmed deaths neared 130 as fighting spilled over into the fifth day.

Azerbaijan's defense ministry said Thursday its forces had carried out "crushing artillery strikes against Armenian forces' positions in the occupied territories" throughout the night.

Azerbaijan says it has eliminated at least 2,300 Armenian soldiers since Sunday when border clashes broke out with Armenian forces targeting Azerbaijani civilian settlements and military positions.