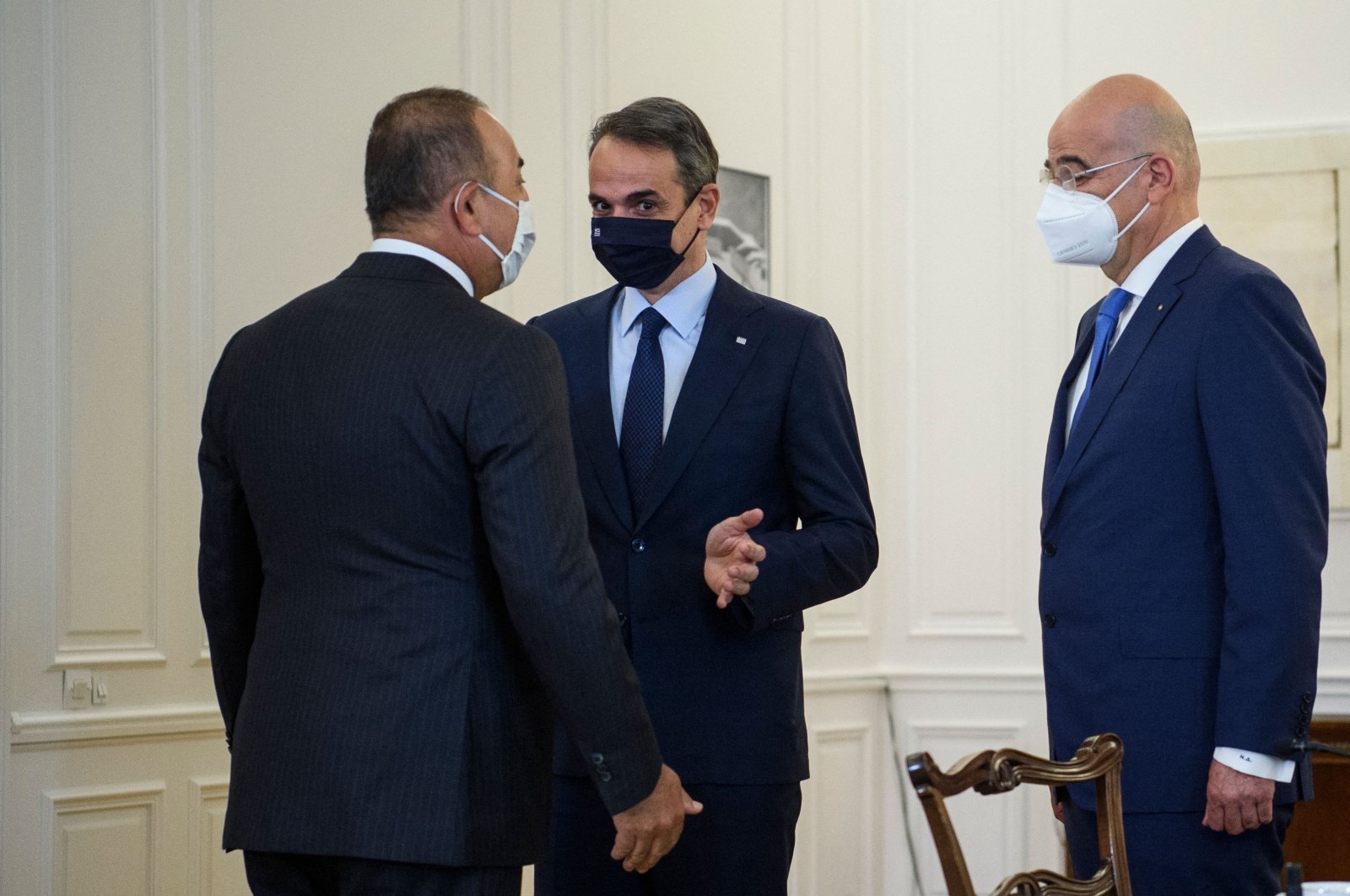 Greek state agency ANA-MPA said that the meeting between Çavuşoğlu and his Greek counterpart Nikos Dendias was held in a sincere atmosphere and that many problematic issues were discussed.

The agency noted that Çavuşoğlu also met with Greek Prime Minister Kyriakos Mitsotakis before meeting with Dendias, and both parties exchanged their views during the meetings.

The Kathimerini newspaper said that the first steps were taken during Çavuşoğlu's visit to Athens to reduce tensions in the Aegean Sea and the Eastern Mediterranean after 18 months.

It added that the talks will be an important foundation for the possible meeting between Mitsotakis and President Recep Tayyip Erdoğan in Brussels on 14 June.

Çavuşoğlu on Sunday departed for a two-day visit to neighboring Greece intent on setting a positive agenda amid tensions over disagreements on the Eastern Mediterranean, the Cyprus issue and the rights of the Turkish minority in Western Thrace.

Çavuşoğlu also underlined that the NATO allies agreed to 25 items in areas of cooperation to improve bilateral ties and have begun to work on joint action and cooperation on tangible projects.