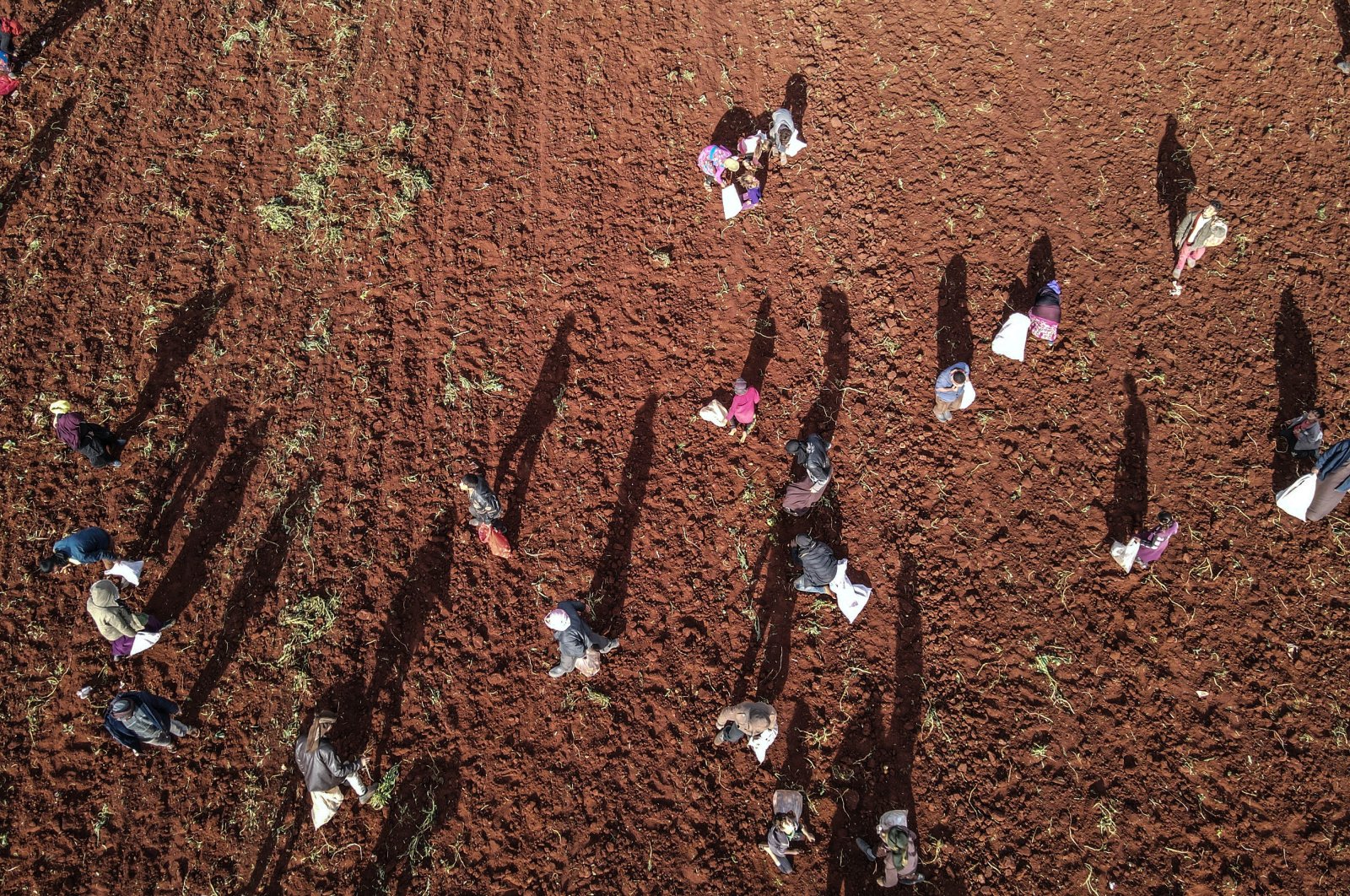 Hundreds of civilians, mostly women and children, in the Idlib province of northwestern Syria are trying to make a living by collecting the potatoes leftover in harvested fields.

Those who fled have been unable to find jobs and cannot keep up with the high cost of living. Out of desperation, they get by with the potatoes they collect from harvested fields both as food and as a means of income.

In Syria, where the civil war has been going on for more than 10 years, the civilians who escaped from the attacks of the Bashar Assad regime and took shelter in camps are struggling to survive.

While trying to collect food from the fields on the front line of the Assad regime and Iran-backed terrorist groups and military opponents, civilians are also exposed to attacks by the regime forces from time to time.

"We do not have the financial means to buy 1 kilogram (2.2 pounds) of potatoes for our children. Living conditions, vegetables, fuel and bread are very expensive. We earn between TL 15 and TL 20 ($1-$1.50) per day," he said.

Mohammed Zafer, another civilian scouring the fields, said: "All of the civilians here live in tents. Nobody has money to buy bread."

The Idlib region is home to nearly 3 million people, two-thirds of them displaced from other parts of the country. Nearly 75% of the total population in the opposition-held Idlib region depends on humanitarian aid to meet their basic needs, as 1.6 million people continue to live in camps or informal settlements, according to the United Nations Office for the Coordination of Humanitarian Affairs (OCHA).

For years, the Assad regime has ignored the needs and safety of the Syrian people, only eyeing further gains of territory and crushing the opposition. With this aim, the regime has for years bombed civilian facilities such as schools, hospitals and residential areas, causing the displacement of almost half of the country's population. The situation for the people in Idlib worsened when the Assad regime, backed by Russia, launched an offensive on the province, causing the largest one-time displacement of people in the history of the Syrian civil war and a huge humanitarian tragedy, according to the U.N.