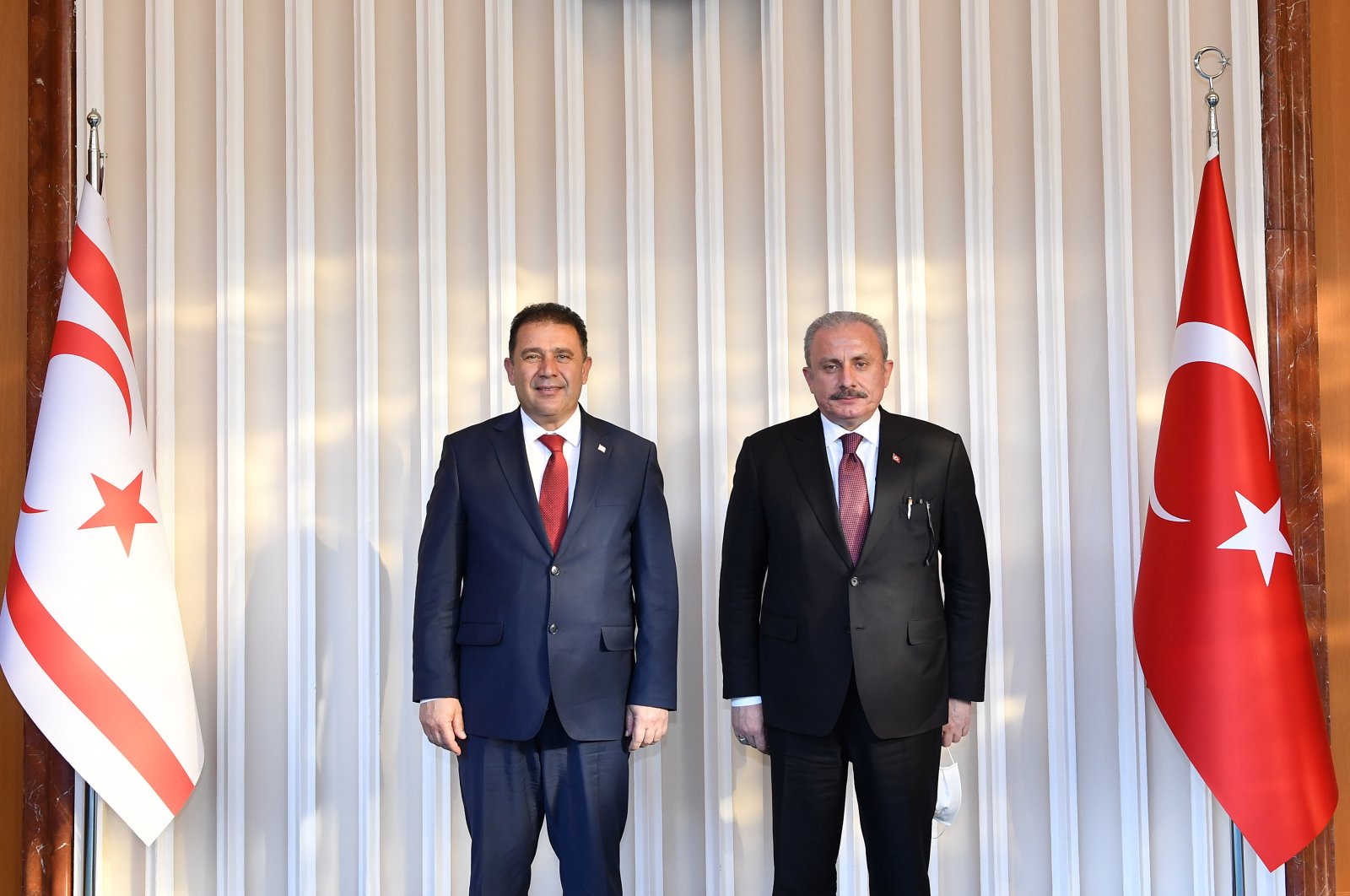 Turkey's Parliament Speaker Mustafa Şentop said Wednesday that a lasting solution to the Cyprus issue is only possible with two states, considering the fact that there are two different societies on the island.

"It is clear that the federation model, which has been negotiated for more than 50 years, has not been able to resolve the Cyprus issue due to the Greek Cypriot side's mentality of 'I am the sole owner of the island,'" Şentop said at a meeting with Turkish Republic of Northern Cyprus (TRNC) Prime Minister Ersan Saner in Parliament in the capital Ankara.

"There are two different people, two different democratic orders and two separate states on the island. The solution is only possible with an approach based on these facts," Şentop added.

"Turkey will continue walking with the Turkish Cypriot people in the same way," he added.

Last week, the United Nations announced that Secretary-General Antonio Guterres was inviting the leaders to an informal meeting in Geneva, Switzerland on April 27-29 “to determine whether a common ground exists for the parties to negotiate a lasting solution to the Cyprus problem within a foreseeable horizon.”

The invitees also include the foreign ministers of the three “guarantors” of Cyprus’ independence – Greece, Turkey and Britain.

Last month, President Recep Tayyip Erdoğan ruled out discussing a federal system to reunify Cyprus, insisting that a two-state accord is the only way forward. TRNC President Ersin Tatar has strongly echoed Erdoğan.

Greek Cypriots strongly reject any deal that would legitimize the island’s ethnic partition. The Greek Cypriot administration instead is proposing a “decentralized federation” under which the Greek and Turkish speaking zones would be granted more authority to run their own affairs.