Erdoğan to Mitsotakis: If you want dialogue, stop targeting Turkey 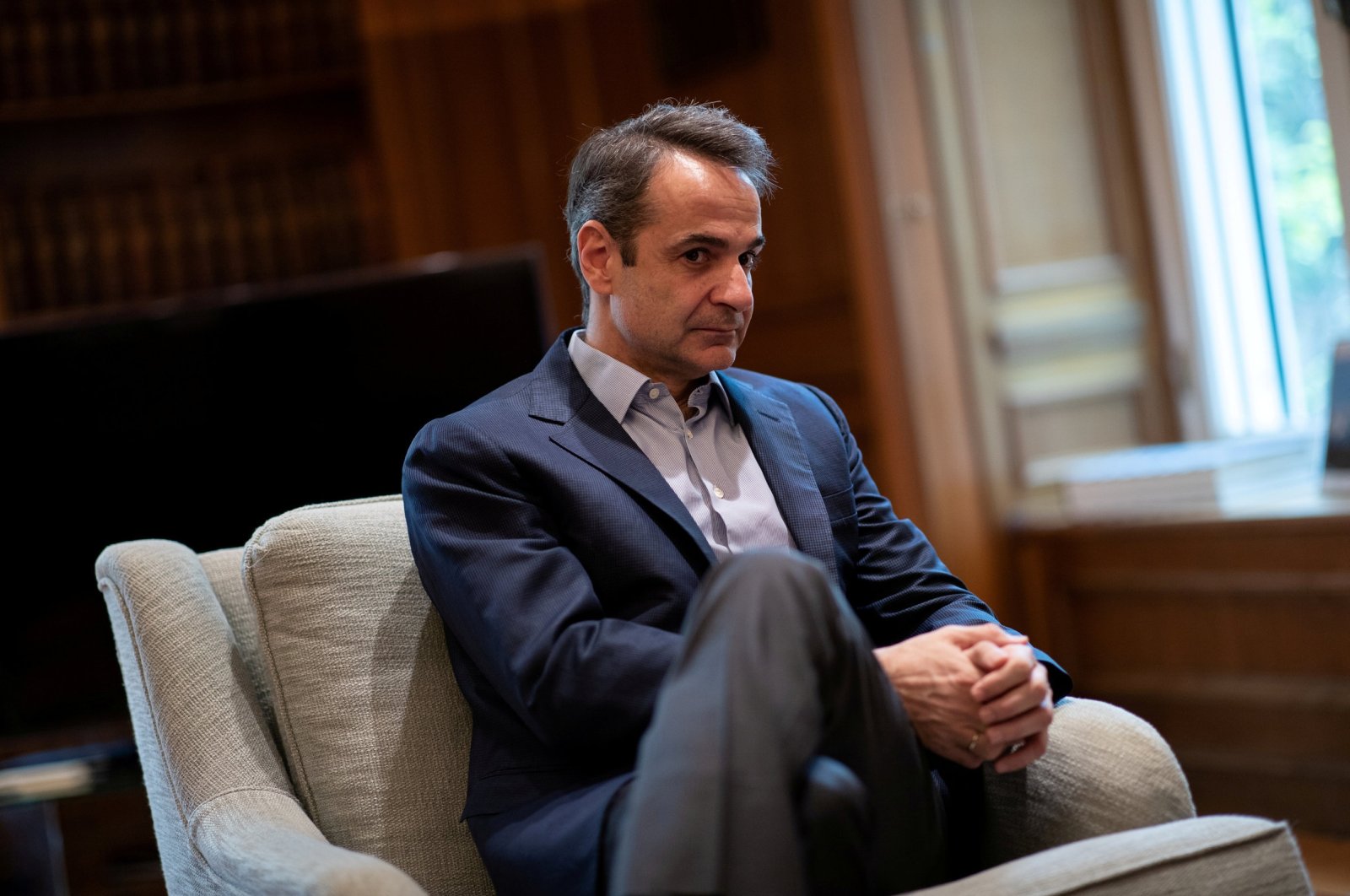 Greek Prime Minister Kyriakos Mitsotakis looks on before his meeting with Managing Director of the European Stability Mechanism Klaus Regling in his office in the Maximos Mansion in Athens, Greece, March 7, 2020. (REUTERS)
by DAILY SABAH Feb 10, 2021 1:15 pm
RECOMMENDED

"Even though we agreed to continue explanatory talks with Greece in March, (Greek PM) Mitsotakis targeted us once again. Now, how can we continue our talks?" the president asked during the ruling Justice and Development Party's (AK Party) parliamentary group meeting.

Erdoğan's statements came following Mitsotakis' remarks on Monday, stating that the "only viable solution" to the Cyprus issue "is a bizonal, bicommunal federation with political equality."

Erdoğan dismissed Mitsotakis' proposal on the issue and underlined that "The Greek side has not made the slightest change in its stance disregarding the existence of Turkish Cypriots on the island. Two-state solution is the sole option for Cyprus, federal system is no longer an option on agenda."

"I know that you put your trust in some places," the president continued, referring to the EU. "But those whom you trust have already failed you. Turkey, on the other hand, will not lean on anyone. It will stand up for itself," he emphasized.

The two NATO allies have been at odds over a number of decades-old issues including the extent of their continental shelves, overflights in the Aegean Sea and the ethnically split island of Cyprus. Turkey, which has the longest continental coastline in the Eastern Mediterranean, has rejected maritime boundary claims made by EU members Greece and the Greek Cypriot administration, stressing that these excessive claims violate the sovereign rights of both Turkey and the Turkish Republic of Northern Cyprus (TRNC).

TRNC was founded in 1983. Currently, the TRNC has a population of almost 400,000 people. Even though it is not recognized by any country other than Turkey, it is a model state in terms of its democracy and freedom. A 2016 Freedom House report called the nation "free" when it comes to political rights and civil liberties. Turkey, as a guarantor state of the TRNC, is currently carrying out hydrocarbon exploration activities in the region. Ankara has consistently contested the Greek Cypriot administration's unilateral drilling activities in the Eastern Mediterranean, asserting that the TRNC also has rights to the region's resources.

U.N. Secretary-General Antonio Guterres is expected to call a meeting next month that will bring together rival Greek and Turkish Cypriots as well as Cyprus’ guarantors – Greece, Turkey and Britain – to gauge the chances of resuming talks.