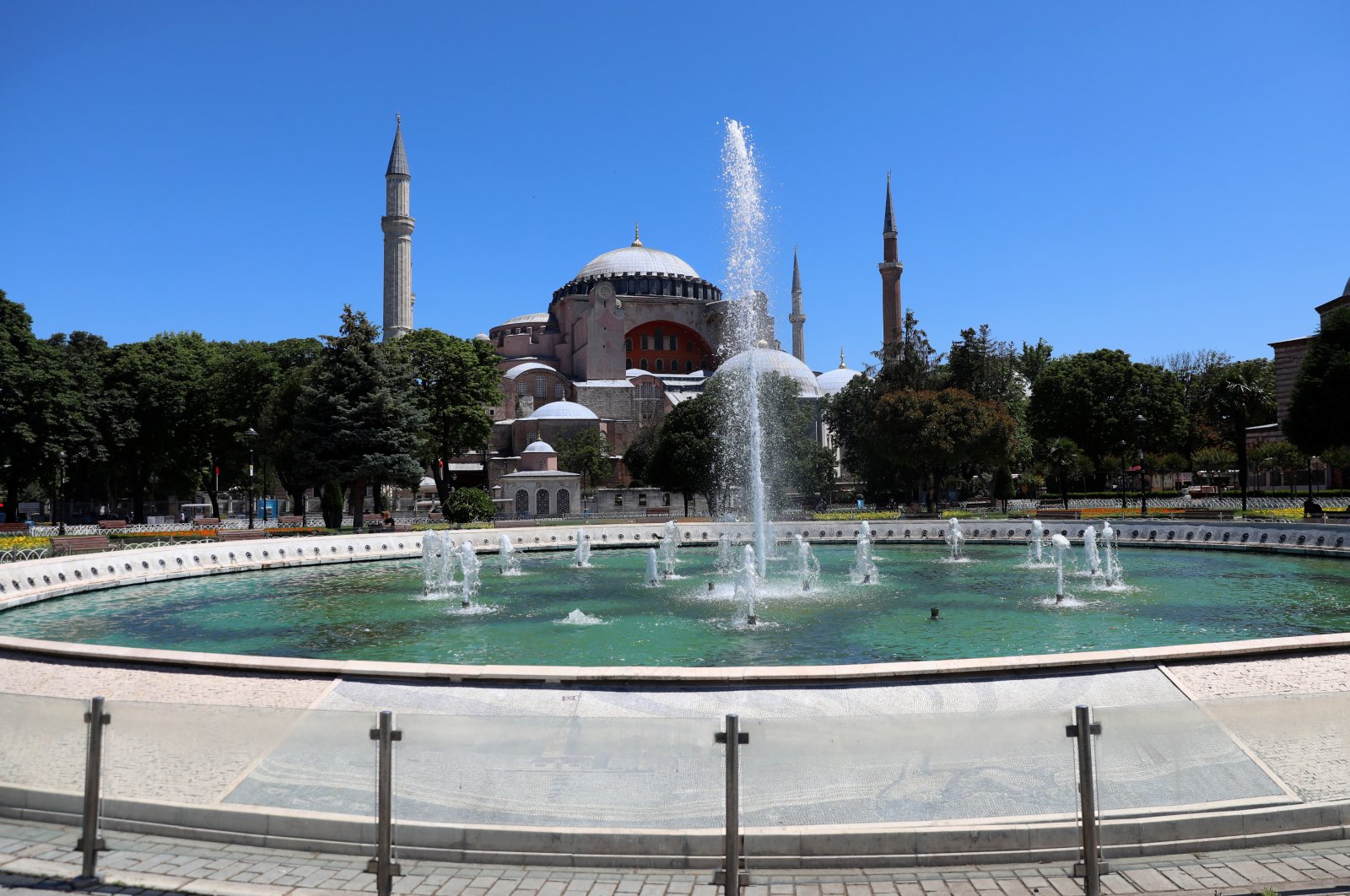 ‘’Of course everybody is free to express their views, but expressions such as ‘we urge’ are crossing the line,’’ he said.

‘’Any and every decision regarding the Hagia Sophia is a matter of national sovereignty,’’ he added.

Aksoy also said that Turkey has gone through a ‘’silent revolution’’ regarding the freedom of religion.

"We urge the Government of Turkey to continue to maintain the Hagia Sophia as a museum, as an exemplar of its commitment to respect the faith traditions and diverse history that contributed to the Republic of Turkey, and to ensure it remains accessible to all," Pompeo previously said in a statement.

The issue of Hagia Sophia’s status is not an international matter but is a matter of national sovereignty for Turkey, Foreign Minister Mevlüt Çavuşoğlu also said last month.

Çavuşoğlu said that Turkey will make the final decision on the status of Hagia Sophia, whether it will be reverted into a mosque or remain as a museum.

The popular site was previously converted into a mosque after the Conquest of Istanbul in 1453.

Hagia Sophia, one of the world’s most significant historical and cultural heritage sites, was built in the sixth century at the time of the Christian Byzantine Empire and served as the seat of the Greek Orthodox Church. It was converted into an imperial mosque following the Ottoman conquest of Istanbul in 1453. The structure was converted into a museum in 1935 during Turkey's period of strictly secular single-party rule. However, in the time since, there has been a lot of discussion over reverting it into a mosque, with public demand to restore it as a place of worship gaining traction on social media.