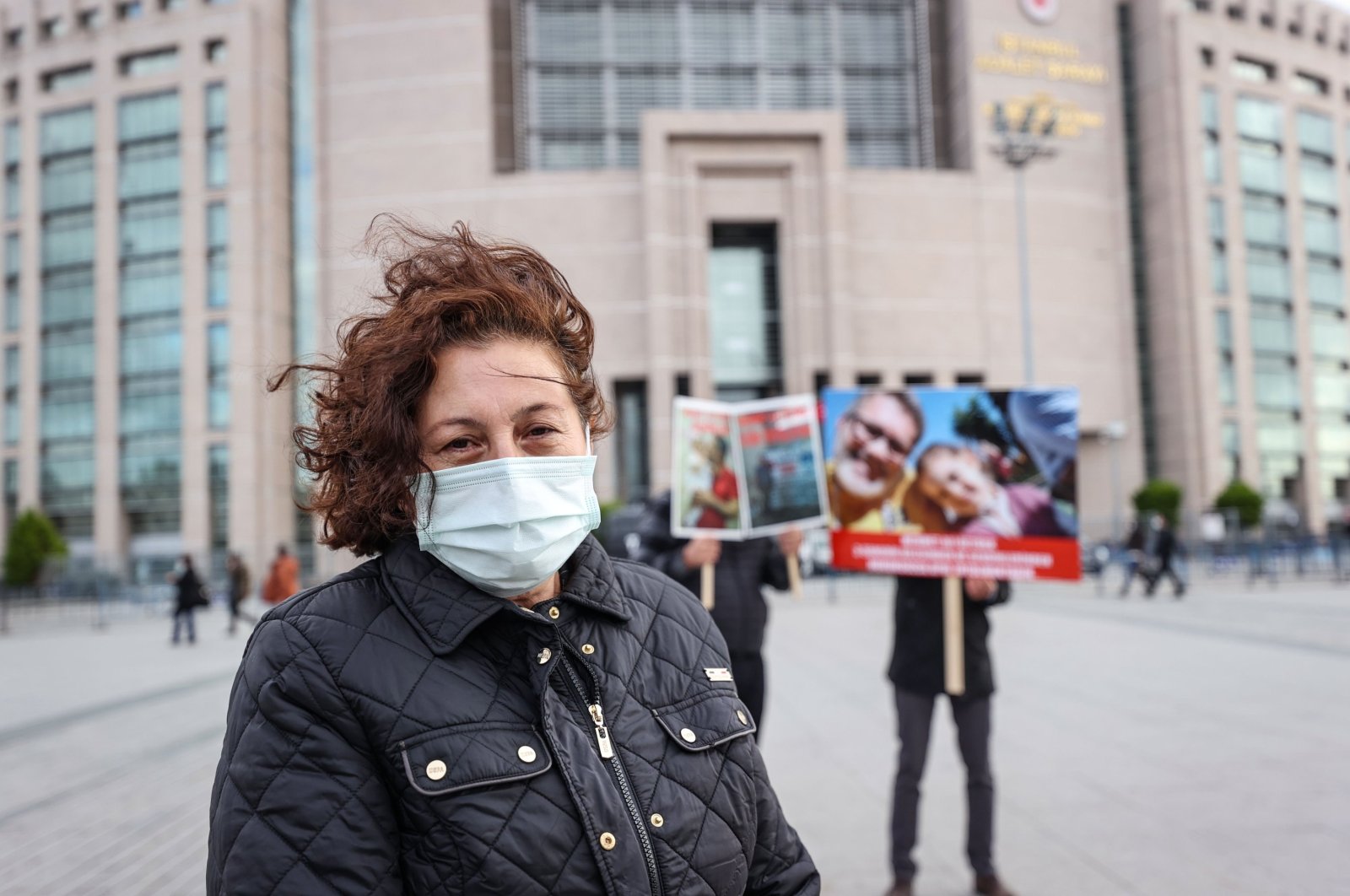 Emine Öztürk protests the imprisonment of his husband Mehmet Ali Öztürk in the UAE in front of a courthouse in Istanbul, Turkey, Dec. 11, 2020. (AA Photo)
by Anadolu Agency Jun 10, 2021 10:40 am
RECOMMENDED

The family of a Turkish businessperson, who was detained in Dubai in 2018 for allegedly supporting terrorism, filed a new criminal complaint Wednesday against the United Arab Emirates (UAE) and the United States Consulate General in Istanbul for "crimes against humanity."

The family and lawyers of businessperson Mehmet Ali Öztürk arrived at the Istanbul Justice Palace in northwestern Turkey to file the complaint with the Istanbul Prosecutor General's Office for new criminal charges.

After that, Öztürk's wife Emine and son Abdullah, along with their attorneys Mete Gencer and Gülden Sönmez, issued a press statement in front of the Istanbul courthouse.

According to the lawyers, Öztürk and his wife were held in February 2018 at the Gulfood Fair in Dubai. Emine was sent to Turkey the next day, but there was no word on Öztürk's whereabouts for 3 1/2 months.

They later learned that he was tortured and sentenced to life in prison for allegedly supporting terrorism. Öztürk has been imprisoned at al-Whatba Prison for three years in poor conditions. Öztürk's lawyers have also applied to the United Nations for help.

Lawyers claimed that some U.S. officials were complicit in the crime during the interrogation of their client, adding that the U.S. Consulate General in Istanbul collected intelligence on Öztürk and passed it to the UAE.

In an additional complaint, the lawyers said they have asked the prosecutor's office to take action against officials of the U.S. Consulate General in Turkish metropolis Istanbul.

The lawyers stated that Öztürk was subjected to crimes against humanity.

The lawyers submitted the evidence and information about these claims to the Attorney General's Office, emphasizing that Öztürk's condition has been worsening every day.

Gencer and Sönmez filed a criminal complaint with the Istanbul Prosecutor General's Office on Dec. 11, 2020.

The Istanbul Public Prosecutor's Office, after receiving the complaint, launched an investigation and asked the UAE to initiate proceedings against the officials involved in crimes against Öztürk and his family.