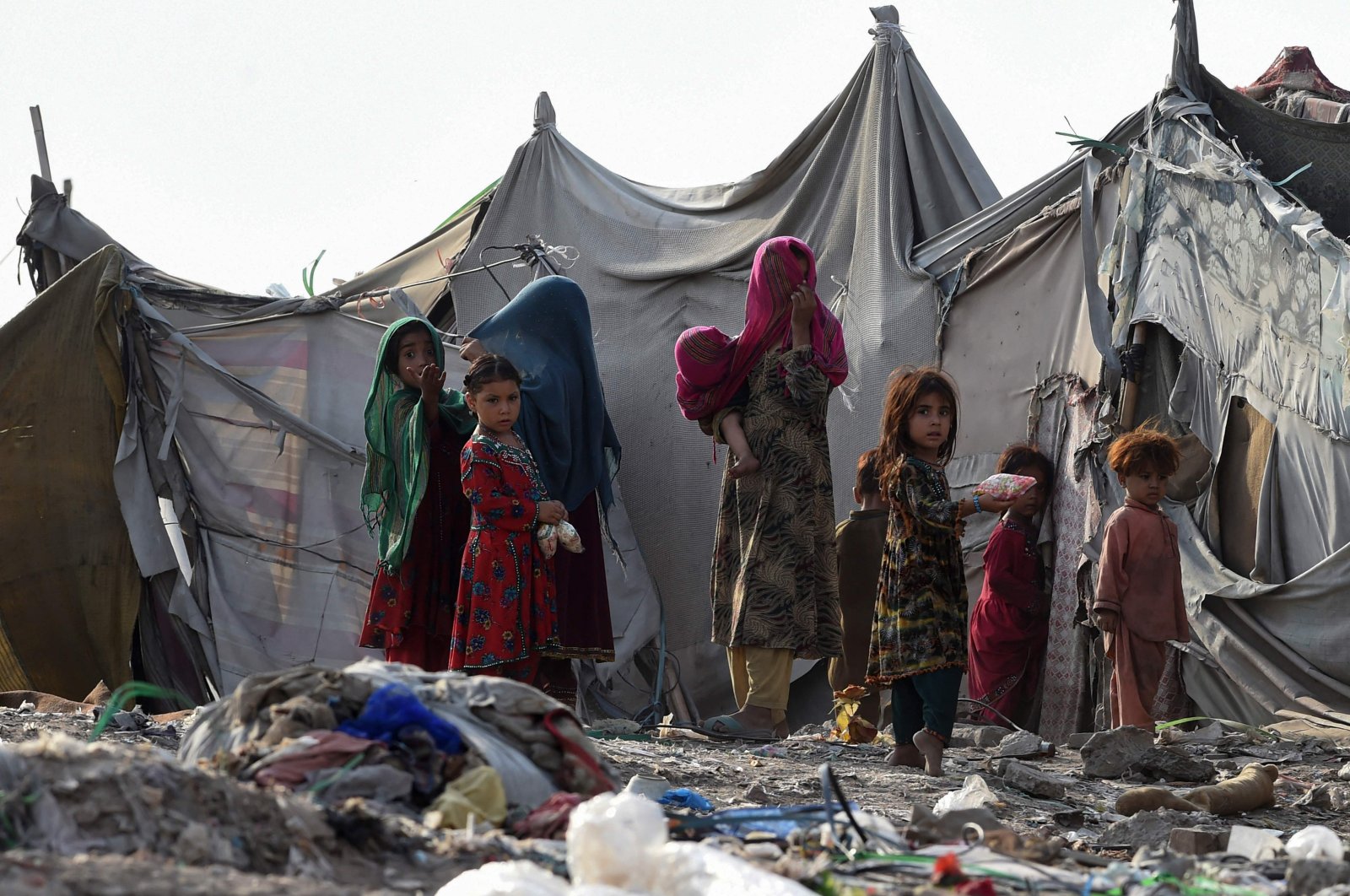 Children of Afghan refugees play outside tents in Afghan Basti area on the outskirts of Lahore on June 19, 2021 on the eve of World Refugee Day. (Photo by Arif ALI / AFP)
by DAILY SABAH Jun 20, 2021 4:15 pm
RECOMMENDED

President Recep Tayyip Erdoğan on Sunday marked World Refugee Day by criticizing developed countries that do not fairly share the responsibilities and burdens they bring and instead try to impose their international responsibilities on third countries.

In his message, Erdoğan noted that today there are over 82 million internally displaced people (IDP) and over 26 million refugees worldwide, adding that increasing numbers over the last 9 years show that the world is facing a global refugee crisis.

"Thinking that each number is a person is enough to understand the extent of the suffering and human tragedy that is going on," he said.

Underlining that the ongoing instability in Afghanistan and Turkey's neighbor Syria has driven millions of Syrians and Afghans from their homes, he said that the situation is not different in sub-Saharan Africa and Myanmar.

"Our country has always embraced the oppressed throughout its centuries-long history. It protected those who took refuge, regardless of religion, language, race and origin. Currently, our country is a safe haven for approximately 4 million refugees, 3.7 million of whom are Syrians. These sacrifices of Turkey have saved both the dignity of humanity and the lives of the victims and oppressed."

Erdoğan said that in 2021, the 70th anniversary of the Geneva Convention on the Status of Refugees, an environment of cooperation and solidarity on a global scale has still not been achieved.

Highlighting that the solution to the refugee crisis is not only to send humanitarian aid to these honorable people who are struggling to hold on to life, he said that efforts must be made to eliminate the reasons that force refugees and asylum-seekers to migrate, to end conflicts and instability and to return these people to their homes.

"I wish that June 20, World Refugee Day, will contribute to the solution of all these problems of asylum-seekers, whose suffering and distress have increased with the coronavirus epidemic. On this occasion, on behalf of my country and nation, I respectfully greet all refugees, especially our Palestinian brothers and sisters, who have been longing for their lands for decades" he concluded.