Diplomatic dialogue a must to avoid further tensions in US-Turkey row: envoy 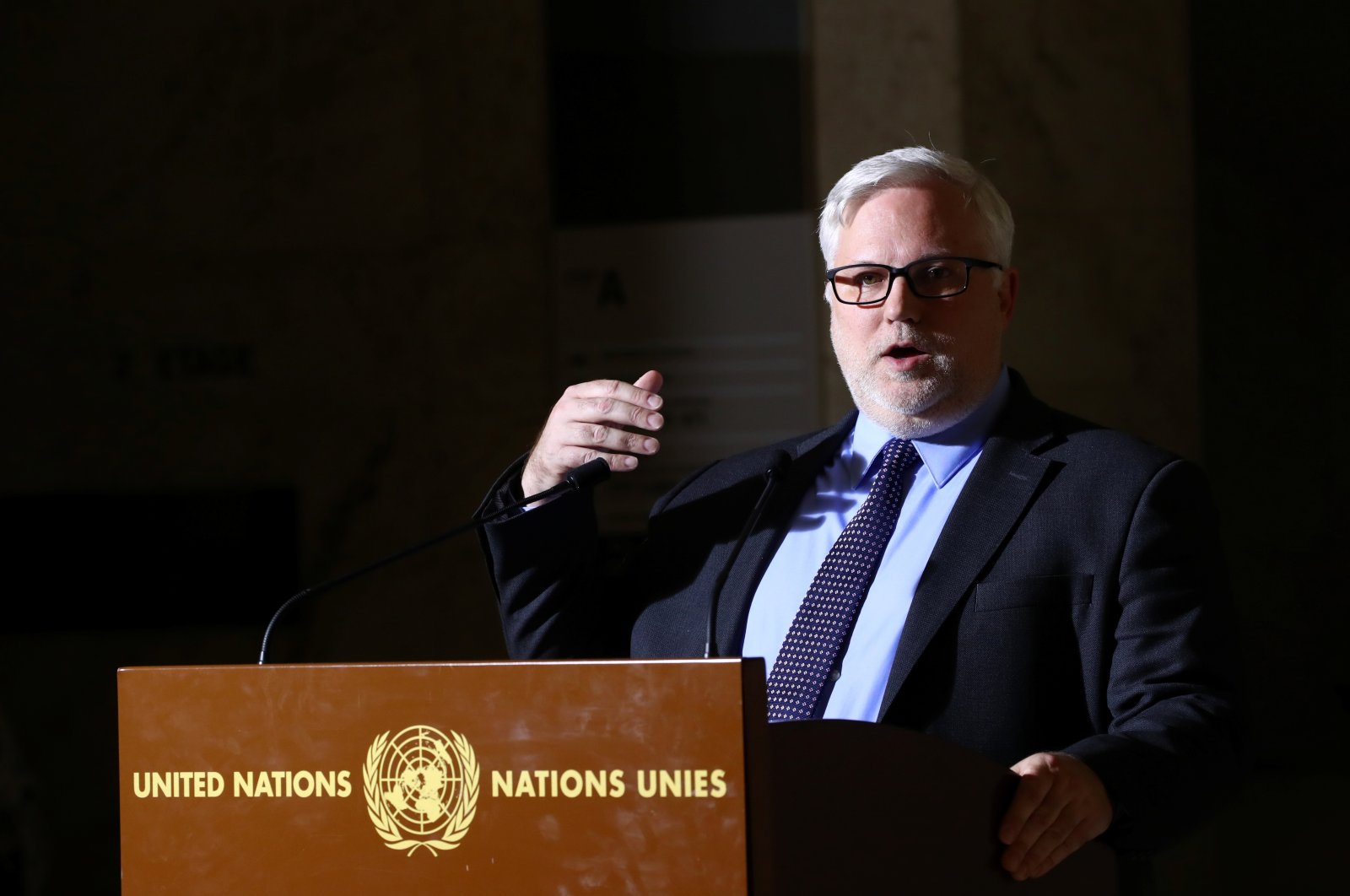 Speaking to Daily Sabah on the sidelines of a panel titled “The Future of Syria: Turkish and U.S. perspectives” by the Ankara-based Center for Middle Eastern Studies (ORSAM) on Monday, Rayburn elaborated on the U.S. position and current situation in Syria.

Diplomacy should be preferred in issues of disagreement especially on the Syrian crisis while tensions between NATO allies Turkey and the U.S. are not needed right now, the envoy said.

However, he suggested that a military operation by Turkey in northeast Syria could damage relations between Ankara and Washington as Turkey had hinted at a possible new counterterrorism operation.

“A military confrontation in northeast Syria, involving Turkey and U.S. local partners would be damaging to both sides – Turkey and the United States,” Rayburn underlined.

“We really have to use all our diplomatic energy to try to resolve these tensions before they spill over into conflict. It was debilitating and dangerous the times that those kinds of confrontations happened,” he added, pointing to Turkey’s Operation Peace Spring in 2019.

Previous Turkish operations have been preceded by lengthy buildups and large movements of Turkish forces at the border, which have yet to be observed this time.

“It took a huge effort to preserve the relationship between the United States and Turkey at that time,” Rayburn highlighted.

“We do not need that kind of tension between allies right now. I support anything that both the Turkish side and the U.S. side can do right now to use diplomatic tools to try to prevent that kind of conflict. I think that is absolutely essential.”

Speaking on the U.S. support for the YPG, Rayburn said: “The current administration, like the previous administration, is trying to achieve a balance between two imperatives: one is to preserve the alliance between the United States and Turkey, which is vital to both sides, and the other is to preserve the campaign against Daesh and other associated terrorists in Syria and Iraq, which is still in a very dangerous phase."

“The United States is not in a position to choose one over the other right now,” he added, referring to the PKK’s Syrian wing, the YPG.

Ankara has long objected to U.S. support for the YPG, a group that poses a threat to Turkey and terrorizes local people, destroying their homes and forcing them to flee. Within the scope of fighting Daesh, the U.S. has provided military training and given truckloads of military support to the YPG, despite its NATO ally's security concerns. Underlining that one cannot support one terrorist group to defeat another, Turkey conducted its own counterterrorism operations, through which it has managed to remove a significant number of terrorists from the region.

Rayburn stressed that it takes constant work to further relations and cooperation. Recalling the time during his duty as special envoy to Syria, Rayburn said he tried to “clarify our intentions to all of our allies and tried to make sure that any problems that arose between our allies we tried to use our influence to reduce these tensions.”

The decades-old partnership between the two NATO allies, Turkey and the U.S., has gone through unprecedented tumult in the past five years over disagreements on many issues, including Syria and Ankara’s closer ties with Moscow. There are additional sources of strain for the two countries, including the continued U.S. residency of Gülenist Terror Group (FETÖ) figures including its head Fethullah Gülen and Turkey’s purchase of Russian S-400 missile defense systems.

On the crisis in Syria’s last major opposition bastion, Idlib, Rayburn said that “Russian attacks, Russian bombings, Syrian regime bombing of what are essentially displaced populations in Idlib – in many times rises to the level of war crime.”

“It is destabilizing, absolutely unacceptable and needs to stop,” he added.

The envoy also stressed that these attacks are “a huge potential security problem for Turkey.”

“Many times what it appears is that the Russian military and the Assad regime try to terrorize the people of Idlib and elsewhere in northwest Syria to chase them into Turkey and to create an additional problem for Turkey.

“I think that is something we can’t stand by and let our NATO ally have to suffer,” Rayburn stated.

“It remains appropriate for the United States to use political, economic pressure and be supportive of Turkey as it protects those people of northwest Syria.”

For years, the Assad regime has ignored the needs and safety of the Syrian people, only eyeing further gains of territory and crushing the opposition. With this aim, the regime has repeatedly bombed civilian facilities such as schools, hospitals and residential areas, causing the displacement of almost half of the country's population.

A fragile truce was brokered between Moscow and Ankara in March 2020 in response to months of fighting by the Russia-backed regime. Almost a million people have fled the Bashar Assad regime’s offensive, yet the regime still frequently carries out attacks on civilians, hindering most from returning to their homes and forcing them to stay in makeshift camps.

Moreover, those returning often face torture at the hands of the regime.