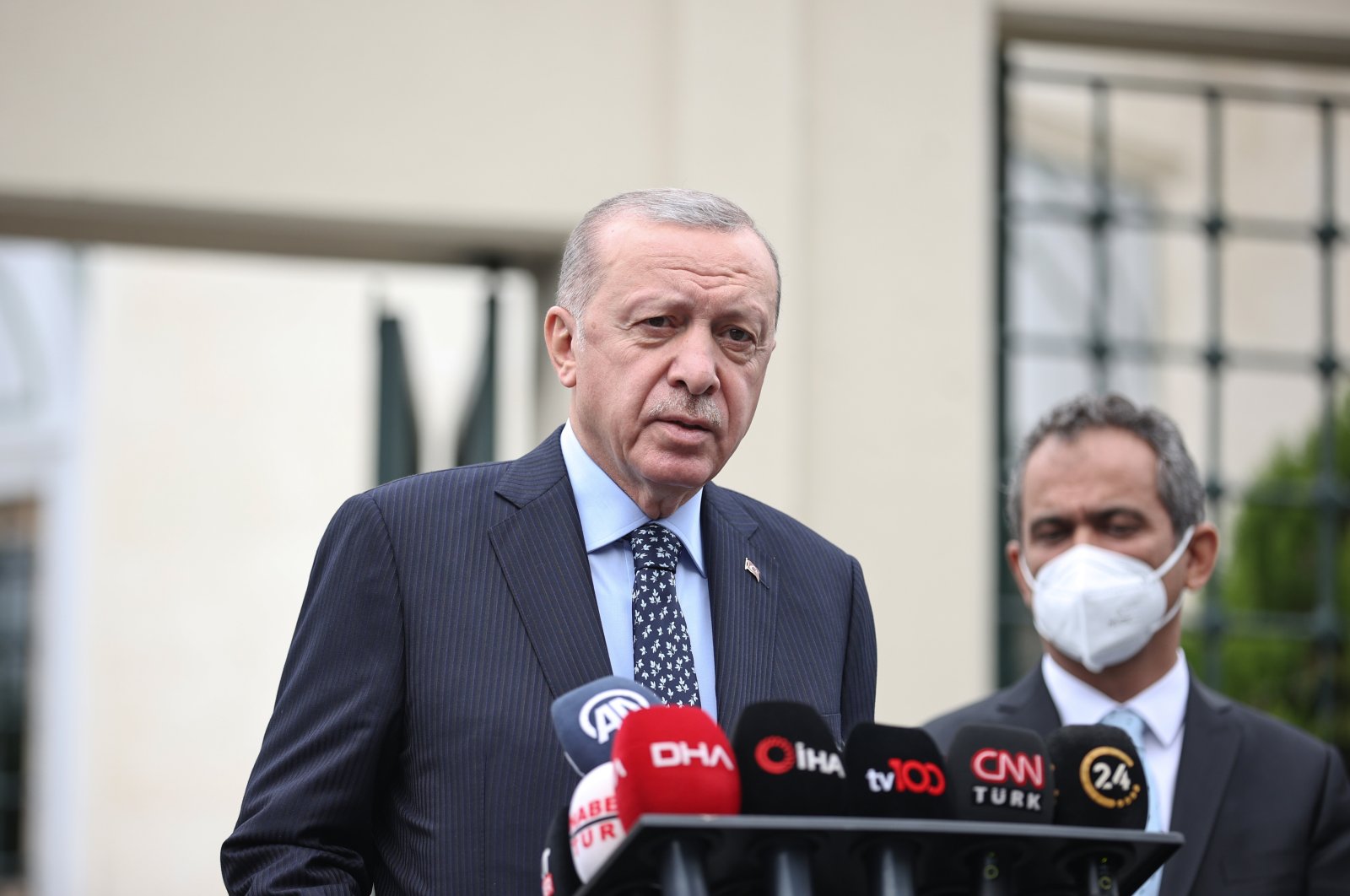 He reiterated his criticism of the United States and the U.S.-led coalition forces' support of the YPG in Syria.

Turkey will do whatever is necessary to protect its rights and interests against attacks carried out by the YPG from northern Syria, Defense Minister Hulusi Akar said Thursday.

Foreign Minister Mevlüt Çavuşoğlu also said Wednesday that the United States and Russia are responsible in part for the attacks carried out in northern Syria by the YPG, adding that the two countries did not keep their promises.

Two Turkish police officers were killed and two others wounded as a result of the YPG attack in Azaz, northern Syria, the Interior Ministry said Sunday. The YPG/PKK terrorists attacked an armored vehicle with a guided missile in the Operation Euphrates Shield area, the ministry said. The attack was launched from the Tal Rifaat region, it said. Separately, ammunition shells fired across the border from Syria's Jarablus caused explosions at two separate locations in southern Gaziantep province's Karkamış district, the governor's office said. A third shell landed within Jarablus, it said, adding that it was believed to have been launched from a region controlled by the YPG.

Azaz and Jarablus have been under the control of Turkey-backed opposition groups since Ankara's first operation into Syria in 2016. The operation aimed to drive away Daesh and YPG terrorists from its border with the country. Ankara has launched two other cross-border operations in Syria against the YPG, one of which targeted the Afrin region.

Following the attacks, Erdoğan said Monday that Turkey was determined to eliminate threats originating in northern Syria and added that the YPG killing two Turkish police officers in a terrorist attack was "the final straw."

Ankara has long objected to U.S. support for the YPG, a group that poses a threat to Turkey and terrorizes local people, destroying their homes and forcing them to flee. Under the pretext of fighting Daesh, the U.S. has provided military training and given truckloads of military support to the YPG, despite its NATO ally's security concerns. Underlining that one cannot support one terrorist group to defeat another, Turkey conducted its own counterterrorism operations, over the course of which it has managed to remove a significant number of terrorists from the region.

Erdoğan also touched upon the recent talks with the Taliban-led administration in Afghanistan. The president said that they had requests for both humanitarian aid and the functionality of the new process in Afghanistan.

"We will give all kinds of support to the Afghan people regarding these demands," he said.

"We were running the operation of Kabul airport. In the next period, if agreements can be made, we can take such steps with Qatar and Afghanistan," he also said.

This marks the first high-level contact between Turkey and the new administration in Afghanistan after the Taliban took control on Aug. 15.

Speaking to reporters after the meeting, Çavuşoğlu said that recognizing the Taliban and engaging with it are two different things. He added that Turkey reiterated the need for an inclusive government and voiced its expectations regarding the security of Kabul airport.

"The Taliban leadership said they would offer their best support if they (Afghan migrants) wanted to return to their country," he also said.

Erdoğan recently highlighted the importance of an inclusive government in Afghanistan, as he said it was crucial in reaching a deal regarding the operation of the Kabul Hamid Karzai International Airport.

Turkey has been working with Qatar to reopen the airport in the Afghan capital of Kabul for international travel. However, repairs are needed before commercial flights can resume.

Erdoğan also said at a virtual meeting of the G-20, the most powerful economies, that the international community should keep the channels of dialogue with the Taliban open to “patiently and gradually steer” them toward establishing a more inclusive government.

The Taliban say they want international recognition. They warn that weakening their government will affect security and spark an even bigger exodus of migration from the country.

Taliban officials previously noted that they want Turkey to provide aid and support to the Afghan people and called on Turkey to be the first country to formally recognize the new administration in Afghanistan.