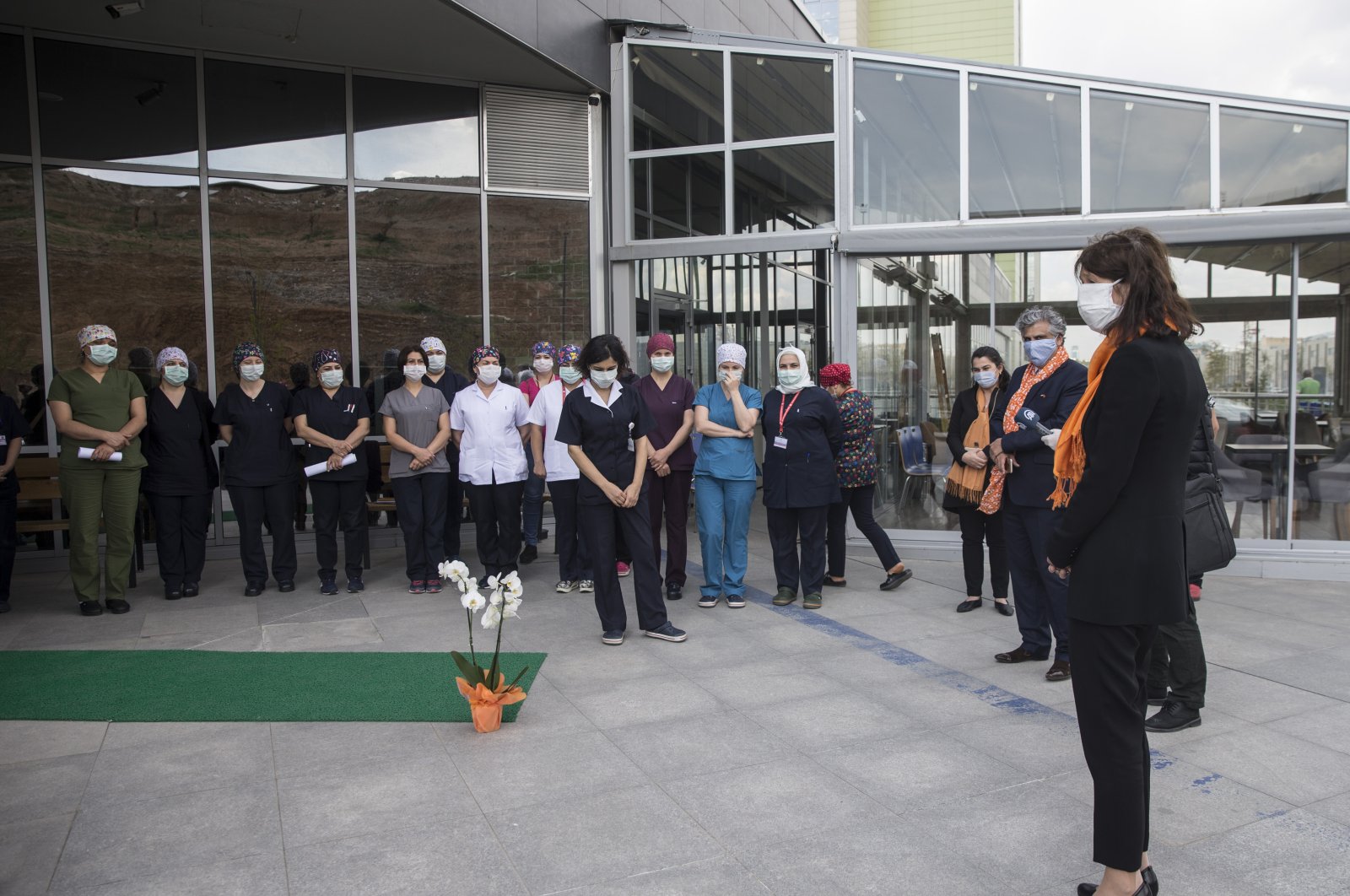 The Dutch ambassador to Ankara on Monday gave flowers to health staff at Ankara Şehir Hospital, in celebration of King's Day, the birthday of King of Holland Willem Alexander.

She thanked all health staff for their hard work and praised them for doing everything they can.

Kwaasteniet said they usually celebrate King's Day with big events, however, they are doing a different event this year due to COVID-19.

The ambassador gave the flowers to the hospital's chief official, Ayşe Gülkan, outside the hospital.

All health staff and Kwaasteniet observed social distancing during the event.

A total of 29,140 patients have recovered and been discharged from hospitals in Turkey.

Earlier this month, a Turkish association that runs a mosque in the Netherlands hung a poster outside a hospital in Amsterdam, thanking health care workers for their fight against the coronavirus outbreak.

The poster, which includes a verse from the Quran and expresses gratitude to doctors and nurses, was hung up at a bus stop opposite the hospital. “Whoever saves (a life), it is as if he had saved entire mankind,” the verse from the Quran’s al-Maidah surah, or chapter, reads. “Thanks, health care personnel,” the poster in English and Dutch, facing Meander Hospital, also says.

Ramazan Yıldız, chairman of the association that runs Amersfoort Rahman Mosque, which put up the poster, said they wanted to thank the health care personnel for their “efforts in these times."

"They work hard for public health and spend sleepless nights. They need motivation, and we wanted to motivate them with this verse and wanted to show that the Muslim community here also stands with them,” he said.

The death toll from the coronavirus has surpassed 4,500 in the Netherlands, authorities announced Monday, claiming that the measures taken to slow the infection spread "are working."

The Netherlands has so far not opted for a lockdown. Instead, it has implemented social distancing: ensuring that people follow hygiene rules, avoid public venues and maintain physical distance from each other.