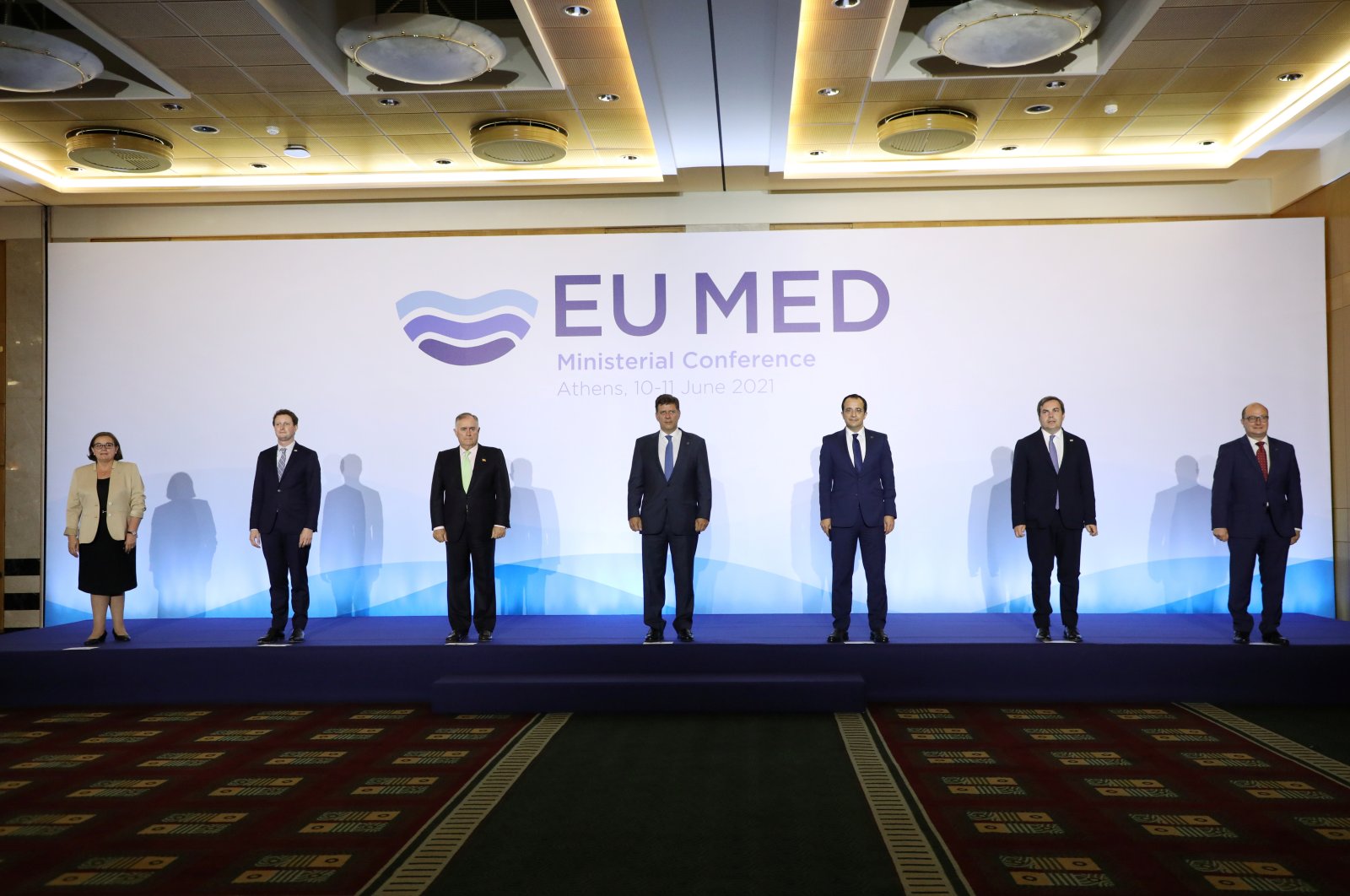 Cooperation among countries in the Eastern Mediterranean cannot be achieved without the participation of Turkey and the Turkish Republic of Northern Cyprus (TRNC), the Turkish Foreign Ministry said Tuesday in response to a recent Mediterranean conference held in Athens.

Releasing a statement in response to the joint statement of the Mediterranean EU countries (MED-7) following the meeting of their ministers in Athens, Ankara said that the statement and decisions taken at the meeting do not bear any value or meaning for Turkey.

"It is not possible for this formation, which advocates the maximalist demands and policies of the Greece-Greek Cyprus duo on the Cyprus issue and the Eastern Mediterranean, to contribute to peace and stability and the development of cooperation in the region," it said.

"As we mentioned before, a real environment for cooperation cannot be created in the Eastern Mediterranean without Turkey and the TRNC," it added.

The Greek prime minister on Friday rejected the possibility of a two-state solution to resolve the Cyprus dispute.

"No EU country will even discuss a two-state solution for Cyprus," Prime Minister Kyriakos Mitsotakis said at the MED-7 meeting.

On relations with Turkey, he said Greece was "always open to a positive agenda but in a gradual, proportional, and reversible manner."