Erdoğan attends reopening of mosque renovated by Turkey in Bosnia 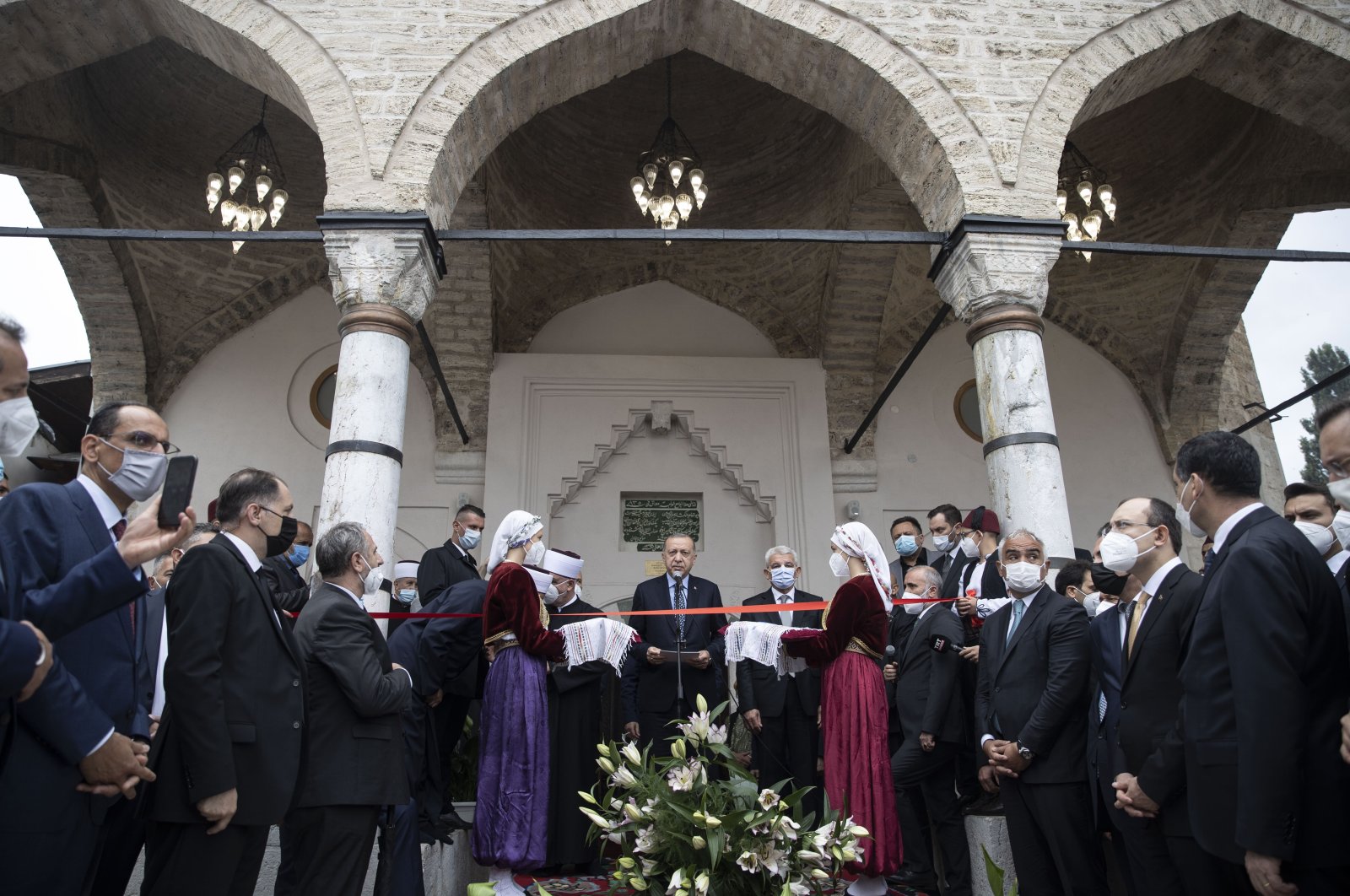 President Recep Tayyip Erdoğan attended the reopening of a 16th-century mosque in Sarajevo, the capital of Bosnia-Herzegovina.

Underlining that the Bascarsija Mosque was one of the symbols of the city of Sarajevo, Erdoğan said: "We took action six years ago to restore this work ... to its former glory."

Speaking at the event, Erdoğan urged Muslims to take their children, especially their daughters, to mosques, which he said were centers of "knowledge, wisdom, learning and teaching," as well as symbols of all members of the religion.

Non-Muslims were also welcome at mosques, he added. "We must ensure that our non-Muslim friends can come here with peace of mind, without hesitation or fear."

"I'd like to express my gratitude to everyone who contributed to the restoration of this (Bascarsija) mosque. I say, God bless our brothers and sisters from Sarajevo who will revive this work with their prayers, dhikrs (recitations), and supplications," said Erdoğan.

The Bascarsija Mosque was built in 1527 on Bascarsija square at the center of Sarajevo.

It was badly damaged in a fire in 1697. In 1762, the paint and decorative motifs of the mosque were renewed by Mehmed Pasha Muhsinovic.

During the Bosnian war between 1992 and 1995, the mosque's dome, minaret, outer walls and interior were severely damaged. Urgent repairs were later made so that the mosque could be reopened for use.

Turkey's Directorate General of Foundations recently made additional repairs on the structure's facade and its dome.

Known for its strong acoustics, the historic mosque was declared a national monument in 2006.

Erdoğan on Friday arrived in Sarajevo, the first stop on his western Balkan mini-tour visiting Bosnia-Herzegovina as well as Montenegro.

On Saturday Erdoğan will arrive in Podgorica, the capital of neighboring Montenegro, at the invitation of President Milo Djukanovic.