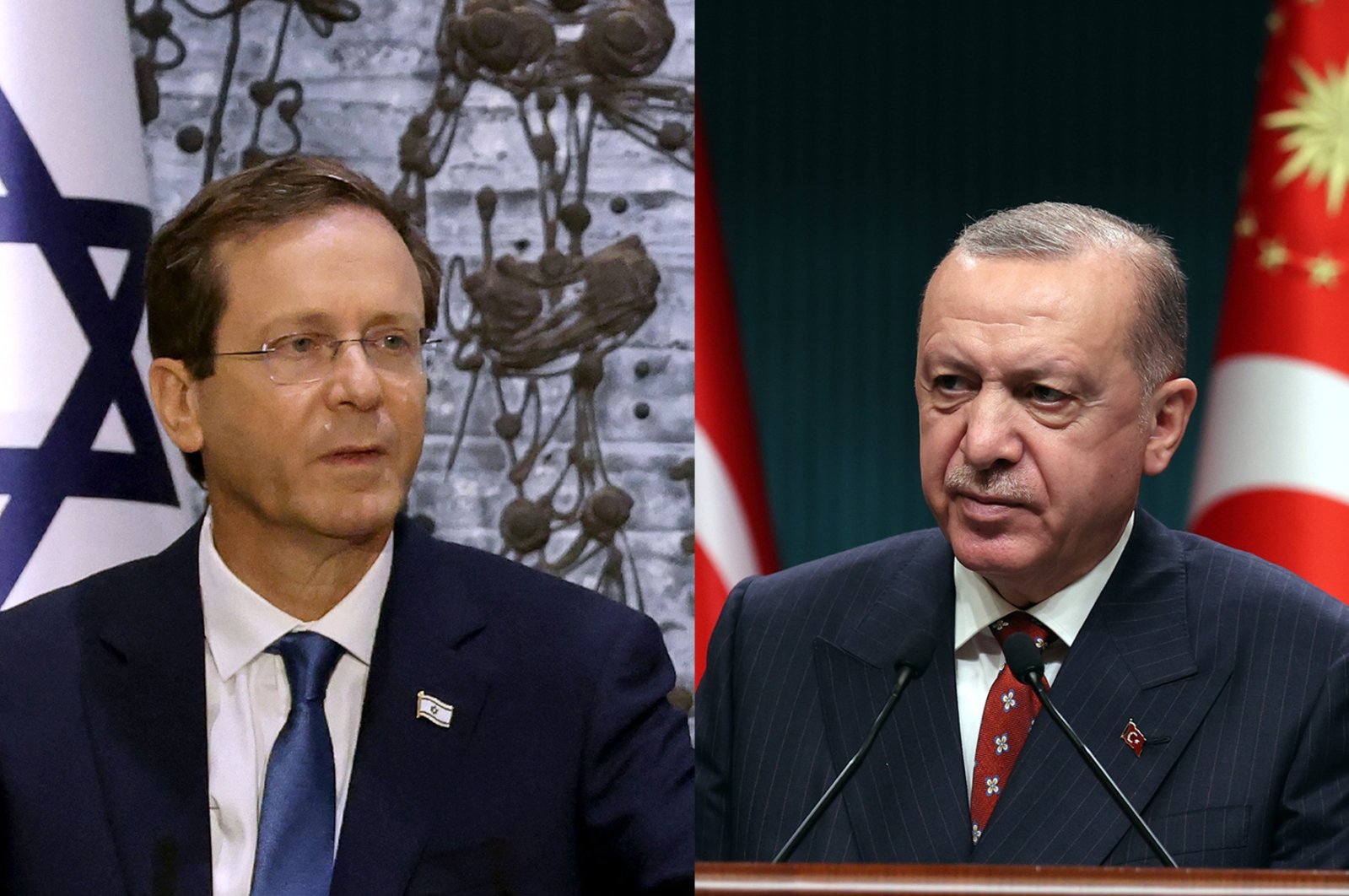 President Recep Tayyip Erdoğan held a phone call with his Israeli counterpart Isaac Herzog late Monday, discussing “high potential for cooperation in the field of energy, tourism and technology,” according to a statement from the presidency.

“Positive steps will be taken for settlement of the Palestinian-Israeli conflict, which will also contribute to a positive course for Turkey-Israel relations.”

"We both emphasized that Israeli-Turkish relations are of great importance for security and stability in theMiddle East. We agreed on the continuation of a dialogue in order to improve relations between our countries," Herzog said in a tweet following the call.

During a closed-door face-to-face meeting at the pavilion in the Çengelköy quarter of the Asian district of Üsküdar, the leaders discussed regional developments and steps to strengthen bilateral ties, Turkey's Communications Directorate said.

Peace and stability in the region will not be possible as long as the Israeli occupation continues, Erdoğan stressed, saying Turkey did not and will not remain silent about Israel's atrocities in Palestine.