Turkey will not remain silent against Israeli oppression: Erdoğan 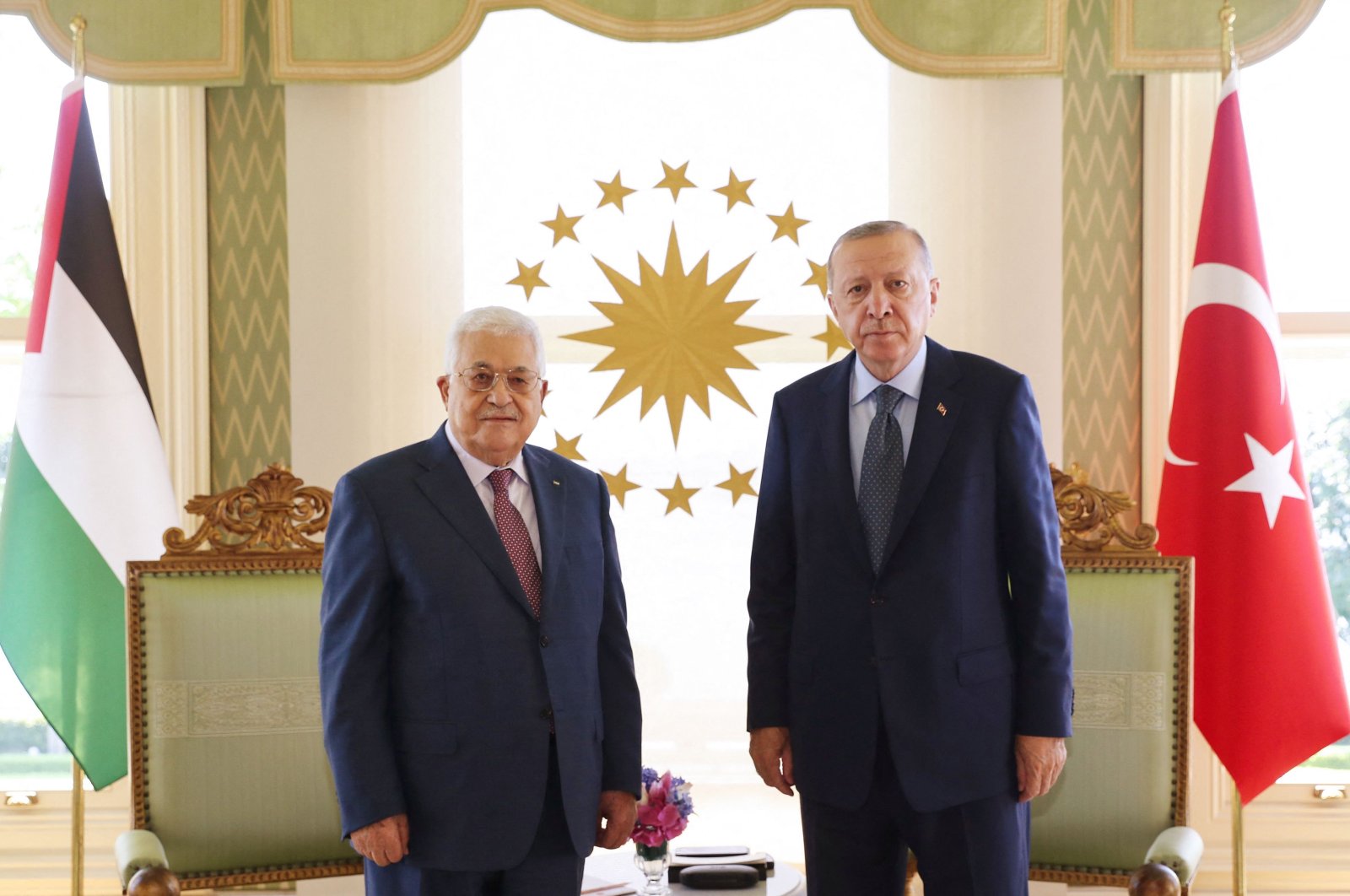 Turkey did not and will not remain silent against the Israeli oppression against the Palestinians, President Recep Tayyip Erdoğan said Saturday, as he underlined that it will not be possible to establish lasting peace and stability in the region as long as Israel's policies continue.

During a closed-door face-to-face meeting at the Vahdettin Pavilion in the Çengelköy quarter of the Asian district of Üsküdar, Erdoğan and his Palestinian counterpart Mahmoud Abbas discussed regional developments and steps to strengthen bilateral ties, Turkey's Communications Directorate said.

Peace and stability in the region will not be possible as long as the Israeli occupation continues, Erdoğan stressed, saying Turkey did not and will not remain silent about Israel's atrocities in Palestine.

He also voiced contentment over the positive course of bilateral relations with Palestine.

Abbas is on a three-day visit to Turkey at Erdoğan’s invitation.

All aspects of relations between Turkey and Palestine will be discussed during his trip, Turkey’s Communications Directorate said in a previous statement on Friday.

Ways to boost bilateral cooperation, the humanitarian situation in Palestine, and the latest developments in the Israel-Palestine conflict will be discussed, the statement said.

Also expected to be on the agenda are efforts for reconciliation between various Palestinian groups, as well as the highly anticipated elections in Palestine, it added.