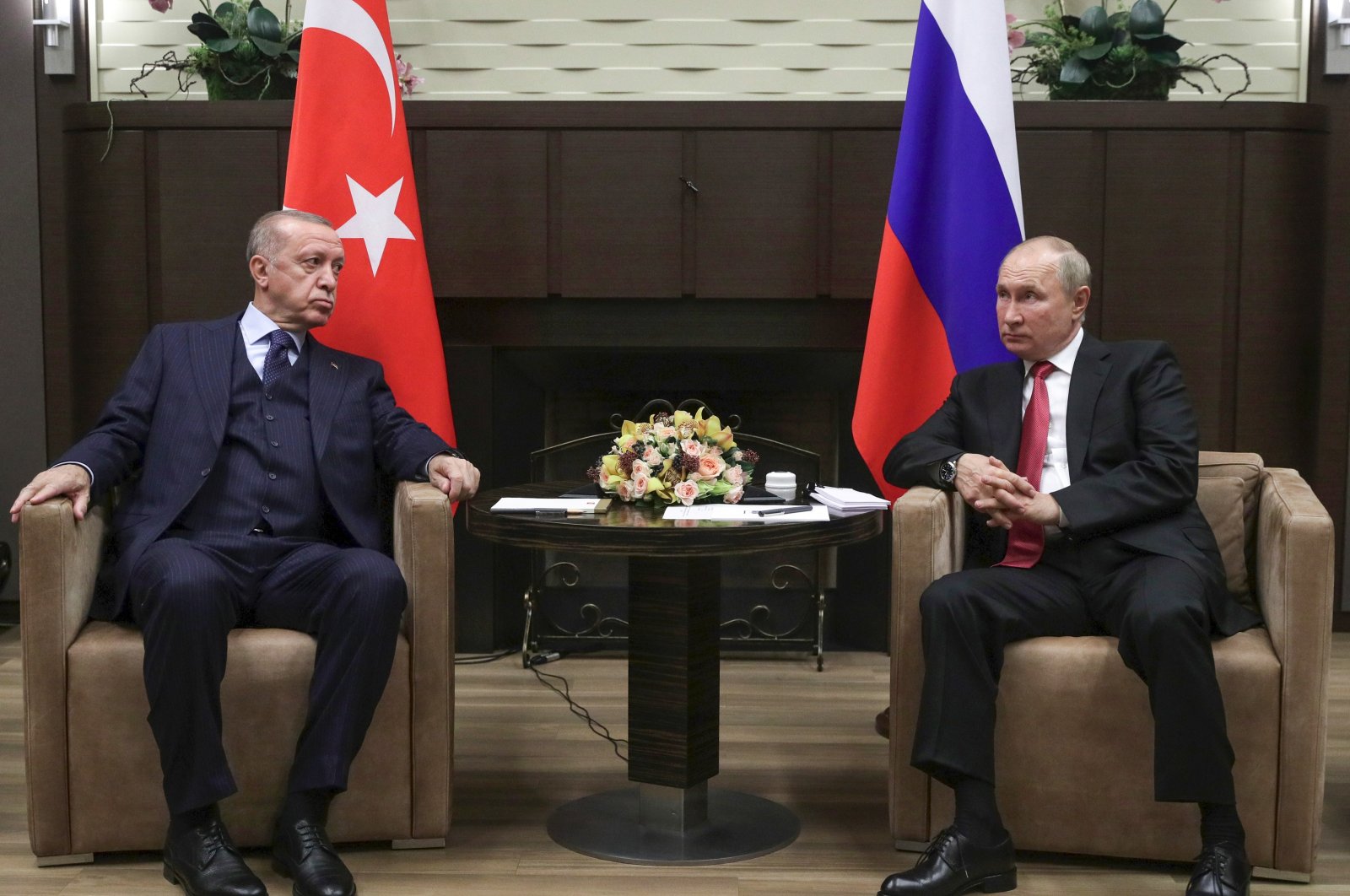 President Recep Tayyip Erdoğan and Russian President Vladimir Putin talk to each other during their meeting in the Bocharov Ruchei residence in the Black Sea resort of Sochi, Russia, Sept. 29, 2021. (AP File Photo)
by DAILY SABAH
Oct 07, 2021 11:21 am