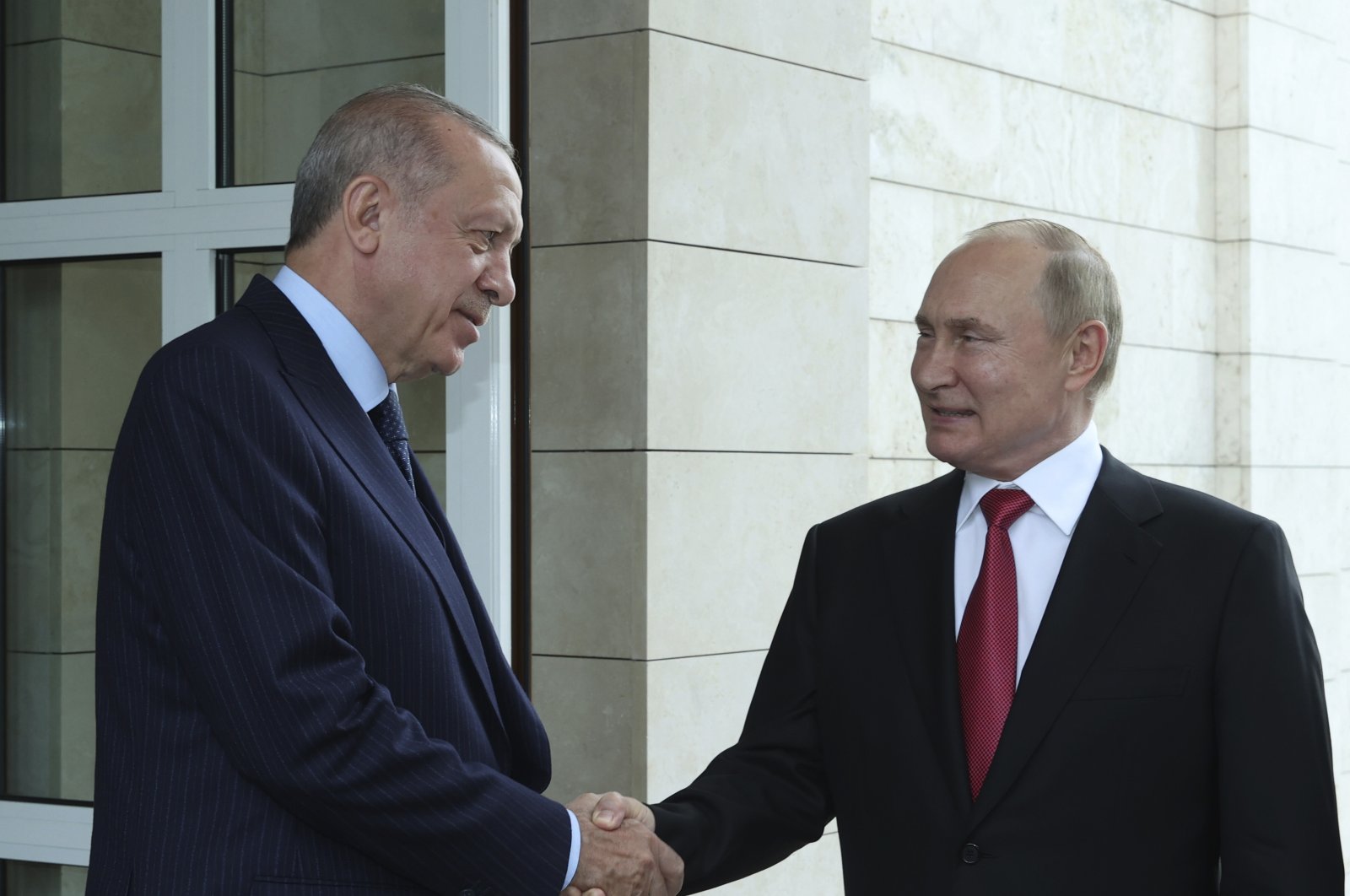 Russian President Vladimir Putin and Turkish President Recep Tayyip Erdoğan on Wednesday hailed their three-hour meeting in Sochi to discuss the Syrian conflict, describing the exchange as "useful" and "productive."

It was the two leaders' first face-to-face talks in 18 months. The Russian leader hosted Erdoğan at his Black Sea residence in the resort of Sochi after two weeks in self-isolation following a coronavirus outbreak among his aides.

The two men, who did not address reporters after the talks, had been expected to discuss northwestern Syria where Assad regime troops and Moscow have ratcheted up airstrikes in recent weeks.

In a warm post-negotiation exchange, that included a discussion of their coronavirus antibody levels, Putin thanked Erdoğan, calling the visit "useful and informative."

The Britain-based Syrian Observatory for Human Rights (SOHR) said at least 11 fighters from a pro-Turkish opposition group had been killed Sunday in Russian air raids outside the north Syria town of Afrin.

The war monitor said such Russian raids are rare in this region of Syria, which has been controlled by Turkey and its Syrian opposition allies for three years.

Earlier in the day, Erdoğan told Putin he believes there are great benefits in "Turkey and Russia keeping stronger relations each passing day."

"Negotiations are sometimes difficult – but with a final positive result," Putin told Erdoğan.

He added that they "have learned to find compromises favorable to both parties."

On Tuesday, Turkish Defense Minister Hulusi Akar had said Ankara hoped the talks would result in a return to "a peaceful situation according to our agreement."

"We are abiding by the principles of the agreement reached with Russia," Akar told reporters. "We expect the other side to also abide by their responsibilities under the agreement."

In March last year, Turkish land and air forces stemmed a Russian and Syrian regime assault that displaced one million people, brought Ankara and Moscow close to direct confrontation and threatened another wave of migration into Turkey, which is already hosting 3.6 million Syrian refugees. Due to the escalating violence, Turkey launched Operation Spring Shield. The Idlib region is home to nearly 3 million people, two-thirds of them displaced from other parts of the country.