Erdoğan extends condolences to UAE over death of Sheikh Khalifa 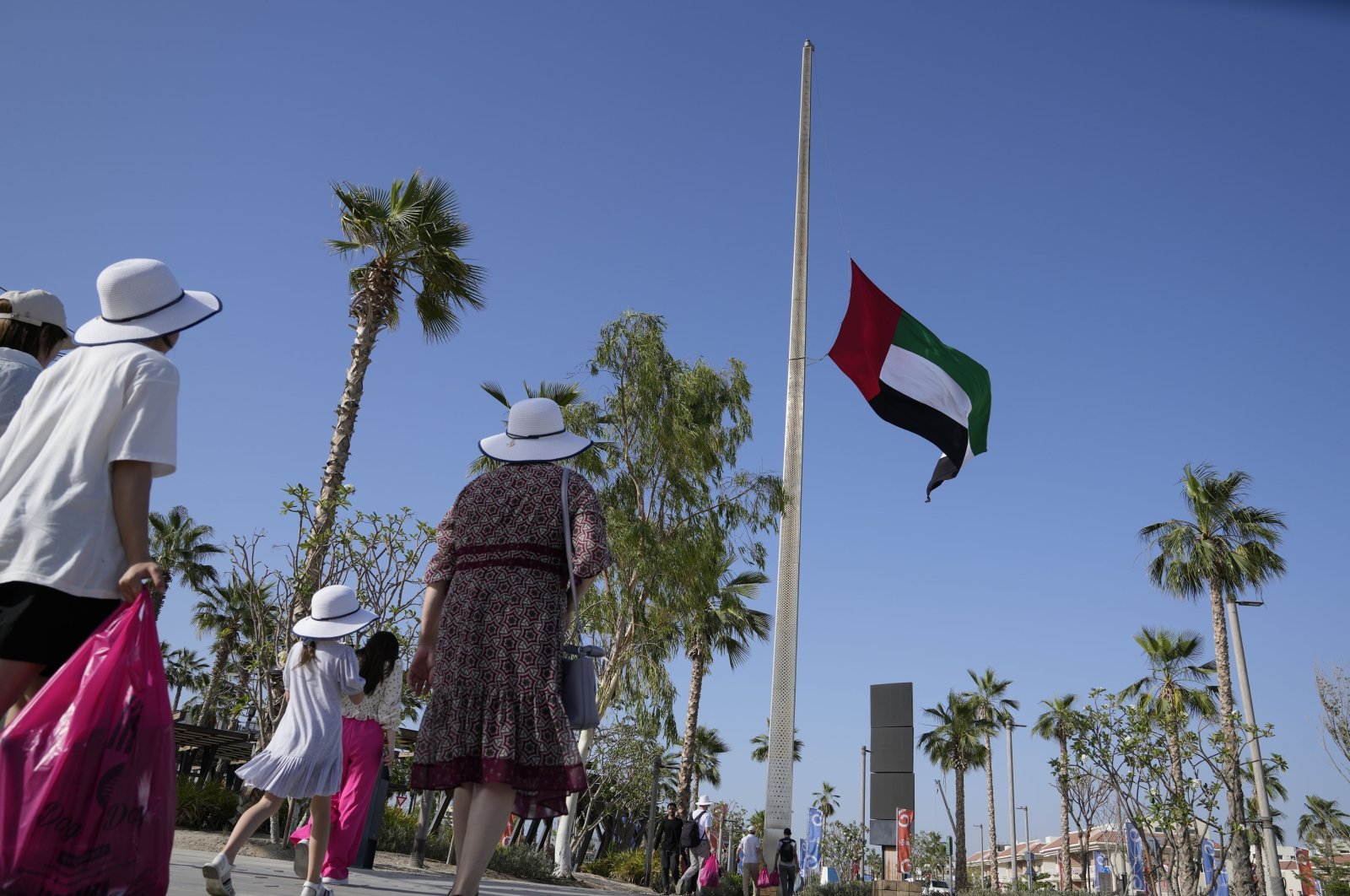 People pass by the UAE national flag flying at half-staff after the announcement of the Emirates president's death, in Dubai, the United Arab Emirates, May 13, 2022. (AP Photo)
by Daily Sabah with Agencies May 13, 2022 4:41 pm
RECOMMENDED

President Recep Tayyip Erdoğan on Friday extended his condolences to the people of the United Arab Emirates (UAE) over the death of Sheikh Khalifa bin Zayed Al Nahyan.

“I received with great sadness and sorrow the news of the death of the President of the United Arab Emirates and the Ruler of Abu Dhabi, my dear brother Sheikh Khalifa bin Zayed Al Nahyan,” Erdoğan wrote in Turkish and Arabic on Twitter.

Sheikh Khalifa, the president of the UAE, oversaw much of the country’s blistering economic growth and his name was immortalized on the world’s tallest building, the Burj Khalifa, after bailing out debt-crippled Dubai during its financial crisis over a decade ago.

The UAE’s Ministry of Presidential Affairs announced a 40-day period of mourning and a three-day suspension of work across the government and private sector, including flags to be flown at half-staff. Condolence messages from all over poured in, foremost the leaders of Arab countries supported by Abu Dhabi.

Sheikh Khalifa had long ceased having involvement in the day-to-day affairs of ruling the country after suffering a stroke and undergoing emergency surgery in 2014, a decade after becoming president.

His half-brother, Abu Dhabi Crown Prince Sheikh Mohammed bin Zayed Al Nahyan (MBZ), was seen as the country's powerful de-facto ruler and decision-maker of major foreign policies, such as joining a Saudi-led war in Yemen and spearheading an embargo on neighboring Qatar in recent years.

There was no immediate announcement about a successor, although MBZ is expected to claim the presidency as Abu Dhabi’s crown prince.