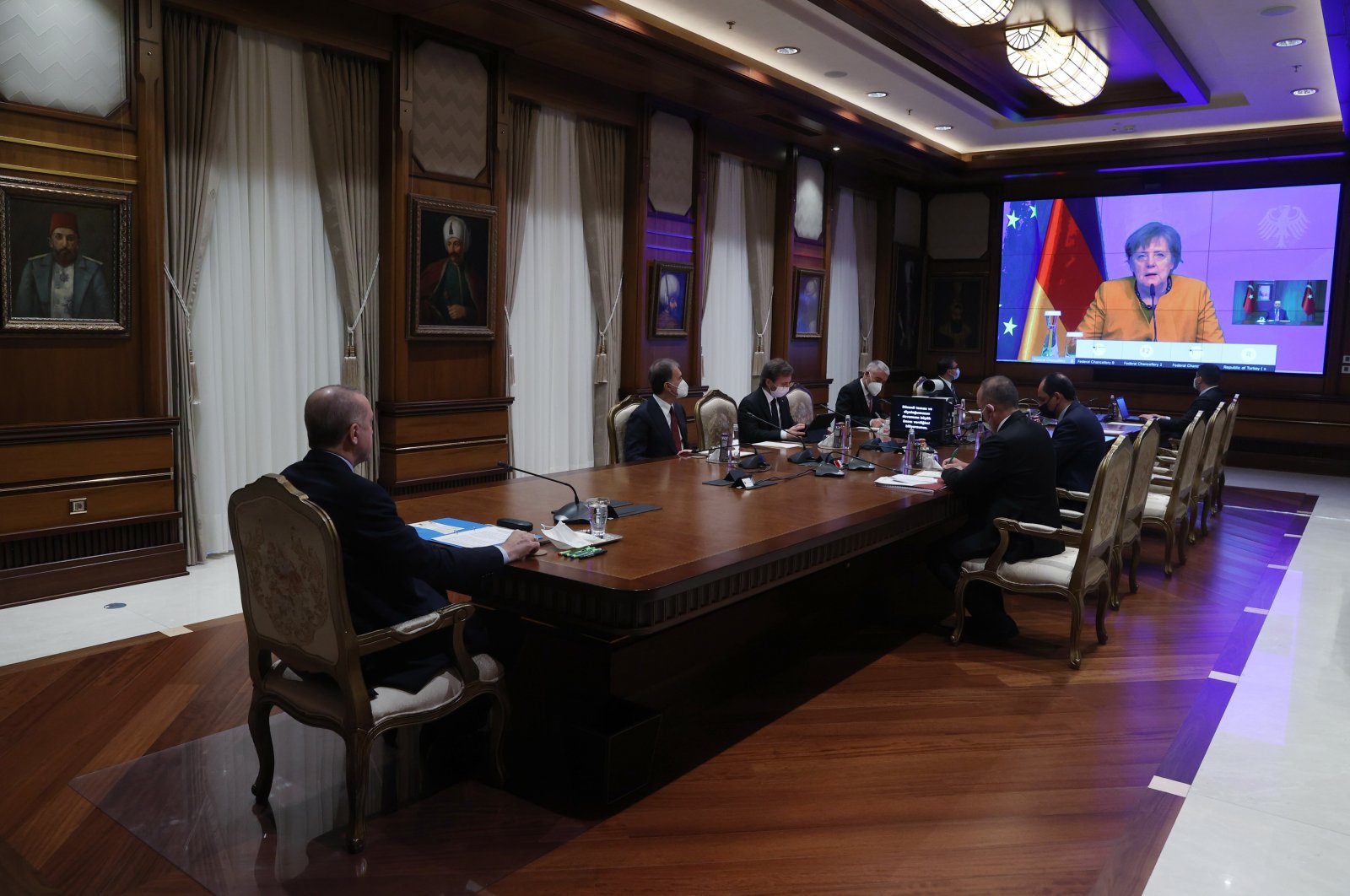 According to a statement by the Presidency Directorate of Communications, Erdoğan said that he attaches great importance to the continuation of regular discussions and dialogue with Merkel.

The president noted that Turkey expects more support from the European Union for the voluntary return of Syrian refugees, adding that Ankara continues its constructive approach regarding the Eastern Mediterranean and Aegean Sea.