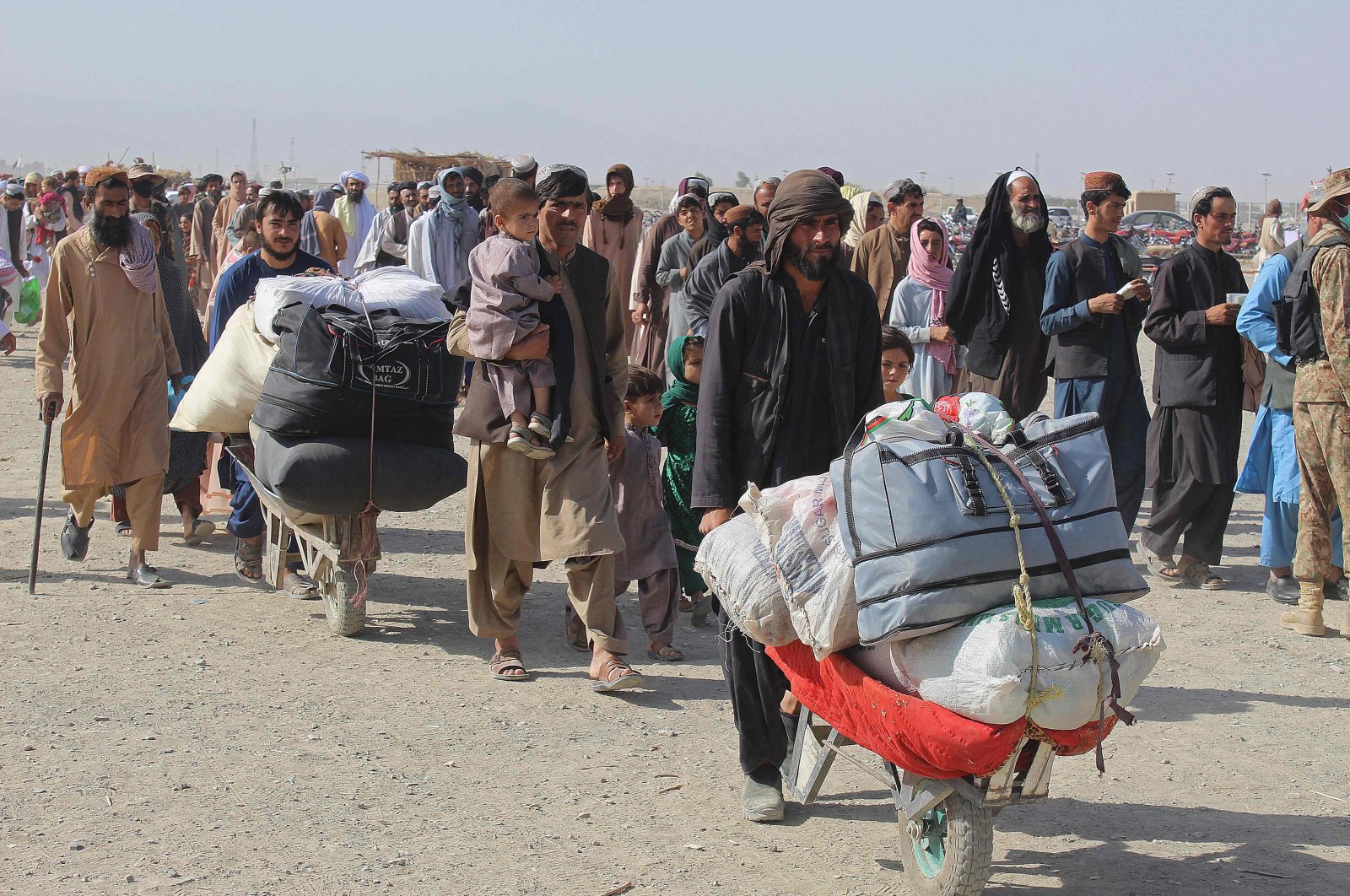 The meeting came as both countries raised concerns about a potential major influx of people fleeing Afghanistan after the Taliban’s takeover.

In the phone call, Erdoğan said that Turkey wishes for a smooth transition of power in Afghanistan and stressed that the new government needs to represent the diversity of the Afghan people.

The president also said that the European Union needs to help the Afghans not only in Afghanistan but also in neighboring countries, especially in Iran. He further warned that if necessary measures are not taken in Iran, another refugee wave is inevitable.

Erdoğan also said that Turkey is in contact with Iran and is taking precautions on the border.

The Turkish leader also said that the EU needs to honor its commitments under the March 18 refugee deal, and that declaring Turkey as a safe third country does not void the international community’s responsibilities.

Greece has repeatedly said it will not allow a repetition of 2015, when hundreds of thousands of people crossed to Greek islands from the nearby Turkish coast before heading through Greece and the Balkans north toward more prosperous countries in the European Union.

On Thursday, Erdoğan called on European nations to shoulder the responsibility for Afghans fleeing the Taliban, warning that Turkey will not become Europe’s “refugee warehouse.”

The previous day, Greek Migration Minister Notis Mitarachi said that the current priority was to evacuate EU and Afghan citizens who had worked with EU forces there, but that Greece “does not accept to be the gateway for irregular flows into the EU.”

Speaking on Greece’s Skai TV, he noted that Greece does not border Afghanistan, and “there are countries to the east of us who could provide initial protection where necessary.” Turkey, he added, was a safe country for Afghan citizens.

The comments have come amid an increase in recent weeks in the number of Afghans making their way into Turkey across the border from Iran.

“We need to remind our European friends of this fact: Europe – which has become the center of attraction for millions of people – cannot stay out of (the refugee) problem by harshly sealing its borders to protect the safety and wellbeing of its citizens,” Erdoğan said.

“Turkey has no duty, responsibility or obligation to be Europe’s refugee warehouse,” he added.

Erdoğan said his country is home to 5 million foreign nationals – including 3.6 million Syrians who fled the civil war in the neighboring country and 300,000 Afghans. Around 1.1 million are foreigners with residence permits, he said.

In 2016, Turkey and the European Union signed a deal for Turkey to stop the hundreds of thousands of migrants and refugees heading toward Europe, in return for visa-free travel for Turkish citizens and substantial EU financial support.

Ankara has frequently accused the EU of not keeping its side of the bargain, while the deal led to thousands of asylum-seekers languishing in squalid refugee camps on the eastern Greek islands.

The migration issue has also led to flare-ups in tension between Greece and Turkey, neighbors and NATO allies who have come to the brink of war several times since the mid-1970s.

In March 2020, Turkey announced its borders into the EU were open, and encouraged thousands of migrants to head to the Greek border, triggering chaotic scenes as Greece shut its border crossings with Turkey.