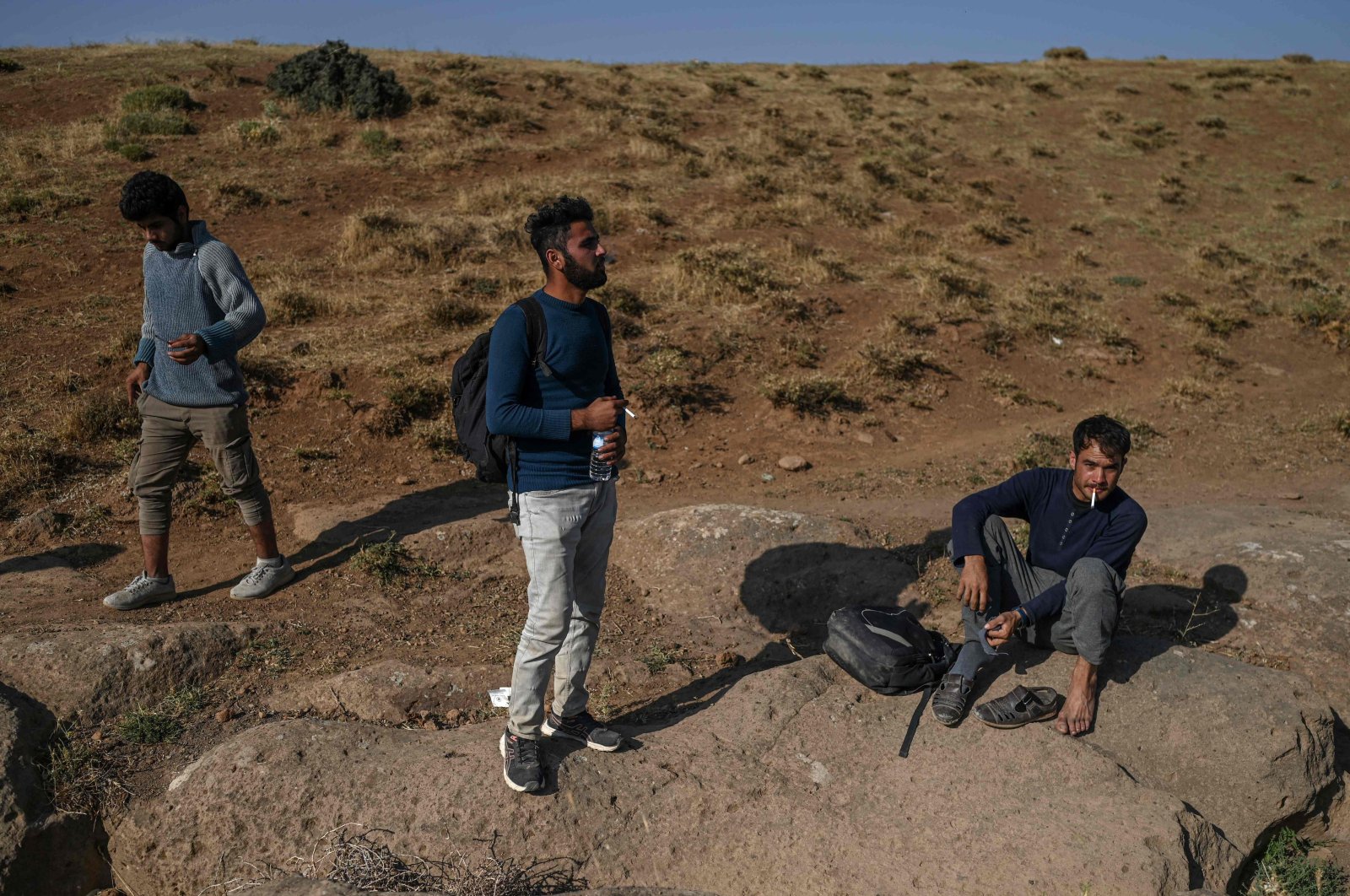 Afghan migrants rest while waiting for transport by smugglers after crossing the Iran-Turkish border on Aug. 15, 2021, in Tatvan, on the western shores of Lake Van, eastern Turkey. (Photo by Ozan KOSE / AFP)
by Daily Sabah with AFP Aug 18, 2021 5:17 pm
RECOMMENDED

Greece on Wednesday expressed its intention to deport Afghan migrants to Turkey, calling its neighbor "a safe country for Afghan citizens," despite Ankara having recently said that it will not bear the burden of migration crises experienced as a result of the decisions of third countries.

The chaotic situation in Afghanistan precludes the direct deportation of Afghans denied asylum, but Turkey remains an option for Athens, the Greek migration minister said Wednesday.

"The reality is that no country can carry out returns towards Afghanistan," Migration Minister Notis Mitarachi told Skai TV.

"Nor do we have a clear image of what conditions will prevail in Afghanistan in coming months," following the Taliban's return to power, he said, adding, it was "still early" to say whether Greece would face a new refugee wave.

But Mitarachi noted: "We consider Turkey a safe country for Afghan citizens."

Greece has for months tried in vain to persuade Turkey to take back nearly 2,000 migrants whose asylum claims Athens has rejected.

For the time being, as tens of thousands of Afghans try to flee their country, the minister said Greece's priority is to evacuate EU nationals and locals who assisted Greek forces during the NATO mission there.

"The first priority is humanitarian ... we are discussing the transport of a few families, (people who were) interpreters for the Greek army, or cooperated with us in whatever way," he said.

But Mitarachi insisted that with Greece already sheltering 40,000 Afghans, it would not become a "gateway for irregular flows" again after the huge influx of 2015.

"Twenty thousand of them are requesting asylum and 20,000 are recognized refugees," he said.

Mitarachi said Greece had made a "substantial" contribution on the issue, and that other countries "east of Greece" should assist in a potential refugee wave in the wake of the Taliban takeover.

"If the EU at some point decides on a more coordinated program to legally relocate certain (vulnerable) groups, we will look at it," he said.

Earlier in the day, EU foreign policy chief Josep Borrell said that Turkey will play a very important role in preventing the illegal crossing of irregular Afghan migrants into Europe.

Regarding the situation in Afghanistan, President Recep Tayyip Erdoğan said Sunday: “In Turkey, we are facing a wave of Afghan migrants through Iran,” adding that they will continue to make every effort to help bring stability to Afghanistan and the region.